By Steve Turner | Photos by author 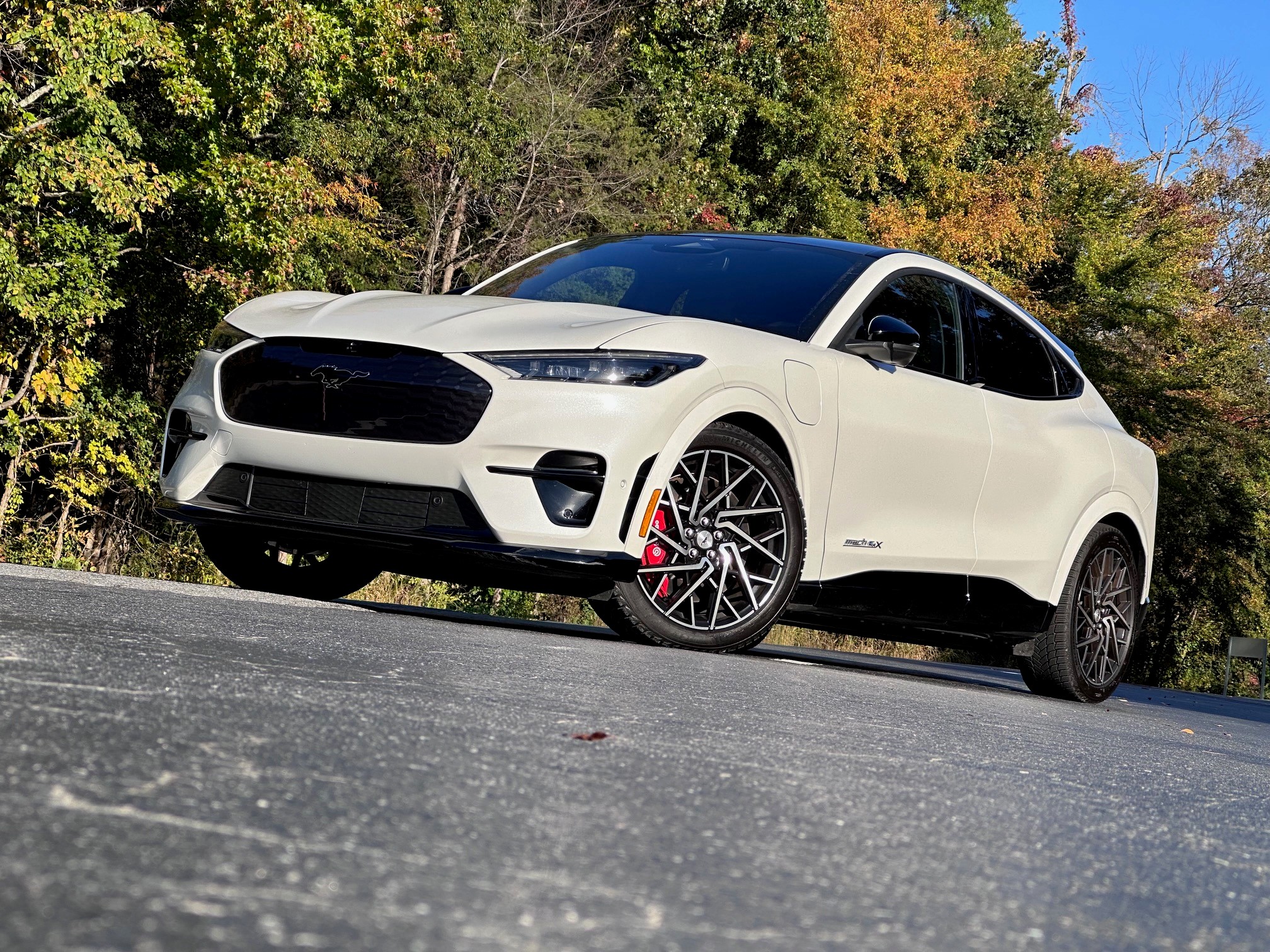 With a push of the button, my white stallion comes to life. A quick check of the settings and I discover it is already in Unbridled mode, which unlocks maximum performance. I toggle it into one pedal mode and putt it through the parking lot. Whirring toward the gate I eagerly anticipated the thrill of the instant application of torque.

Freed from the confines of the lot, I give it a quick stab and the familiar feelings rushed back from my first time behind the wheel — documented here last year.Yet I craved more, and soon a looping on ramp beckoned. Foot to the floor the instant application of 634 lb-ft of torque snaps my head back against the headrest.

“With Mustang Mach-E GT and Mustang Mach-E GT Performance Edition, we’re pushing the boundaries of what an electric vehicle can offer,” Dave Pericak, vehicle program director, said last April. “These Mustang Mach-E models not only give customers the added capability expected from the GT name, but the responsiveness of their electric powertrains will ensure they have a thrilling experience behind the wheel.”

His words still ring true today. This particular model is upfit with the Performance Edition option, which adds 20-inch wheels, summer tires, and a MagneRide suspension. Those bits come in handy as I dive into the turn. The tires dig in without complaint as the quick-reacting suspension adjusts to apply 480 horsepower. When the time comes the big Brembos reel in the fun as itis time to join the regular traffic flow.

Merging with the flow I quickly flick on the cruise control, and BlueCruise takes over.It is still disconcerting to remove hands from the wheel, but the Mach-E GT makes the brief commute more relaxing. Freed from fretting about the traffic allowed thinking about the mission at hand. I was en route to Foxtoberfest at Charlotte Motor Speedway, but before that, it was time for sleep.

Knowing my chariot for the brief sojourn to retro Mustang bliss was electric, I chose a hotel that was a bit farther away from the speedway, but offered a free charger. That my ride could juice up while I slept and we’d both be ready to gallop early the next morning.

Full of gigawatts and caffeine the Mach-E GT and I headed out for a morning detourfor some photos before heading to America’s Home for Racing. Whether it wasdarting through curvy backroads or slogging through traffic, the Mach-E GT was both scintillating and amenable. It easily transitions from docile to deft.

“We already pushed the envelope by creating an electric vehicle with the pony badge, so it’s only natural that we push it even further,” Darren Palmer, vice president, Electric Vehicle Programs at Ford, said when the Performance Edition was revealed. “Mustang Mach-E GT Performance Edition not only gives you the added performance you expect from the GT name but accentuates the thrill with the responsiveness of an all-electric powertrain.”

Moving from the future to the past and back again on my trip to Foxtoberfest, a second jolt behind the wheel of the Mustang Mach-E GT Performance Edition confirmed that my first impressions weren’t wrong. While an electric Mustang SUV mightnot be for everyone, those who are into the idea can’t go wrong with his model. This electric Mustang is a lot of fun, and if it only gets better from here, Ilook forward to seeing what’s next.