Text and Photography by Jim Smart 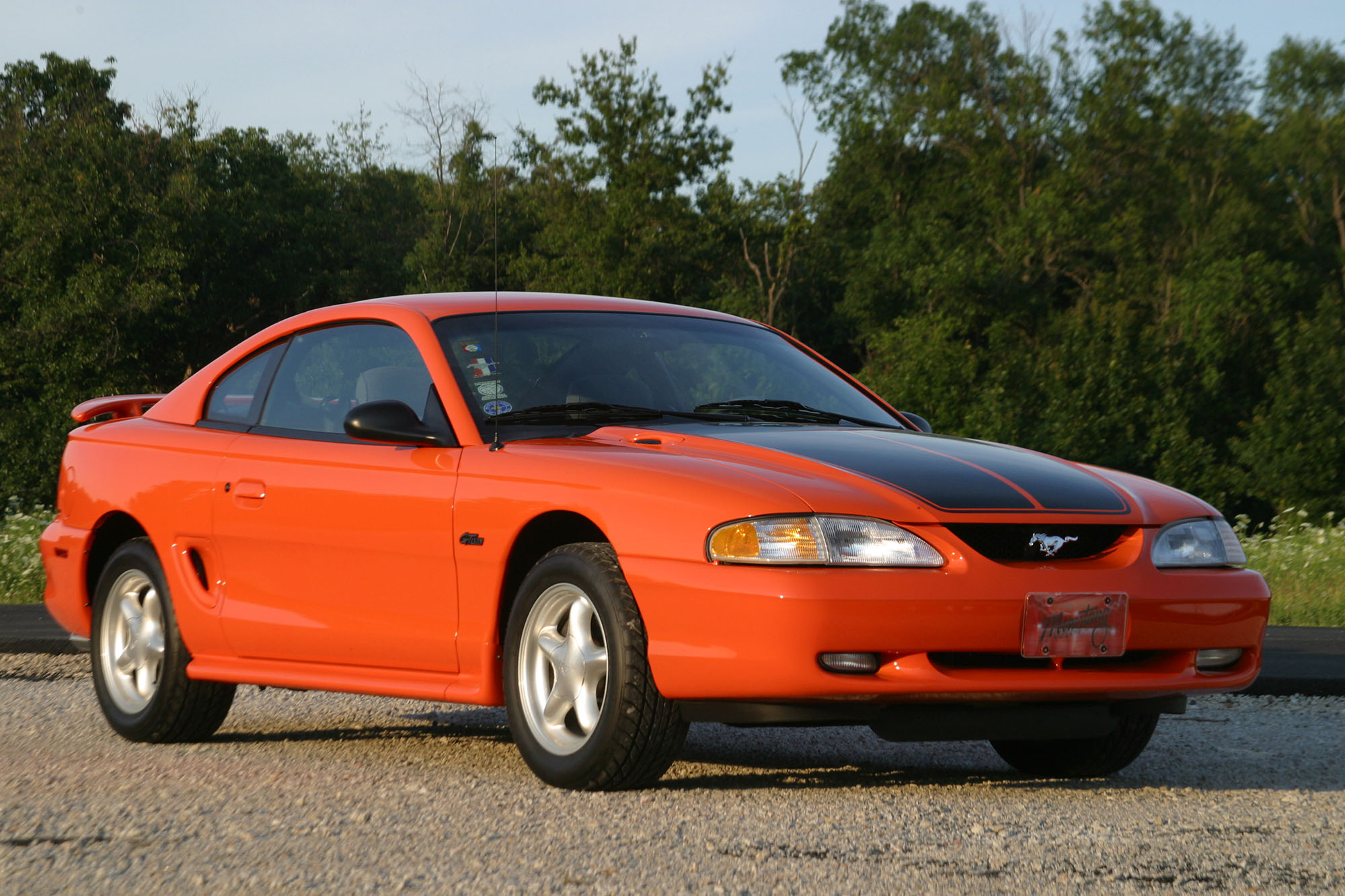 Just two years after ushering in the arrival of Ford’s all-new retro SN-95 Mustang, Ford quickly re-engined this slippery aero body with the marque’s first-ever overhead cam V-8. It would be the first model year in Mustang history without the traditional 90-degree overhead valve 260/289/302ci “Fairlane” V-8. The 4.6-liter overhead cam Mustangs were a new driving experience because Ford’s Modular V-8 was completely different than the overhead valve V-8 engines it replaced.

The Modular V-8 was a high-revving heavy breather that infused new life into the Mustang GT (two-valve) and SVT Cobra (four-valve). Easing out on the clutch was exhilarating as this engine began to take charge of a new Mustang driving experience. It accelerated more aggressively than the classic pushrod V-8s and revved freely to 6,000 rpm. It kicked you in the posterior across a broader torque curve than its predecessors. It wrapped up its temper tantrum around six grand, leading you into the next highest power plateau on the way to six-digit speed. On the open road in overdrive, the Modular offered quiet cruise operation. This exciting new V-8 offered Mustang buyers the best of all worlds.

What’s more, Ford’s state-of-the-art 4.6 Modular V-8 delivered something Mustang enthusiasts probably didn’t expect—durability. Not only has this engine provided stunning performance in all its incarnations, it has gone the distance without complaint, passing the 200,000-mile mark more often than not since 1996.

When Jean Roos of Evansville, Indiana, went back to work after 17 years of child rearing, she decided to saddle up behind the wheel of a new Bright Tangerine 1996 Mustang GT coupe. The car was immediately a keeper because it was something she sat down and ordered exactly what she wanted. Not many were produced like it. Her order made its way from Southern Indiana to Dearborn, where the car was planned, bucked, serialized, and built on May 17, 1996. Turns out it was the first of many Mustang GTs built that day at the Dearborn Assembly Plant. Of the 826 Bright Tangerine Clearcoat Metallic (Color Code CM) Mustangs built for 1996, just 52 of them were like this GT coupe with the Cloth Sport interior in Medium Graphite with the 4.6L engine and five-speed.
‍

We ran into Jean and husband David at the MCA National Show in Springfield, Illinois, in 2007 when this car was but a year old. Through the years, we’ve seen Jean and David many times on the MCA show circuit as they accumulated show points. For nearly a decade, Jean and David have been fiercely committed to keeping the car showroom new. They have become something of a familiar MCA institution and role models for others who are committed to the SN-95 breed.

Today, Jean and David inventory some six Mustangs in their stable, ranging from classic to late-model, including a 2012 Boss 302. They’re never without a Mustang to drive.

It may surprise you to know with all this late-model Mustang iron in the garage Jean also has a Vintage Burgundy 1966 Mustang. Today, Jean and David inventory some six Mustangs in their stable, ranging from classic to late-model, including a 2012 Boss 302. They’re never without a Mustang to drive.

During a recent conversation with David, we learned he and Jean continue to frequent the MCA show circuit in their quest for fresh memories and show points. With that, they’re often seen with this blazing Bright Tangerine Mustang GT. It hasn’t been so much the rewards they have experienced from excellent showmanship, but instead the friends they’ve made and what they’ve learned along the way.

The song “Tangerine” was first published in 1941 and employed in “The Fleet’s In,” a wartime movie starring William Holden, Dorothy Lamour, Eddie Bracken, Case Daily, and Betty Hutton. Victor L. Schertzinger wrote it with lyrics by Johnny Mercer. Ironically, Schertzinger died the year the song was written. As we understand it, band leader Jimmy Dorsey recorded this popular tune with vocalists Helen O’Connell and Bob Eberly, and put it on Decca Records. It was a smash hit on the charts for 15 weeks. “Tangerine” remains a popular nostalgic tune today and has been performed by untold hundreds of vocalists and instrumentalists since the 1940s.