WHAT WOULD FOOSE DO?

Text and Photos by Josh Bolger 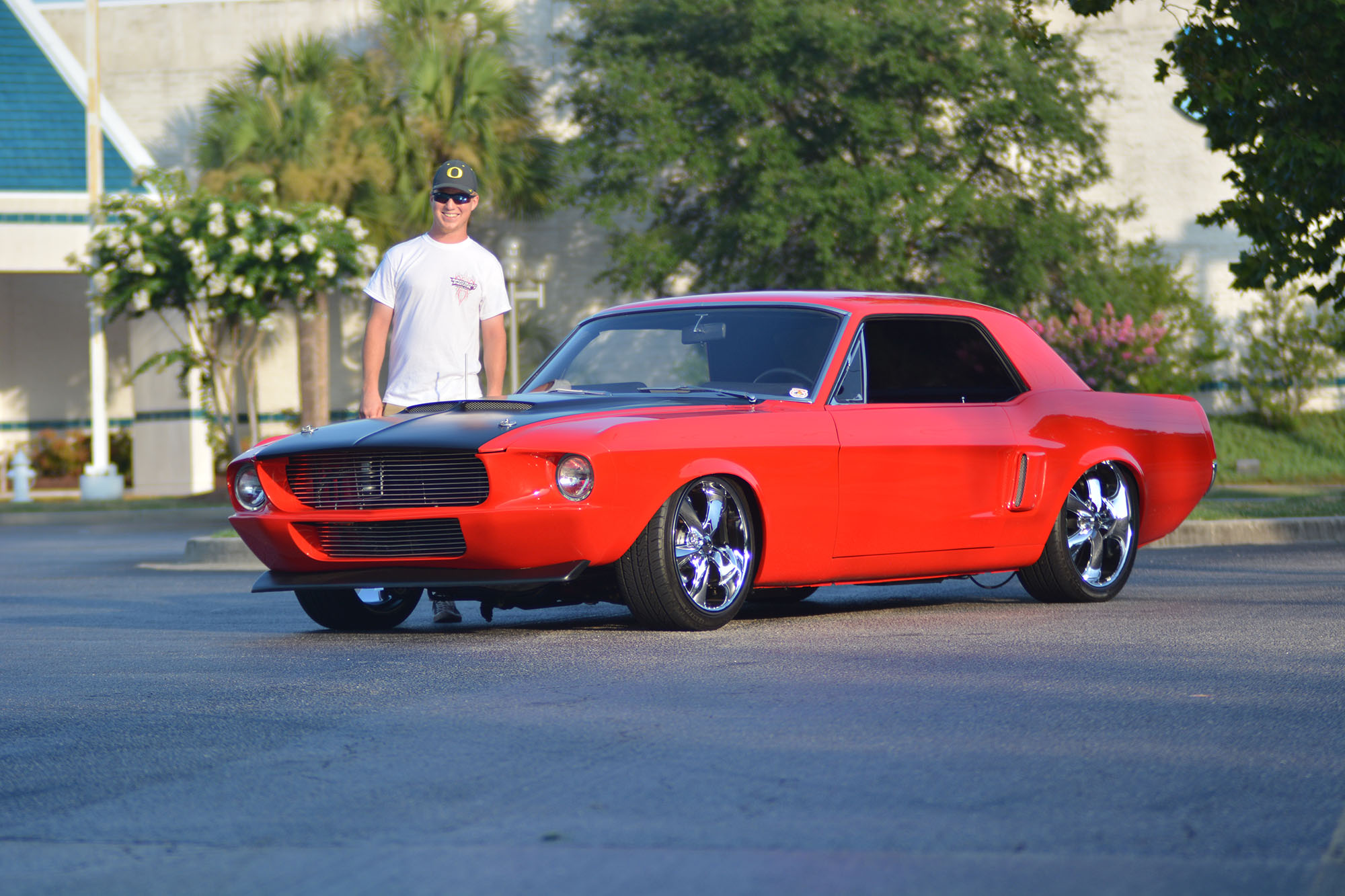 You might think that an early car would belong to a more seasoned Mustang aficionado—not so for this ’67. Dustin hasn’t made it to the quarter-century mark, but that lack of birthdays hasn’t stopped him from putting together a great looking car with some subtle custom touches that might come out of the shop of a premier builder—say Chip Foose.
‍

A quick look and you miss the little subtleties that make Dustin’s car a looker. Gone are the door handles, drip edges, emblems, and fender caps both front and rear, something not easy to accomplish on an early Mustang. The Shelby hood, quarter scoops and deck-lid were blended and fit to the original sheet metal. These touches were all inspired by—you guessed it—Chip Foose. Dustin was not bashful about his admiration of Foose, telling us that when he was planning the car his mantra was “How would Foose do it?” Not a bad plan, and this young Mustang Driver pulled it off quite well. Did you catch the Foose Legend wheels? Subtle, huh?

When the car was first reborn, it rode on coils and leafs just like every 1967 Mustang, but slamming an early Mustang is not easy to do with coils and leafs. So Dustin and his dad “bagged” the Mustang on all four corners. Now it drags the rockers.

Dustin comes from a Ford family. His dad’s ride is a 1950 F1, and a gift from his grandfather enabled Dustin to buy his Mustang at the old age of 14. Dustin said he was drawn to the 1967 Mustang at an early age; we’d say so considering he got the title at 14. He gives his dad lots of love when it comes to the Mustang. Dustin’s dad helped him find the right people for paint and body, engine, and transmission, but don’t think it was all gifts from dad. Dustin paid for the skills and talents of others where it counted by working for his dad and mowing lawns. The things he could wrench on himself he did just that.

When the car was first reborn, it rode on coils and leafs just like every 1967 Mustang, but slamming an early Mustang is not easy to do with coils and leafs. So Dustin and his dad “bagged” the Mustang on all four corners. Now it drags the rockers. The front drops four inches and the rear five, all due to the Ride Tech system with 4-link rear. To get those 20x8.5-inch tires under the Mustang, an 8-inch rear from a 1965 Mustang helped tuck the rubber under the car. Up front, the Foose Legends are 18x7 to give the car a good front/rear stagger.

Our eye wasn’t the only one caught by this 1967 coupe—Dustin has won a few awards in just the past year or so, including Editor’s Choice at the F100 Super Nationals; Mighty Mustang at the Good Guys South Nationals; Best Modified at the Mustang Club of America’s Florence, South Carolina show; and most recently Best Paint during the 2015 MustangWeek car show.

We hope that Dustin has other Mustangs in his future because if they’re put together like his first one, he’s going to need a bigger trophy cabinet.