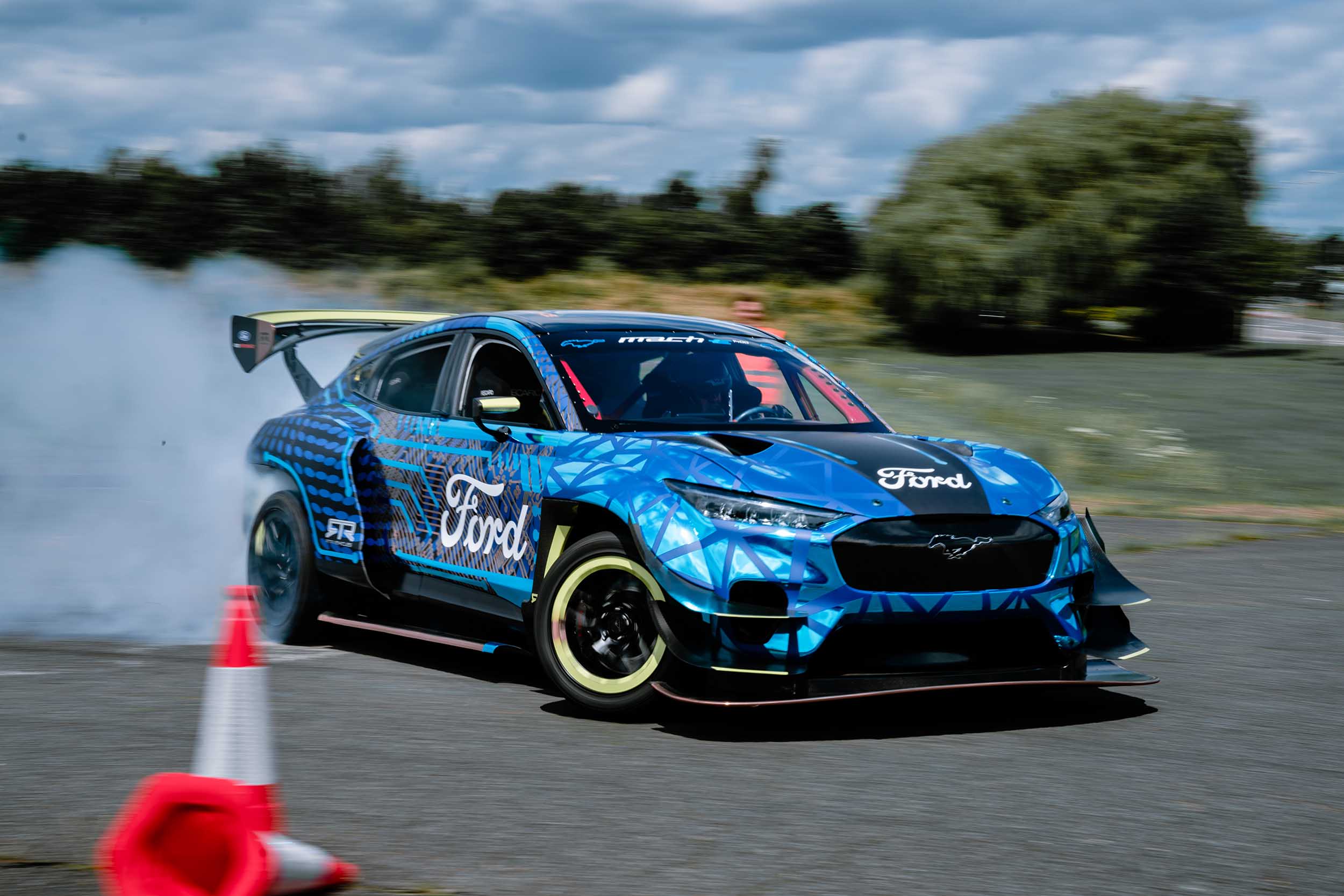 Each July the motoring world turns its focus to the Goodwood Estate in the United Kingdom.

The beautiful venue in West Sussex plays host to a long weekend of automotive celebration, the centerpiece of which is the Goodwood Hill climb. This 1.16-mile course serves as the showcase for hundreds of vehicles over the course of the event.

“‘Fun-to-drive’ is in Ford’s DNA. Every vehicle we make is designed to put smiles on faces. Now we’re ready to shift fun-to-drive into a new gear for the all-electric era, supported by innovative new powertrain and connectivity technologies, and starting with our all-new, all-electric Mustang Mach-E,” Roelant de Waard, general manager, Passenger Vehicles, Ford of Europe, said.

This year Ford’s presence had a distinctly electric feel, which included runs by the Team Fordzilla P1, the new Ford Puma Hybrid Rally 1, and the Mustang Mach-E 1400. The latter machine posted the 14th quickest run of the weekend, a 54.85-second blast with Richard Westbrook behind the wheel. That was just behind the pace of the Ford Puma Hybrid Rally 1, driven by Matthew Wilson to a 54.55-second run, which earned the 13th spot.

That wasn’t the only run the Mach-E 1400 made up the hill, however. Truly emphasizing Ford’s commitment to electrification, CEO Jim Farley took a turn driving the max-effort Mach-E up the historic hill.

“The acceleration is awesome,” Farley enthused after the run. “Now I can compare between the V8 and this — no comparison. It is so much faster!”

Watching the Mach-E 1400 effortlessly whir up the course was definitely a different experience for the viewer, but it sounds like it will be much more common in the future.

“I remember talking to Vaughn (Gittin Jr.) about this as an idea, and here it is. I watched it at the Revival, and now to be able to drive it up the Hill. They continue to refine it, so it’s really an honor,” he added. “Yeah, I mean we have launched the Mustang Mach-E in Europe and now we’ve got this; showing people what they can do. This is the first time that Ford has had an all-EV lineup at Goodwood, and it’s about time.”