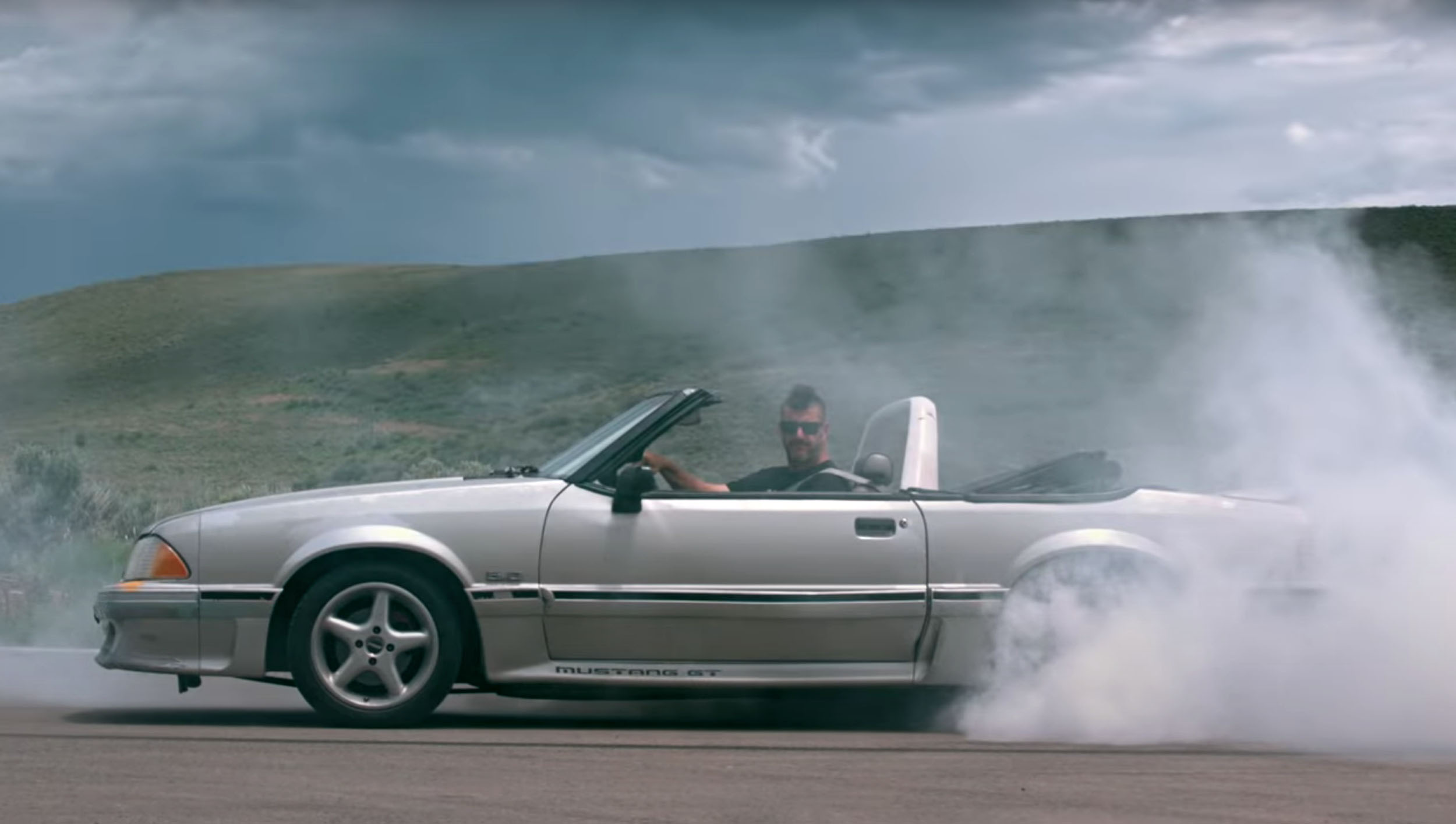 Known around the world for the amazing Gymkhana videos that showcase his driving skills and love of hooning, Ken Block has a storied history of creating and enjoying some impressive vehicles.

Recently, the head Hoonigan caught onto the Fox Mustang craze when he revealed plans for the HooniFox project. That carried him down the rabbit hole to the point that he just had to have one of his own.

“Carcaine can make you do funny things, like hop on a one-way flight with a pocket full of cash — to buy a Fox-body Mustang you haven’t seen — from a dude you’ve never met - before driving 500 miles straight back home overnight — to do drop-top burnouts till the tires literally come off!”

As such, Block and his partner in crime, Zac Mertens, hopped a flight to Denver with $4,000 in-hand to purchase, of all things, a well-worn Fox Mustang GT convertible.

“Destiny has determined that I need more Fox bodies in my life,” Block said in the included video. “I don’t even have one yet, but that’s what we need to do is go get a Fox-body today.”

Upon returning to Hoonigan Racing Division HQ with the Fox convertible, Block’s team refilled its nitrous bottle and they set out for some hooning. The nitrous malfunctioned, but the pushrod 5.0 was plenty up to the task of killing all tires in naturally-aspirated form.

There is no telling what the future holds for this droptop Fox, which the pair named “Destiny,” because, as Mertens explained, “She’s a Fox, she’s topless, and it’s kind of a stripper name. She may be a little rough around the edges, but she purrs like a kitten.”