Mustang Powered By A 415-Cube Windsor? 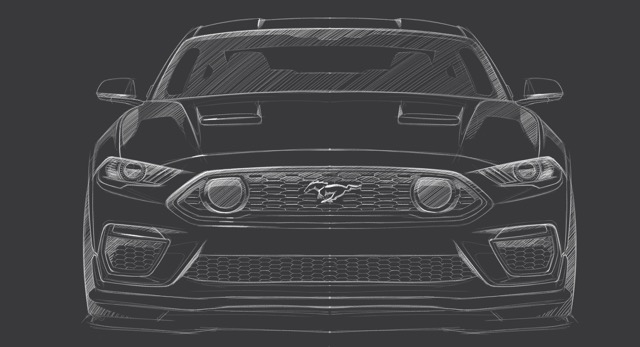 Back in September, Ford agreed to invest big money in two of its Canadian plants. While most of the investment revolves around battery-electric vehicles, one of the plants benefiting from renewed focus is the iconic Windsor Engine Plant. That plant currently assembles the Coyote 5.0-liter and the Godzilla 7.3-liter engines.

However, it is an engine set to birth from this legendary plant in 2022 that has Ford fans across the internet salivating. During a recent press conference, Unifor National President Jerry Dias said the plant would build a new 6.8-liter engine for the F-150 and Mustang.

“Highlights of the deal include $1.8 billion to retool and build new battery-electric vehicles in Oakville, including a crossover utility vehicle (CUV), and $148 million for Windsor powertrain facilities,” Unifor confirmed in a press release. “Ford has committed to source new 6.X-liter engines to the Windsor Engine Plant and sole source 5.0-liter engine assembly and current component machining to the Essex Engine plant, along with any derivatives.”

Now little information is known about this 415-cube power plant, as Ford is never keen on discussing its future products. However, the popular prognostication sees this engine and a smaller-displacement version of the pushrod Godzilla 7.3-liter engine, perhaps utilizing an aluminum block to shave off some weight.

While putting a push-rod engine back in the Mustang would certainly be a nostalgic move, it would also be somewhat shocking given the overhead-cam wonders under the hood currently. That said, there is definitely room for another specialty model betwixt the Mach 1 and GT500. However, an engine built in 2022 would be intended for the 2023 model year, which is the likely debut of the next-gen S650 Mustang.

It will be interesting to learn more about this engine, but it is more exciting to know that, despite the rush toward electrification, we should see another new V8 engine in the Mustang.