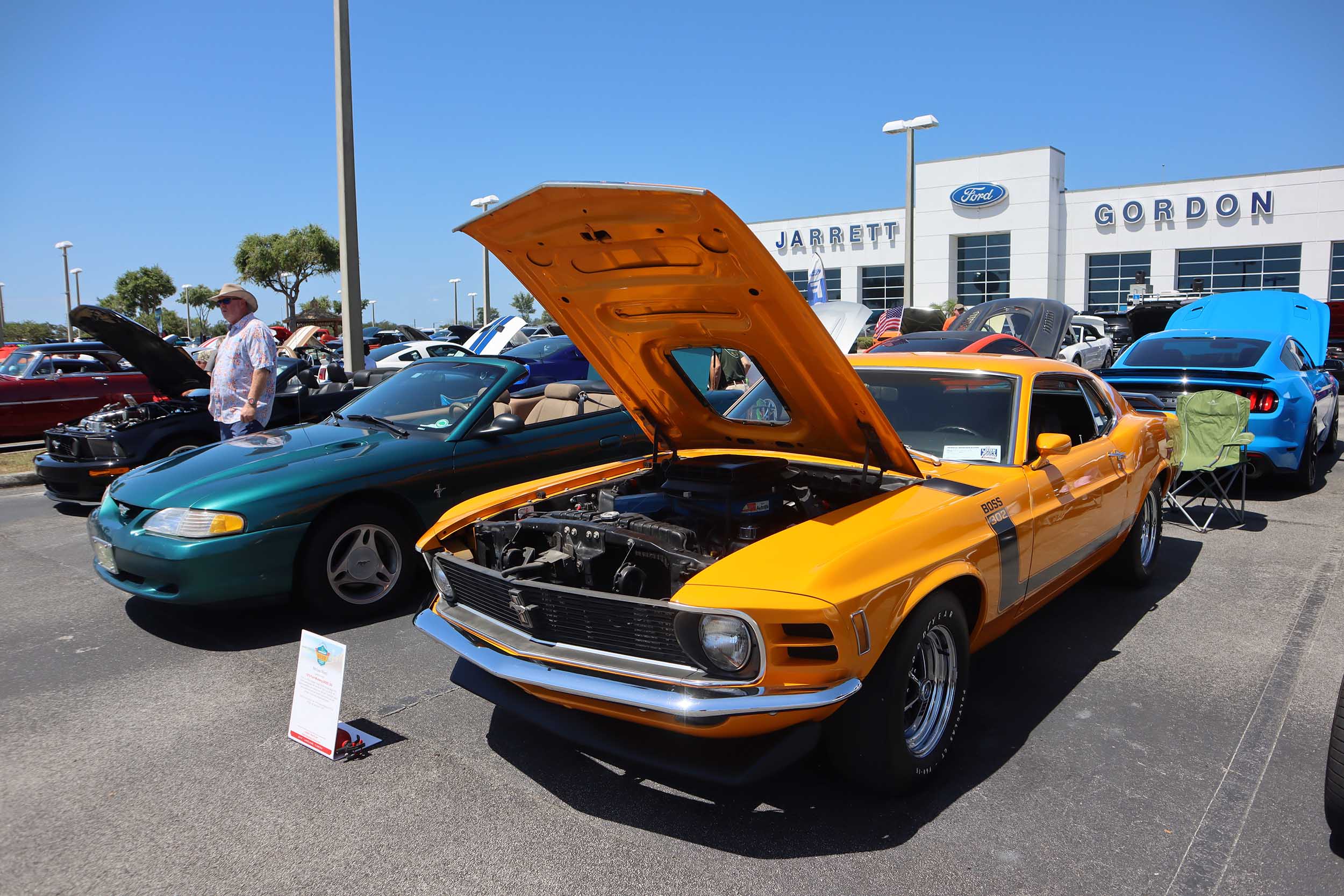 Last year Jarrett Gordon Ford in Davenport, Florida, started a tradition with its first Mustang and All Ford-Powered show benefiting local charities. This year the show was back. Held on a sunny Saturday, May 15, the event, which featured Top 30 awards, a 50/50 raffle, and a free lunch, drew Blue Oval machines from all over the Central Florida area.

Everything from the classics to the latest rides were on display in front of the Jarrett Gordon Ford dealership, where you might normally see the new car inventory. We dropped by to enjoy the hardware and pick five favorites...

‍The 2007 Shelby GT500 brought S197 performance to a new level and served as an excellent foundation for tremendous performance gains with the proper mods. Greg Russo’s GT500 is a fine example of adding a well-rounded package of mods. Up until last year, it was a stocker with 15,000 miles. Now it benefits from suspension upgrades by a who’s who of manufacturers — BMR, Ford Performance, Maximum Motorsports — as well as increased output courtesy of a performance tune, an ATI overdrive damper, a billet throttle body, and a JLT Performance cold-air intake.‍

The last of the factory carbureted pony cars, this 1985 Mustang GT is a nicely modded example of the breed. Michael Platt’s two-tone, T-top car is a fetching example of the breed, featuring a few exterior mods, like a fiberglass hood, Cobra R-style wheels, and a Saleen wing, but it still retains the carburetor underhood, topped by a chrome lid on the factory air cleaner. The weather on show day definitely called for popping the tops!‍

Definitely embodying the low-slung aesthetic of many S550 show cars, Nathan Commeford’s 2017 Mustang GT sits just right on an Air Lift Performance suspension and features a number of tasteful styling mods, including painted pieces in the engine compartment and a MAD spoiler. Inside it features a rear-seat delete, and when the sun goes down both the engine compartment and underside feature underflow lighting to set the mood.‍

Long before Coyote swaps were all the rage, dropping in a fuel-injected, push-rod 5.0-liter engine was the modern move in a classic ride. Didier and Kristin Benichou did just that with this well-executed swap in a 1967 Mustang. More impressive is they did the work in a two-car garage and also added an AOD transmission, power brakes, and LED lighting. Painted in Supersonic Blue Metallic, this classic is a looker. Building the car even inspired the couple to open their own shop, CC Restorations, which focuses on classic Mustangs.‍

Fans of Fox Mustangs know that Bright Calypso Green Clearcoat Metallic was a crowd-pleasing color back in the day. Seeing a 1993 Mustang LX hatch in that color and still in great shape brings you right back to the heyday of B303 cams and Flowmasters. This one is still pretty stock, and owner Eric Lefountain is struggling to resist the siren’s song of modifications, but we hope he keeps it stock, as it is just one of 654 examples with the same paint and trim codes. Of course, you might have different preferences. Take advantage of this summer to get out on the showfield to choose some favorites of your own.