The Fox Mustang is having its moment. Last year these cars started bringing big money on the auction circuit and the secret was out. Loyal fans have loved these cars since the ’80s, and now the Head Hoonigan himself is making the Fox platform cool for a whole new crowd with his HooniFox concept car.

Revealed via YouTube, this machine takes an aero-nose Fox Mustang LX hatch to insane new levels courtesy of the design work by Ash Thorp, who previously designed Block’s Cosworth Escort and used his talents to design the Batmobile for the next installment of the Batman movie franchise.

“So I was just pulling random references from the current and existing race car and Fox bodies that are really quite interesting,” Thorp explained. “There were a couple of ingredients that we both knew we really needed to have; obviously, a widebody since we are going to do the V8 with the ITBs, and we needed the big scoop and the roof scoop, as well as the window louvers… ”Collaborating with Block, he took inspiration from a variety of vehicles such as the Hoonicorn, which starred in Gymkhana, to IMSA Fox race cars from the ’80s.

”Collaborating with Block, he took inspiration from a variety of vehicles such as the Hoonicorn, which starred in Gymkhana, to IMSA Fox race cars from the ’80s.

“One of our biggest discussions was a rear wing,” Block explained. “There were a lot of different rear wing styles put on that car, but we didn’t like any of them exactly as they were done.”

“For me, the importance of the wing is it is like the bass player in a band connecting the guitar and the drums,” Thorp said. “It connects the rear three-quarters to the rear, so it is another ratio blender. I wanted to make sure we had something to bond those two elements of the car so there was a proper ratio.”

advertisement
ABOVE: Thorp created a variety of livery options for the HooniFox, including this raw carbon version with embossed logos and matte tiger striping. 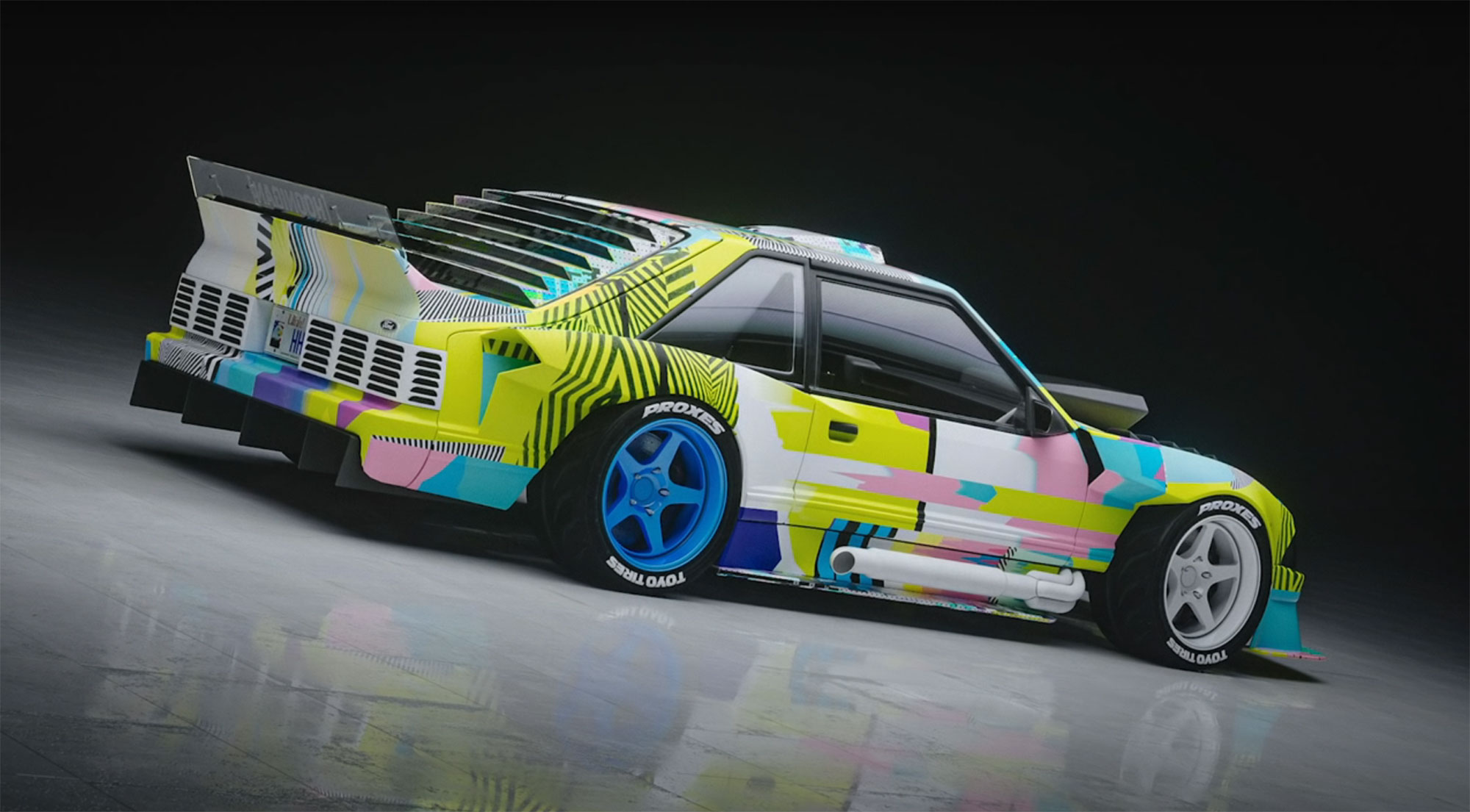 The result is a virtual Fox that stretches the boundaries of the original Ford design into something befitting the wild, tire-slaying world that Block plays in.

“I think one of my favorite things on this design is the fender vents because they protrude out, but they also have the design language informed from the rest of the car,” Thorp added. Beyond the initial design, Thorp also created a series of liveries, from one that mimics the Hoonicorn, to a bare carbon version, even a fantasy white version inspired by a colorful ’80s television series that had a distinct styling moment back in the day. Deputized to create his own fantasy livery, the designer went with a colorful pegboard theme that definitely takes its cues from the bold, brash fashion-sense of the ’80s.

“Now I just gotta figure out how to make this thing come to life in the real world, but it’s great to be able to see it in the virtual world in such an amazing way nowadays,” Block added. Fingers crossed that this wild Fox is sliding around the real world in the future… 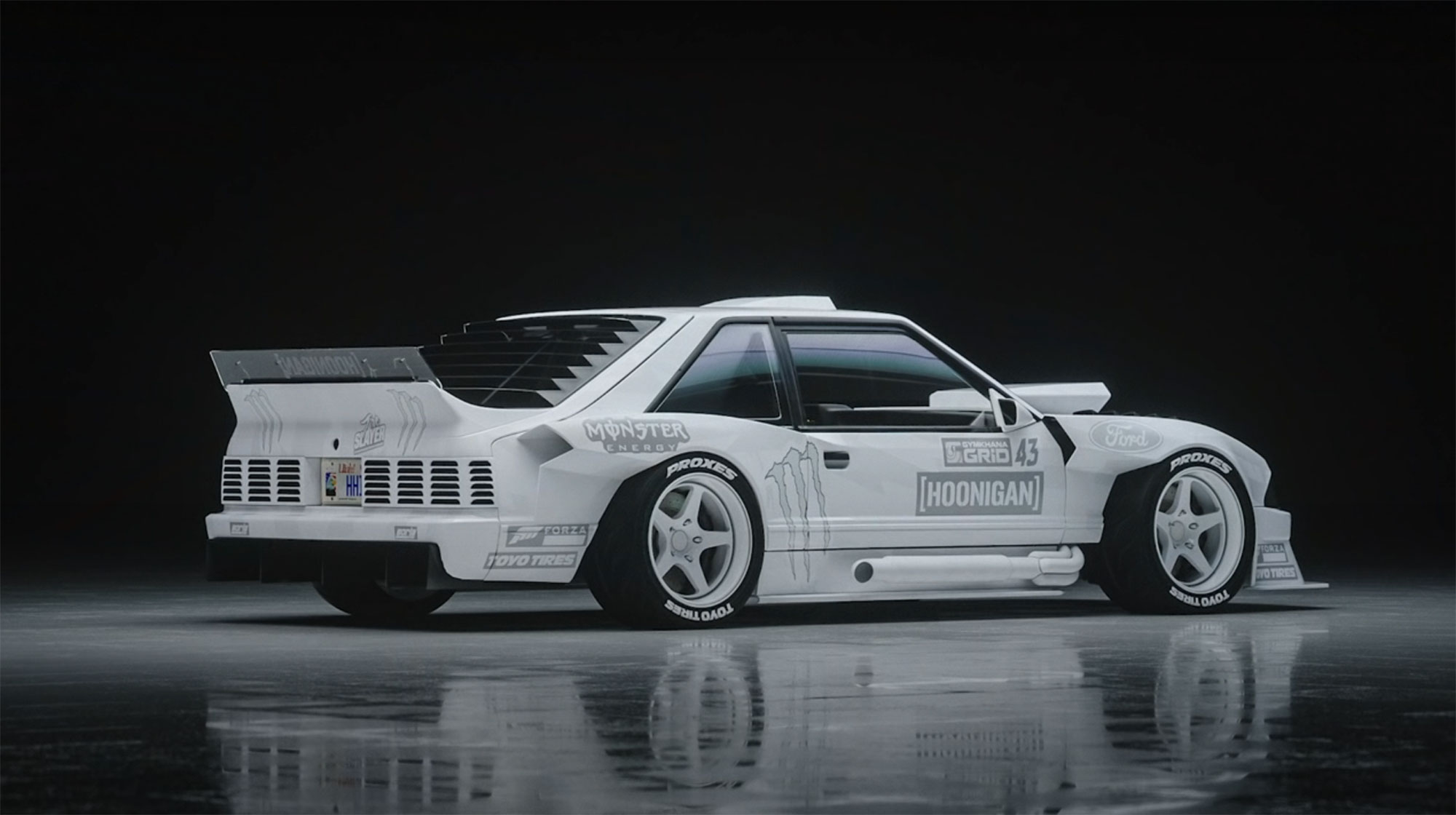 “Back to the idea of a Miami Vice Gymkhana, this is the car,” Block enthused. “This is what I picture doing an’80s Gymkhana in Miami in a white-on-white car. This is it. We couldn’t make this any better. Ash killed it.” 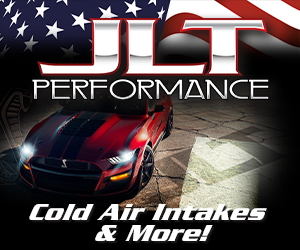