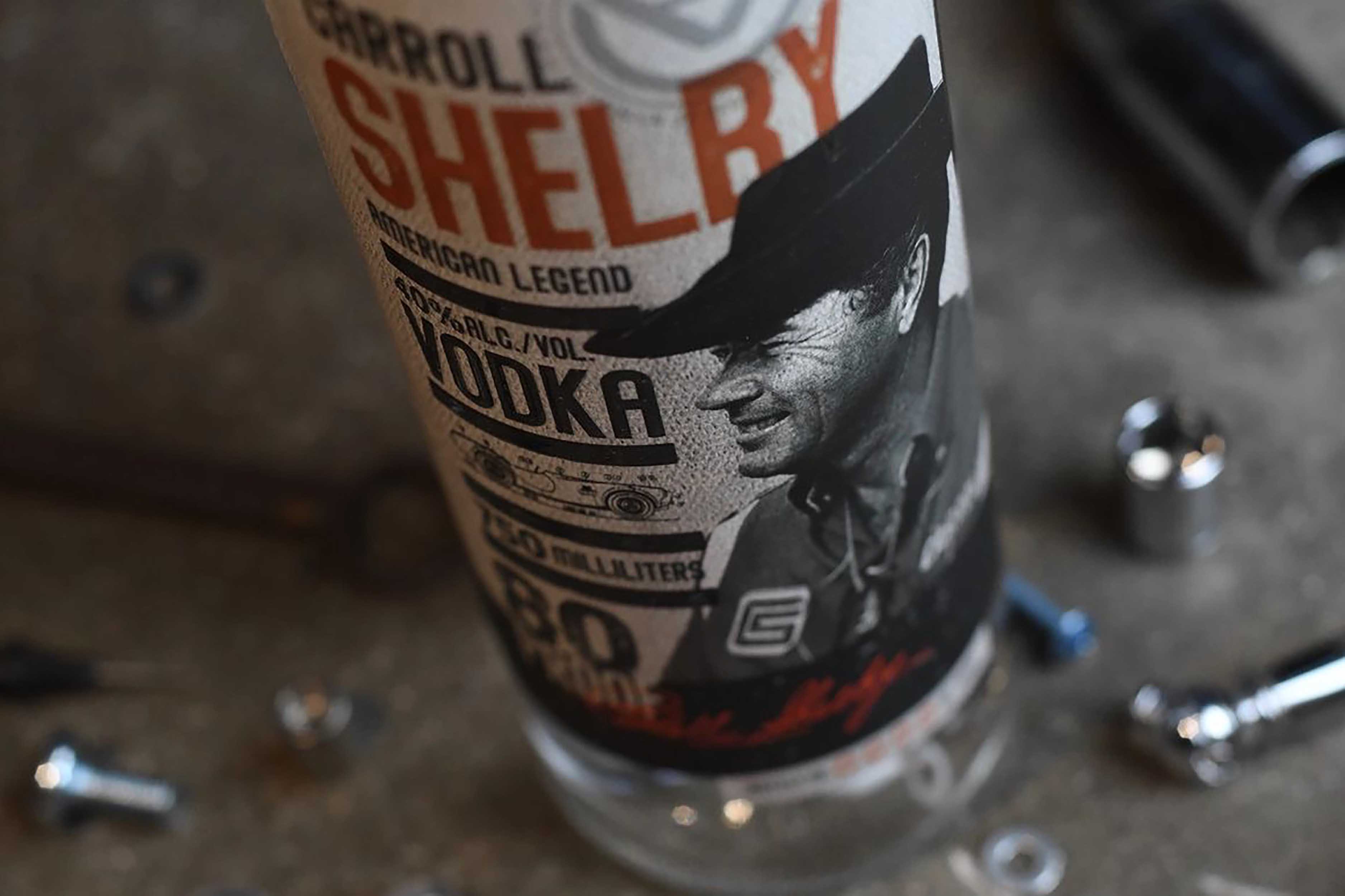 Work hard, play hard. It is a mantra that many live by, and Carroll Shelby definitely worked hard creating some amazing machines and earning some impressive victories on the track. If you want to celebrate your complete project or racetrack success in high-octane style, you can now enjoy a sip of Shelby spirits.

“Carroll Shelby and his racing team celebrated their victories with almost as much vigor as they did while earning them,” said Neil Cummings, CEO of Carroll Shelby Licensing. “Having spent decades working closely with Carroll, I’m confident he would love the quality of the new premium bourbon whiskey and vodka. Both were crafted and perform to a level that would meet his approval.”

To create these premium beverages, Shelby partnered with an award-winning distillery in Oregon to create Carroll Shelby Bourbon Whiskey and Carroll Shelby Vodka, both of which are sold in collectible bottles.

“Carroll Shelby has ascended from automotive icon to pop culture legend,” said Ryan Chaves, CEO of GLACIER45 Distillery. “His legacy as an automotive designer, race car driver, entrepreneur and author has created a massive fandom over that past six decades. GLACIER45 Distillery received a license from the company that he founded to give all those fans another way to celebrate Carroll Shelby through a line of premium spirits that reflect his passion for performance. Distribution continues to grow across the Western United States as word spreads about these collectible bottles.”

Distilled to 98 proof because that was the personal racing number of its namesake, the Carroll Shelby Bourbon Whiskey, is a variation on GLACIER45’s bourbon recipe. Likewise, the 80-proof Carroll Shelby Vodka is a unique blend of the company’s award-winning Vodka distilled from non-GMO/Kosher corn.

“The way GLACIER45 Distillery uniquely developed these spirits around the Shelby brand is truly fantastic,” said Mr. Cummings. “The Carroll Shelby Bourbon Whiskey and Carroll Shelby Vodka are available in such limited runs that they offer great potential for collectability.”

Limited to just 2,000 bottles bourbon and 3,000 bottles of vodka, these Shelby spirits are available from the GLACIER45 Distillery in Oregon, 10 Lee’s Liquors locations in Las Vegas, and Vendome Wine & Spirits in California, which can ship the bottles as well.

No items found.
Text Link
Image Gallery
more cool stuff
MOCKERY OR MACH-E Does The Mach-E Earn Its Mustang Stripes?
FOUR BY FOX A Fox Mustang prepped for off-road competition?
RETURNING TO A LOST LOVE The road back to the drag strip was a long one.
TRIAL BY FIRE Fire Department Dissects A 2020 Shelby GT500