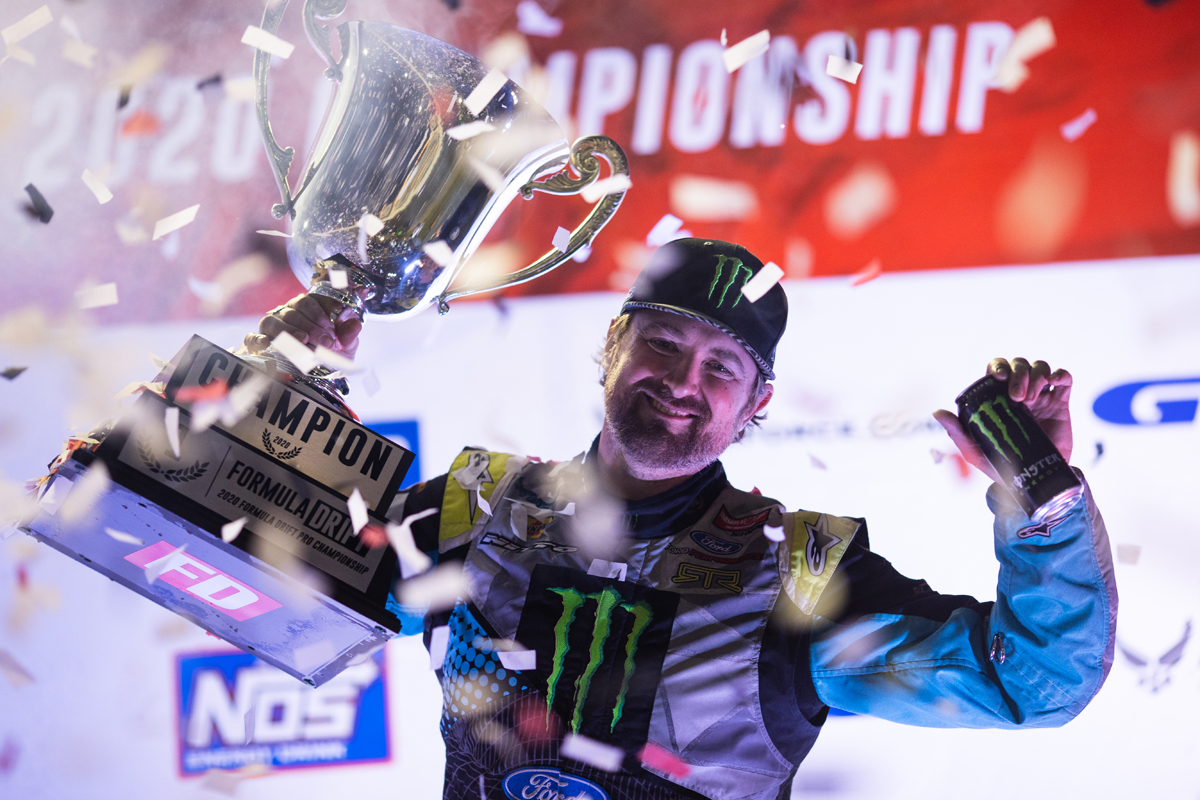 While many of us attempted to make the most of a difficult year, Vaughn Gittin Jr. took that quest to a whole new level as he captured his second Formula Drift championship in a decade.

The Professional Fun-Haver definitely enjoyed himself as he closed out the season at the House of Drift in Irwindale, California, by raising the trophy nearly 10 years after his first series triumph in 2010.

“I could not have dreamed a better Formula Drift season for our team. To have earned these results throughout the year have me elated with gratefulness,” said Vaughn Gittin Jr. “It is incredible to have such amazing people around me and to be able to achieve the things we do together. Seeing Chelsea [DeNofa] hold up that second-place championship trophy right next to me with our team flanking us is something I will never forget!”

Team RTR drivers placed on the podium at seven of the series’ eight events, and became the first Formula Drift team to finish in the first and second spots during the same season. Vaughn carried the championship with 540 points thanks in part to back-to-back wins in rounds three and four, while the team delivered double-podium appearances in rounds five and six.

Meanwhile Denofa, who topped the podium in round one and also placed on the podium in the final two rounds, finished the season with 500 points.

“What a year,” Vaughn, who has competed in Formula Drift for 17 years, added. “My [RTR] team and I pushed our Mustang RTRs to the limit and I’m so grateful for the amazing group of people that make up our team, our incredible partners, and the fans for supporting this passion together and making the best of a challenging year.”