Chip Foose sketches the Fox coupe Shelby might have built

By Steve Turner | Photos courtesy of Hagerty and Mecum 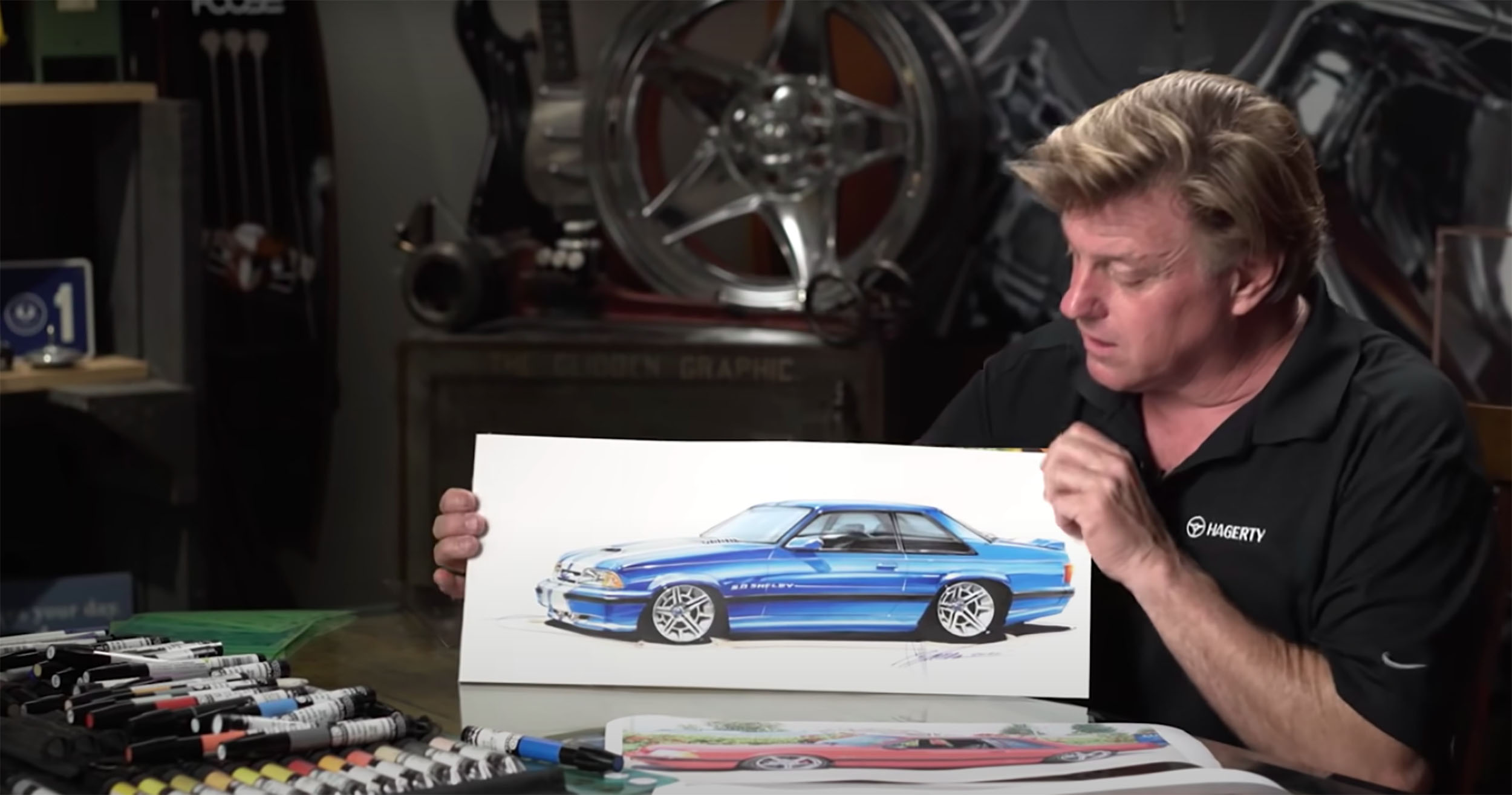 What if Carroll Shelby had still been connected to Ford during the Fox Mustang era rather than rolling with Lee Iacocca to Chrysler?

His influence was felt on everything from the Daytona to the Omni, but could it have been better served hopping up the ’79-’93 Mustang? That’s just what designer Chip Foose set out to explore with his pencils, markers, and drawing pad as part of a video for Hagerty.

“I want to talk about the third-generation Mustang, the Fox body built from ’79 to ’93. The chassis was used for 26 years and it's funny that they call it the Fox body when what they’re actually referring to is the Fox platform,” Foose said.

Yes, like any true Fox fan, Mr. Foose knows there is more to the Fox Mustang than its body. Likewise, any real Fox fan knows that Shelby did bless a limited run of Mustangs created by the Shelby American Auto Club. A scant run of SAAC Mustangs were constructed in the early ’90s, but in many ways they served as a preview of the 1993 SVT Mustang Cobra that would follow.

“So, it’s kind of interesting, when you think about the history of the Fox platform and the Fox-bodied Mustangs, the fact that Lee Iacocca — when he was still with Ford before leaving to go to Chrysler — he's the one that green lit the Fox chassis at Ford Motor Company,” Foose said. “He quickly left, went to Chrysler before this Mustang was ever out. Because Iacocca had such a great relationship with Shelby, the Shelby mustangs were a thing of the past. He was working with Chrysler and Lee Iacocca there.”

Those cars, however, were based on the Mustang GT, Foose wanted to sketch a coupe, which history viewed with far greater favor than the body style received in its days. The reason these cars still resonate today, no matter what you call them, is adaptability and affordability.

“I’m looking at this Mustang right now and I’m trying to decide what I want to do with it. It’s interesting where we’re choosing the notchback rather than the fastback,” Foose said. “The fastback I think has a better line but I want to see if we can do this because you can go out there and buy these pretty reasonably right now and with all the technology and parts that are available, you could make a pretty cool little car.”

While Foose might find the Fox styling dated, one can certainly be a cool car. For his version, he drew on the classic Shelby styling cues, without straying too far from the classic Fox lines.

“When I think of what makes a Shelby a Shelby, number one is performance number two is the stripes. It’s got to be an aftermarket wheel and some subtle body modification, so that’s what I’m going to do with this vehicle. And of course, you can’t forget that snake on the side of the car! What if, back when they were building these cars, we had Carrol Shelby at Ford and he did a Cobra Mustang? That’s what I want to play with here today,” Foose explained.

“So, I have a basic line drawing here. I’m going to throw some color in this and some details after the color and try and make it look like Carroll Shelby was still involved with Ford, because obviously the Cobra was around. Ford did own the name, but they didn't have the DNA of Carroll Shelby.”

Do you dig what Foose did with the Fox coupe design? Did he give it the right dose of Shelby DNA?