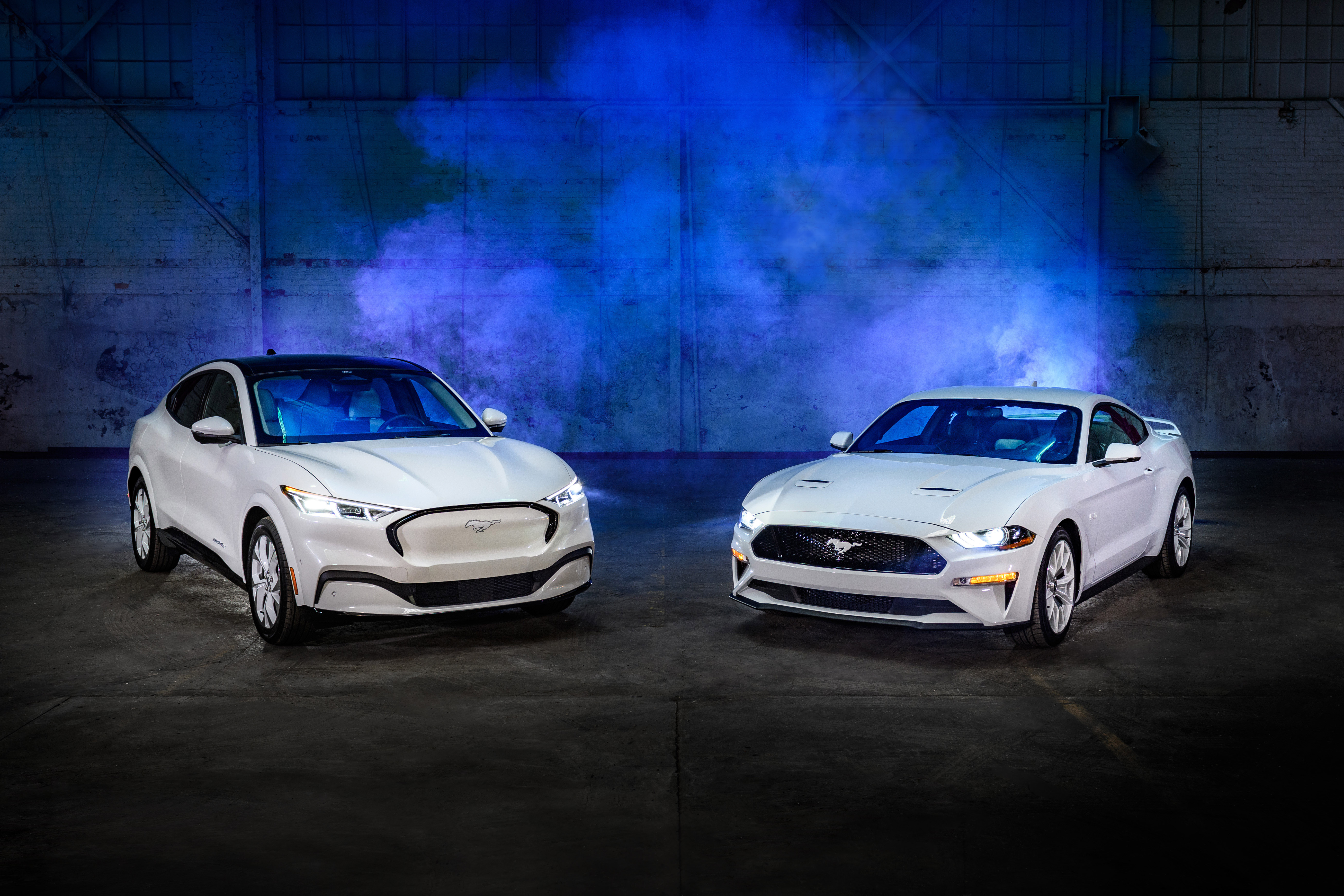 “Mustang has always had the power to attract attention on the road, but the new Mustang Ice White Edition could — just like the original ’93 Triple White Fox body feature Mustang — become one of the hot collectibles of future generations,” Jim Owens, Mustang brand marketing manager, said. “We are proud to continue a longstanding Mustang tradition of continuously offering fresh, new styling options for customers; empowering them to make their Mustang an extension of who they are.”

All models with this package are treated to Oxford White pony badges and fender badging. Look for dealers to feature these special editions early next year.