1991 Ford enthusiasts had something to roar about. 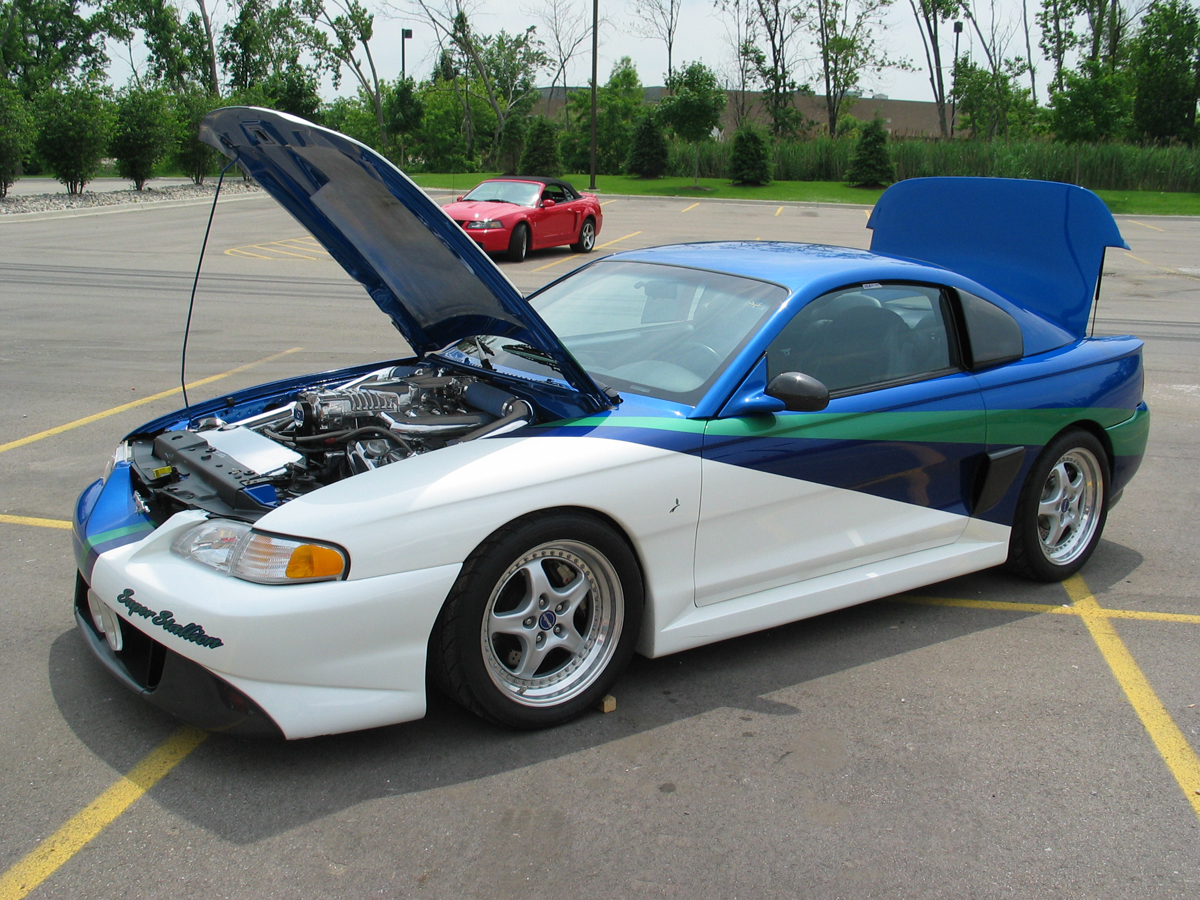 The year was 1991 and Ford enthusiasts had something to roar about. Ford Motor Company announced the formation of its all-new Special Vehicle Engineering team, a European-based group, tasked with developing exciting street-legal vehicles for the Euro market.

Rod Mansfield, a long-time British Ford engineer, was given command of SVE, and within a few years, the team produced the 2.8L Capri, Fiesta XR2 Mk 1, Escort XR3i along with the Sierra RS Cosworth and the Escort RS Turbo Mk 2. SVE soon expanded to North America and its first project was the immensely popular 1993 SVT Mustang Cobra and Cobra R.

What’s important to recognize, is that in the early ’90s it was not easy for a mainstream manufacturer to build high-performance vehicles. The economy had recently recovered from the gas crunch of the 1970s, and save for a few exotics, most cars were of the low-performance variety.

In America, the Fox body Mustang was gaining momentum, thanks to a basic front-engine, rear-drive layout that was popular with enthusiasts. It was priced under the competition, yet had equal, if-not-better, performance. And by 1991, the 5.0L Mustang in LX and GT form with 225 hp, was strongly established in the marketplace. Even so, within the halls of Ford Motor Company, SVE engineers and designers were preparing to bring dreams to life.

I’ll say it again—building high-performance niche vehicles isn’t easy. Even today, making it happen requires a solid business case, countless hours of designing, prototyping, and finally, testing theories and proving-out performance and durability criteria. At times, it requires going against the corporate grain, digging-in with hands-on cutting and shaping of metal, building engines during off hours, and innovating at every turn. And that’s what was taking place at SVE.

Then came January 1994 and O. John Coletti, a take-no-prisoners mechanical engineer at Ford who would steer SVE and later become known as the Godfather of SVT. Coletti, who grew up around the drag strips of Detroit in the late 1960s and early ’70s, understood what was needed to pull at the heart-strings of Ford enthusiasts. His team immediately went to work, creating, enhancing, and experimenting, all with the immediate goal of improving the Mustang’s performance and image.

One of the many SVE wonders developed by Coletti and his team is this multi-colored Mustang dubbed Super Stallion. Built in 1994, Super Stallion was no run-of-the mill test mule. It was assembled to research performance systems including supercharging, suspension, flexible fuel, ergonomics/seating, and to make an impact with show-quality paint techniques.

“We’ve enhanced some of the already-great Mustang features and added a few new twists to make this car every performance enthusiast’s dream. Super Stallion served as a test-bed for new engineering processes, in addition to reinforcing Ford’s product passion.

Big visual impact was a must with the SVE Super Stallion. Building on the curvy SN95 body, the team enhanced styling with a mix of unique bodywork, custom paint, and a dose of carbon fiber. The head-on view was striking. There’s a sleek lower fascia that drops down and incorporates a large center opening filled with twin driving lamps. The pony remained in the stock-like grille opening, though a new hood was fitted, presumably to clear the blower. It sported a center bulge and dual nostril scoops.

The color scheme was something different, as the blue, green and white rolled over the Mustang in a flowing fashion. The asymmetrical design was predominately white on the driver’s side and blue on the other. The sides were enhanced with smooth rocker panels, shaved door handles, and functional quarter-window scoops for rear brake cooling. A low, rear deck spoiler was molded in and flowed nicely from the shoulder line to the Mustang’s tail. It presented with a slight kick-up that aided downforce, but didn’t cause excessive drag. The look was completed with the aforementioned Speedline five-spoke “Aliseo” alloy wheels at each corner.

Super Stallion drivers were treated to the latest in technology, circa 1997. Remember, part of the SVE mantra was to innovate, so the team turned to the Lear Corporation for the latest in seats. They developed special 8-way adjustable front buckets with extended-travel (220mm) seat tracks, dual-sided linear recliners with 25-degrees of recline movement, and dynamic seat bolsters. The latter feature allowed the bolsters to articulate to hold driver and occupant tightly in place for aggressive cornering maneuvers, but to open up making entry and exit of the vehicle easier. The seats also used a retractable built-in three-way safety belt to improve access to the rear-seat.

Along with the high-tech seats, the interior featured a leather-wrapped wheel, on-board diagnostics (with overhead display panel), and A-pillar-mounted gauges for boost and fuel pressure. And – let’s not forget the driver-activated supercharger, which was controlled by a switch mounted in the “center stack.” There was also a digital readout for alcohol present in the fuel, leather-wrapped shifter knob, and a Mach 630-watt sound system from Visteon Automotive Systems. The powerful (for the time) CD/radio unit featured dual amps, a center-image speaker, 2.5-inch speakers in the A-pillars, 5.5x7.5-inch woofers in the doors, a trio of sub-woofers, and two mid-range tweeters in the package tray.

SVE engineers flexed their mechanical muscle in developing the Super Stallion. Their pure passion came through in the form of cars like the Indigo concept, the 10.0L Boss Mustang, the racy GT90, Focus R, the 6.1-liter Cobra CJR and even production models like the Mustang Cobra, Cobra R and the SVT Contour. All the while, SVE worked closely with SVT, Ford’s former high-performance vehicle brand, to design and market these amazing specialty vehicles. SVE and SVT pushed the envelope and Ford enthusiasts were the beneficiaries.

Looking back, it’s easy to see how the technology proven-out on Super Stallion influenced, and in some ways shaped, later production vehicles. Things like intercooled supercharging, use of the 6-speed manual, IRS and use of carbon fiber, were all tested on Super Stallion and eventually used on production Lightnings and SVT Mustangs.

More than just a showpiece, Super Stallion also made the media rounds, where it was handed to journalists for testing and photo shoots. Your humble scribe got a crack behind the wheel at the now-defunct Yucca, Arizona proving grounds in late 1997. I also watched fellow journo Jim Campisano drag race the beast. Super Stallion ran 12s at 112 mph and would do an estimated 175 mph, according to Ford. I remember being blown away with the technology, the power—and the sheer fact that SVE incorporated so many ideas into one vehicle.

Remember, this was a time when the SVT Mustang produced just 305 horsepower. Stomping the gas on the Super Stallion brought on a wicked howl from the monster 5.4L powerplant, clouds of Goodyear tire smoke, and an endless grin from ear to ear.