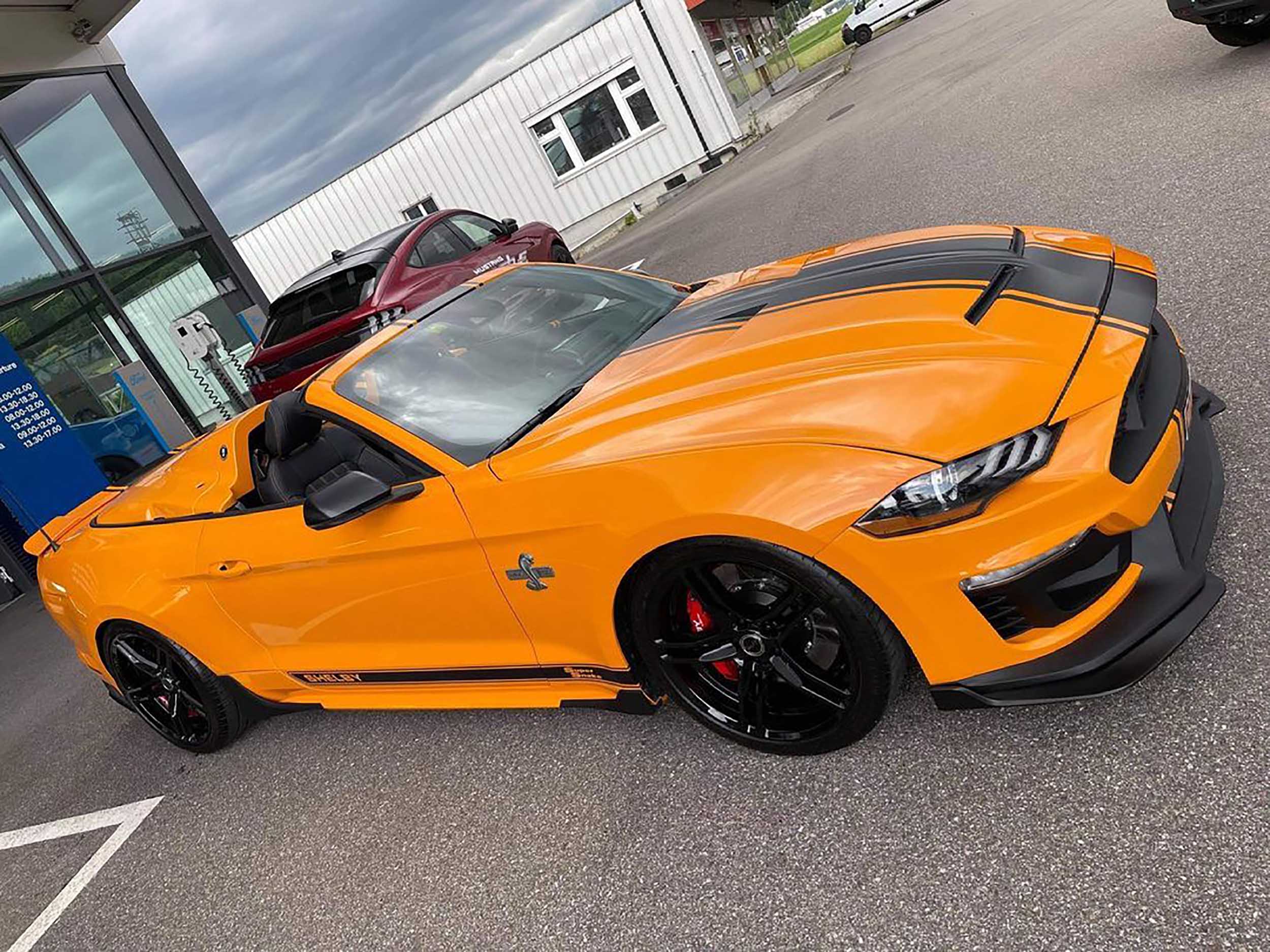 Sometimes music really strikes a chord. The song sticks in your head. It lets you escape or captures a moment in your life. The same can often be said for a car.

You know just which car you were driving during those memorable times. The video for Travis Tidwell’s song Catch Me If You Can brought those two worlds together, and apparently it struck a power chord nearly 5,000 miles away. On June 21, Shelby Switzerland unveiled an extra-special version of an already stand-out snake — a Shelby Mustang Super Snake TT Edition. As you might have guessed, those two letters stand for Travis Tidwell, which came as huge surprise to the car’s namesake musician.

“...The day they unveiled it is the day I learned about it, literally an hour beforehand,” Travis said. “My manager called me that day and told me he’d been keeping something from me that he was working on for months with Jean-Francois Willemin of the Shelby Switzerland branch and had been biting his tongue. That’s when he told me they were going to be unveiling it on their Facebook livestream and that I needed to tune in. It was a really cool surprise.”

The connection between Shelby Mustangs and Travis definitely resonated all the way to the land of the Alps. There the man behind Shelby Switzerland took a liking to Travis’ music and decided to create the TT Edition.

“...Jean-Francois Willemin has been wonderful since my album dropped and got picked up by Shelby to join the team and has shown tremendous love for my music,” Travis explained. “He often plays something from my album while he livestreams, showing off the Shelby Switzerland inventory, which is drool-worthy! It's such an honor!”

While he certainly had an appreciation for the Shelby machines beforehand, Travis gained a new respect for the latest example. He even made it out to the Shelby GT500 North American Track Tour last year, and experienced them in their natural environment.

“I haven’t driven a new Super Snake, unfortunately, but I did get invited to the GT500 Track Tour last year at the Charlotte Motor Speedway! I got to take a 2020 GT500 on the drag strip and around the track there,” Travis said. “They had a professional take me around for a ‘hot lap’ to really show what the car could do and it was a blast. Those machines are just incredible and it’s hard to not love them. The technology that is now incorporated into these cars are nothing short of brilliant and amazing. The sound of a Shelby roaring is pretty tough to beat!”

From there his connection to the brand and its vehicles grew even more. Being immersed in the Shelby lore and given the opportunity to connect with the lineage gave him an even greater appreciation of the history behind these hot rods.

“My experience with Shelby has been nothing short of wonderful, and I feel like I have a whole new family out there with Shelby and all the members!” Travis said. “On top of all the love, I have learned so much about the history, and I’ve been lucky enough to sit and chat with Carroll’s grandson Aaron Shelby and hear some personal stories from his youth and childhood with his Grandpa. I’ve been so intrigued with all the history alone, the rides themselves are just a whole other wonderful pleasantry!”

Of course, as cool as it is to have your own special edition in another part of the world, it does make one wonder if one might become a reality stateside?

“You never know what the future holds! I’ve been asked this several times since the car was unveiled,” Travis added. “I’ve even been asked about any potential diecast models being made, but unfortunately I don’t think that’s gonna happen, though it would be cool! I believe the car was just a one-off, one-of-a-kind deal. But who knows? Maybe one day that happens, maybe not. Either way I’m so incredibly humbled and honored to have a one-of-a-kind Shelby Super Snake done up in my honor!”