Trends Keeping up with the latest styling trends 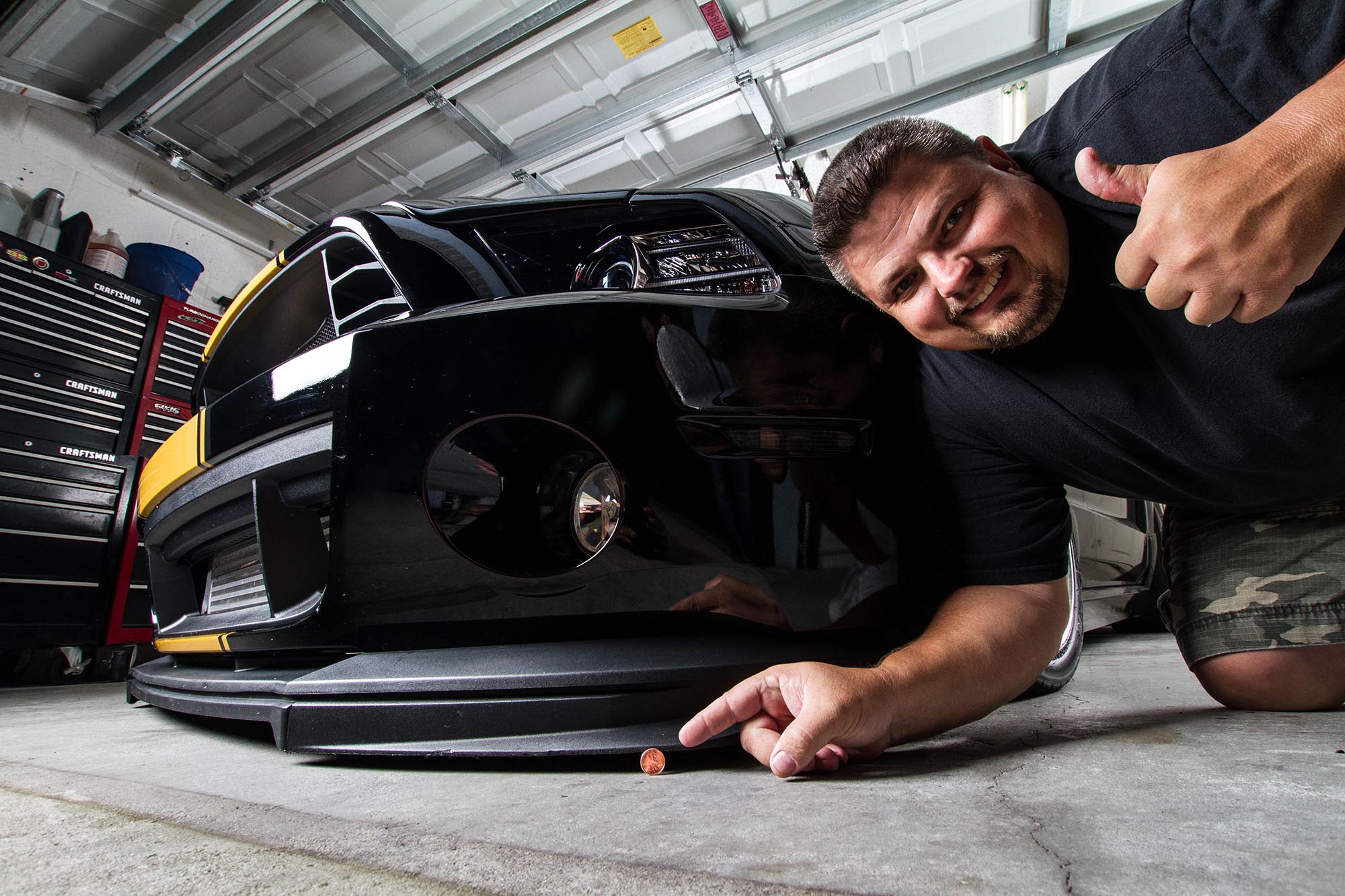 How low can you go? Paul Roberts’ Airlift-equipped GT barely leaves enough room for a penny to be wedged between it and the ground. Air suspension is just one of a few trends that are catching on in the Mustang world.

Trends and styles come and go. And sometimes it’s hard to determine if one is really going to stick, or if it’s just a short-lived fad that only a few radicals are generating. And you certainly don’t want to be part of the latter group. There’s sometimes a fine line between cool and repulsive. Unfortunately, there’s no source that can help you differentiate between the two…until now. Below are a few emerging trends that we’ve noticed that are completely acceptable, even encouraged. Combine a few with your own twist, and you’ve got a cool Mustang that is sure to turn heads in a good way.

Air suspension was once reserved for towing. Then, some muscle car guys would use air shocks to lift the rear of the car to give it an aggressive stance, though it wasn’t helpful for anything other than looks. But the market was transformed when Ridetech launched its Air Ride systems, attracting mini trucks, lowriders, street rods, and even Mustangs.

By then, Air Lift had decided to get its hands in the performance market as well. Founded in 1949 and once known for its towing air spring suspension kits, Air Lift Performance is now manufacturing direct bolt-in kits for S197 and S550 Mustangs. A complete kit starts at around $3,500, and will give you over four inches of drop. And if you think an air suspension will sacrifice your ride quality or performance, think again. These kits allow increased ride clearance for obstacles like speed bumps and perform as well on track as some coilover systems.

Another trend that started elsewhere in the automotive industry and trickled into the performance world are vinyl wraps. Once reserved for cargo vans, and gym owners’ Hummer H2s, vinyl wraps are now everywhere. Many racers and racing series use vinyl wraps to display their sponsors’ logos, and this includes sportsman class racers. Since wraps aren’t extremely expensive, it can be cheaper to wrap a car rather than repainting it every season.

And most recently, companies like 3M have developed improved wrap technology that allows for easier installation and removal. In addition to serviceability, these new wraps come in a wide variety of finishes like matte colors, metallic finishes, carbon fiber, and more. Even partial wraps are popular, providing a two-tone look.

Having the ability to hook up your iTunes to your car’s stereo was once a luxury. But now many new cars, including Mustangs, offer either Bluetooth, USB, or auxiliary connections to stream your favorite music through the speakers as you cruise. And if you have an older Mustang, an aftermarket head unit can be used to play your MP3s or streaming radio.

But if you want to keep the stock look while utilizing the latest digital music technology, then Custom Autosound’s Slidebar radio is what you’re looking for. In one mode, it looks exactly like a stock AM radio, but slide the bar to the right and a digital screen is revealed. Wire jacks and Bluetooth wireless kits are both available, and start at under $300.