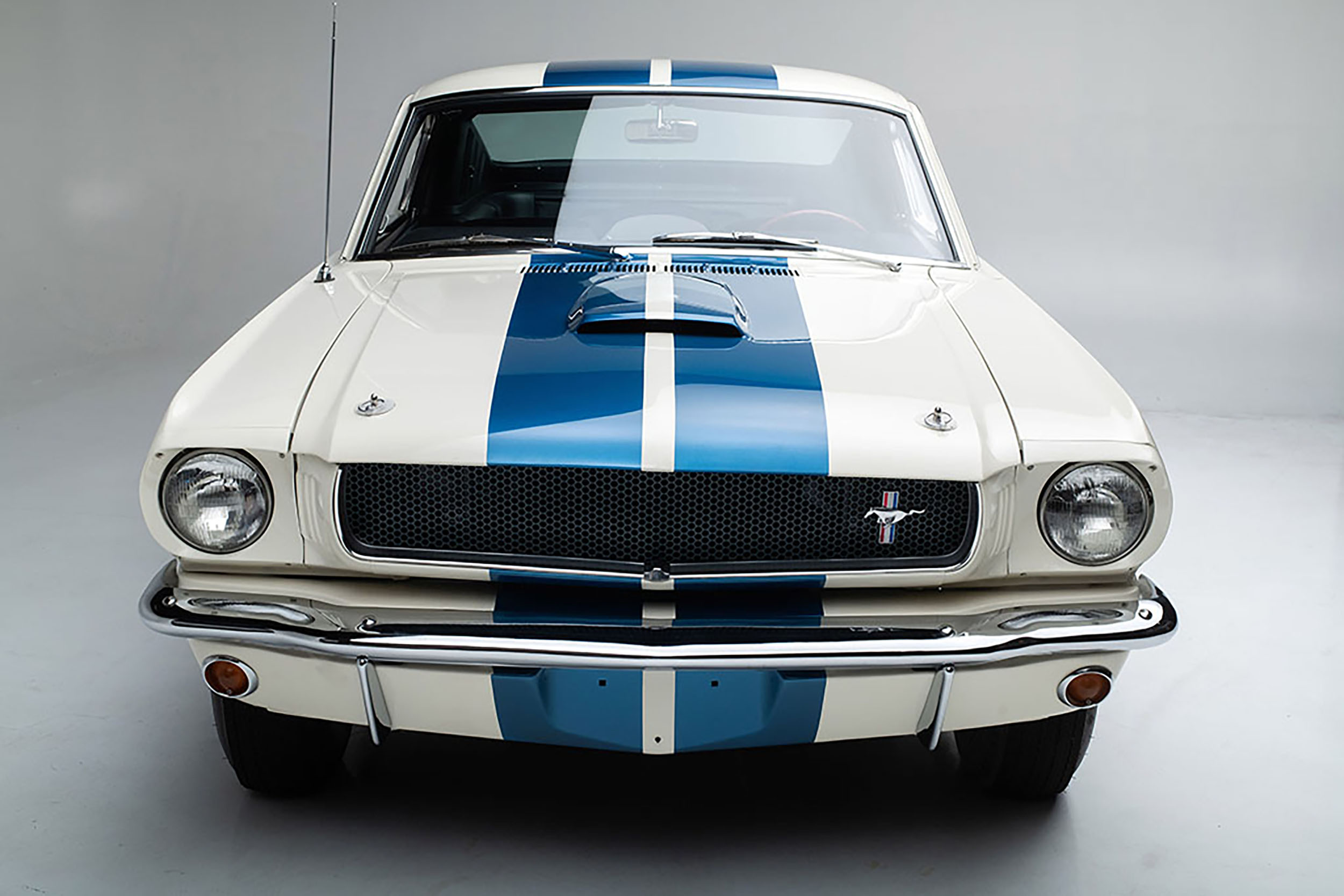 Every car enthusiast starts a project car with the goal of achieving their ultimate version of the machine. That vision is different for everyone, but it never hurts to begin with a car that’s in excellent condition as the foundation for a build.

In the case of this 1965 Shelby GT350, the starting point just might have been too good to be true. That’s because its owner Craig Jackson, Chairman and CEO of auction powerhouse Barrett-Jackson, loves to drive his cars no matter how rare they might be.

“So my brother was 14 years older than me. He got cancer and died within six weeks after Pebble Beach. And you know, they gave him a year to live but he died in six weeks, so we didn't have a lot of time together… And I’m like, ‘What do you want here?’ He didn't want to answer the questions because he thought he was going to make it,” Craig said of the plan for his brother’s own ’65 GT350. “…He goes, you know, ‘I want the car to stay in the family. I don't want you to sell it, but don't take it out and break it. Cause you’re hard on equipment.’ During his funeral, it was the car leading the funeral procession. So, I lit up the tires and blew the differential out of it.”

Clearly his brother was right. Jackson loves to drive his cars — and drive them hard. He has a collection of machines exceeding 80 in number. He keeps several at home and the rest at a warehouse near Barrett-Jackson headquarters in Scottsdale, Arizona. He rotates through them given his mood or their intended mission, as some are pure race cars. No matter the purpose for the car, he likes to drive them to the limit. However, one special 1965 Shelby GT350 restoration caused his self-control to kick in.

“I’ve built them from frame up. And if I break them, I know I can fix them. If I break this or I ruin some of those assembly line, ultra-rare parts driving it, that’s probably not a smart thing,” Jackson told us. “This car should go into a museum, be put in a glass case, filled with argon and you know, be there for the next millennium so people know what a perfect Shelby looks like. That’s this car.”

You might say “perfect” sounds like a bold claim about any vehicle, but this one has the credentials to back up that designation. After 2,000 hours of restoration work, this 19,000-mile barn find collected what’s known in the show world as the Triple Crown, which is comprised of these awards: Gold in Division One at the Mid-America Ford and Shelby Meet (2017), Mustang Club of America (MCA) Gold in the Thoroughbred Class (2018), and the Premier Award from the Shelby American Automobile Club at SAAC-43 (2018). It also the first Shelby GT350 to earn the Authenticity Award from the MCA.

‍
“…It just seemed like the planets aligned on this car. John Brown (of Thoroughbred Restorations in Piedmont, Oklahoma) having the NOS parts and, and this car was something I learned a lot on the difference between NOS dealer parts and original assembly line parts. And this car is restored with all assembly-line parts,” Craig explained. “…Even the oil filter on it is assembly-line only. John showed me and said, ‘I guarantee you, somebody snuck this out of the plant in their lunchbox, they never sold these.’”

While Shelby GT350s are innately special, this one is not only one of the last built in that model year, it pulled duty as a public relations tester for the automotive media of the day, before landing with a California family. Even in restored form, it still carries some of the imperfections of its interesting life.

“...The car had a great story to it, being a PR car at Shelby American and then being sold to a family in Huntington Beach...” Jackson said of the car that was damaged and parked for year. “So when he (the previous owner) went off the road and hit a rock, they replaced the idler arm with a stock idler arm. The Shelby had a different one, and he didn't know that. So one wheel turned faster than the other, which is not good.”

After locating the car in Texas, Jackson took it to Brown for the aforementioned restoration makeover. The end result earned all those accolades and was simply laden with so many irreplaceable parts that Jackson couldn’t bring himself to enjoy this Shelby the way he does with his other cars. Not wanting the pristine machine to turn into a “potted plant,” he decided to sell it at his company’s premier auction this spring.

“We drove from corporate to my family office just to film it and parked it. And I said, that will probably be the last time I ever drive it. It drives beautifully. You know, John did a magnificent job on the car and it is as perfect as you can get,” Craig said. “We did take a couple of those parts off of it so that it could be driven — and so somebody else could go win a triple crown. But all you’ve got to do is put those parts back on it. If you want to put it up on jackstands to put it away forever and never drive it. But that’s not what I want to do. I like to drive all my cars. I’m a big advocate of it.”

The world has seen Mustangs, and Shelbys in particular, command impressive sums when they go under the hammer, but Jackson is hesitant to predict a sale price. He is, however, quite confident it will bring a handsome sum, as he will be running it across the block in a no-reserve option.

“It is No Reserve, so we'll see what the best brings,” he added. “...There’s a pool around here, but you know, you live by the sword and I believe in no reserve. I believe that it brings everybody out because they know this car is for sale.”

If you want to jump in on the bidding or just see just how much this car earns, it will cross the auction block at the Barrett-Jackson auction at WestWorld of Scottsdale from March 20-27, 2021. Check out the official listing HERE for more details on the car.