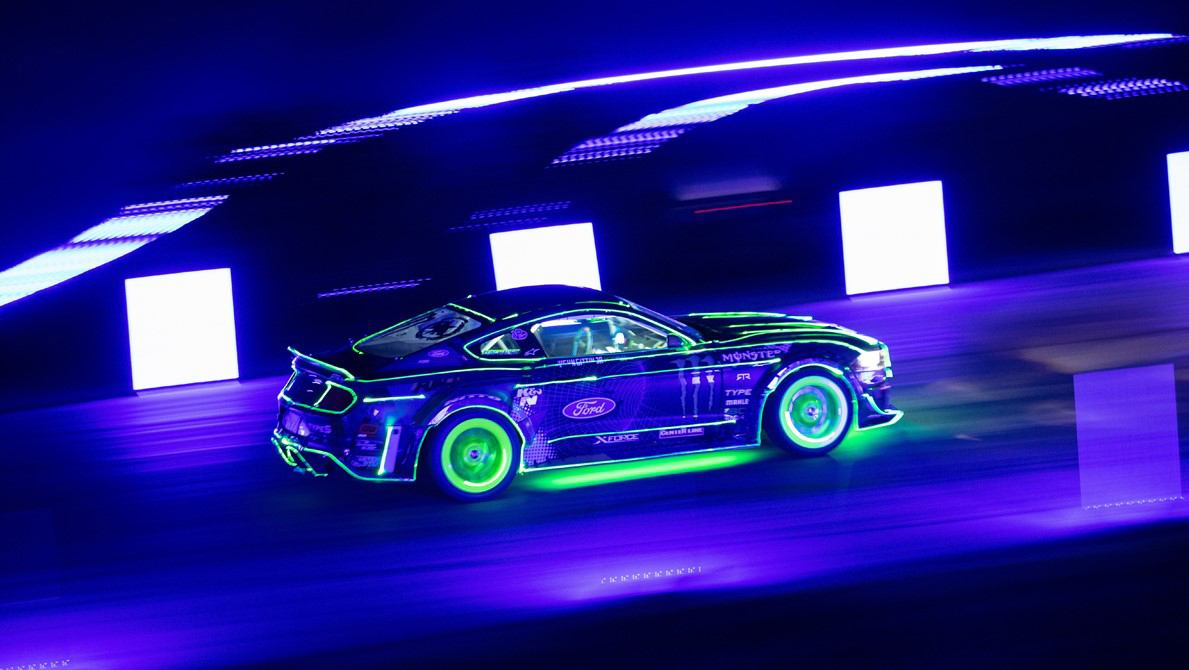 It seems the world is hurtling toward the future faster and faster. From all-electric performance machines to embedded neural links, it’s hard to keep pace with all the change.

For pro-drifting teammates Vaughn Gittin Jr. and Chelsea Denofa, keeping pace is the name of the game. Their displays of tandem drifting are always impressive, but the duo took it to a new level with their latest video, which looks like it is straight out the movie Tron.

“This was one of the coolest driving experiences I have ever had! It was like being thrown into an alternate world and shredding my Ford Mustang RTR alongside Chelsea,” Vaughn enthused. “The lighting on the cars and around the track looked so incredible; it was seriously mesmerizing.”

To make it happen, they brought their drifting Mustangs to Panthera Training Facility in Old Fields, West Virginia, with the help of TYPE S lighting and AutoZone. There they fitted the two Mustangs with TYPE S lighting and filmed the tandem drifting around the course, resulting in a sci-fi tire-shredding scene, which they cut up into two parts.

This was one of the coolest driving experiences I have ever had!

“I did one lap without the TYPE S lights at 3:30 a.m., but it was so dark I went off the track and flew down a hillside at about 60 mph,” Chelsea added. “The lack of visibility made it almost impossible to drive but fortunately the TYPE S lights changed all that for the video.”

The two drivers definitely needed clear visibility for the tightly-orchestrated tandem drifting captured in the video. The result definitely turns their pavement-pounding talents into visual art.