Bigger, Better, Best one yet!

Words and photos by Keplinger Designs 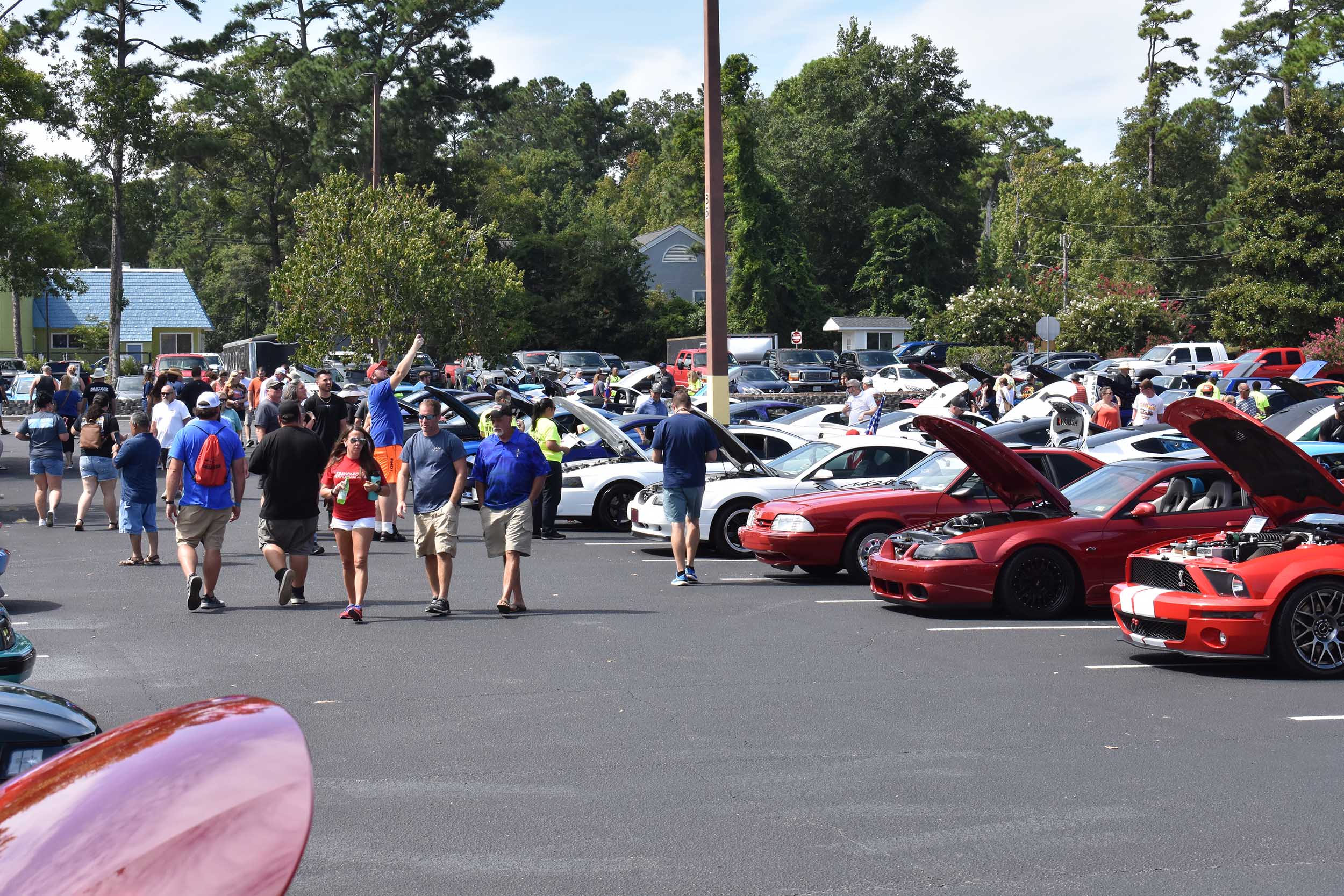 The ‘Best Week of the Year’ celebrated its 20th anniversary with more of everything!

Twenty years ago, a bunch of Mustang enthusiasts found themselves together for family vacations in Myrtle Beach and thought having a car show would be fun. It’s pretty much the same, except a few more friends now show up and the car shows, meet ups, and gatherings last all week long.

We arrived late Tuesday and had already missed the Steeda Kickoff Party at the Hard Rock Café on Monday and the Croftgate Meet ‘N Greet at Broadway at the Beach on Tuesday.  Wednesday dawned early with a new event — Stiffler’s Mustangs and Coffee at the Convention Center. Stiffler’s provided free mugs, and a few other vendors offered the coffee and goodies. Fuel for the day.

With the loss of Myrtle Beach Speedway to the developers, the BF Goodrich Autocross School was the only chance to exercise your pony around the cones. The after-hours ‘must attend’ party of the year – Retro Meet IV at Suck, Bang, Blow – was overflowing with its mix of 80s music and burnouts.

Thursday began early with an attempt at the Guinness World Record for most Mustangs in a Parade Lap. Even with a parking lot full of Mustangs and enough cars preregistered, the attempt fell short. Thanks go out to the almost 600 Mustangs that did show up and had a good time trying. UPR Products’ Test ‘N Tune at Darlington Dragway was the only dark cloud of the week, as it rained most of Thursday, and the track canceled the event early in the morning.

Friday brings the big guns – The CJ Pony Parts Car Show! Over 1,200 Mustangs overflowed the Myrtle Beach Convention Center and parking lots, providing something for every Mustang lover! The sponsors, both inside the center and surrounding the parking lot, offered great deals on your favorite add-ons, and advice for those seeking to set their Mustang apart from the crowd in looks and performance.

Saturday was another early morning starting with the Fox Mustang Restoration Fox Body Cruise. A solid line of over 100 Fox Mustangs (1979 – 1993, for those who don’t know) were led with police escort to the convention center. If you think there were a lot of cars at the Friday show, hold my coffee. The Saleen Cruise-In fills the entire show field with a sea of Mustangs.

The coveted Mustang Week awards started at 3pm with The Ringbrothers’ carbon fiber 1965 Mustang — Blizzard — taking the Best of Show. Plans are already being made for Mustang Week 2022. To get the latest, up-to-date information be sure to check out www.MustangWeek.com.