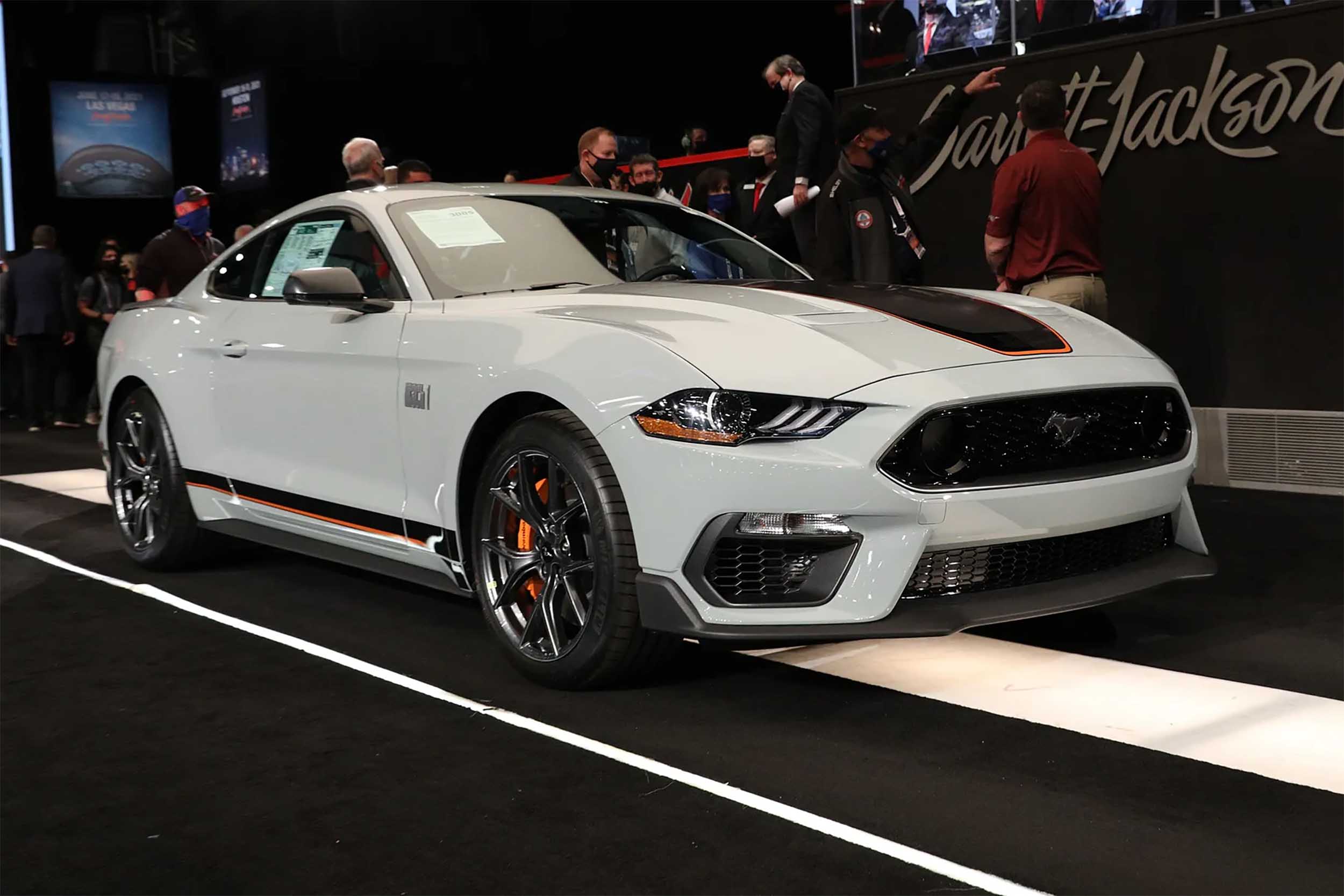 During the Barrett-Jackson auction in Scottsdale, Arizona, Ford offered up the first example of the 2021 Mustang Mach 1 for auction. With the goal of raising money to help cure and treat juvenile diabetes, the car with VIN 001 was fully optioned with the Handling Package and painted in the Mach 1-exclusive Fighter Jet Gray paint. It was auctioned alongside the VIN 001 Bronco, which benefited the company’s Bronco Wild Fund.

“Two of Ford’s most iconic vehicles, the Ford Bronco and the Mustang Mach 1, were reborn for 2021 in response to great public demand,” Dave Pericak, Director Enterprise Product Line Management - Ford Icons, said. “To celebrate their return, we donated the coveted VIN 001 of each to raise money for key non-profit organizations. Bidding was fierce for these vehicles because it was a rare opportunity for the public to own a very special Ford and help charities with a lasting impact on society. We are very pleased Ford Motor Company helped raise $1,575,000 for these worthy causes.”

When the hammer hit the podium, the first Mach 1 raised a whopping $500,000, all of which will benefit JDRF’s efforts to research cures and treatments for children with diabetes, a cause to which Ford has contributed $70 million to over the past 35 years.

“Barrett-Jackson and the collector car hobby really stepped up for charity in Scottsdale,” said Craig Jackson, chairman and CEO of Barrett-Jackson. “We helped raise millions of dollars through the sale of nine charity vehicles, which included a record number of VIN 001 and first production models ever offered at auction. We’re grateful to our partners at Cadillac, Chevrolet, Dodge, Ford and GMC who chose to leverage the Barrett-Jackson stage, and give collectors the opportunity to own a piece of history while benefiting critical organizations. I continue to be inspired by their commitment to supporting those who need our help the most.”

Unlike many first-VIN auction winners, who had wait for a production model, the winning bidder of the Mach 1 was able to drive away with this rare steed when the Scottsdale auction concluded on March 27.