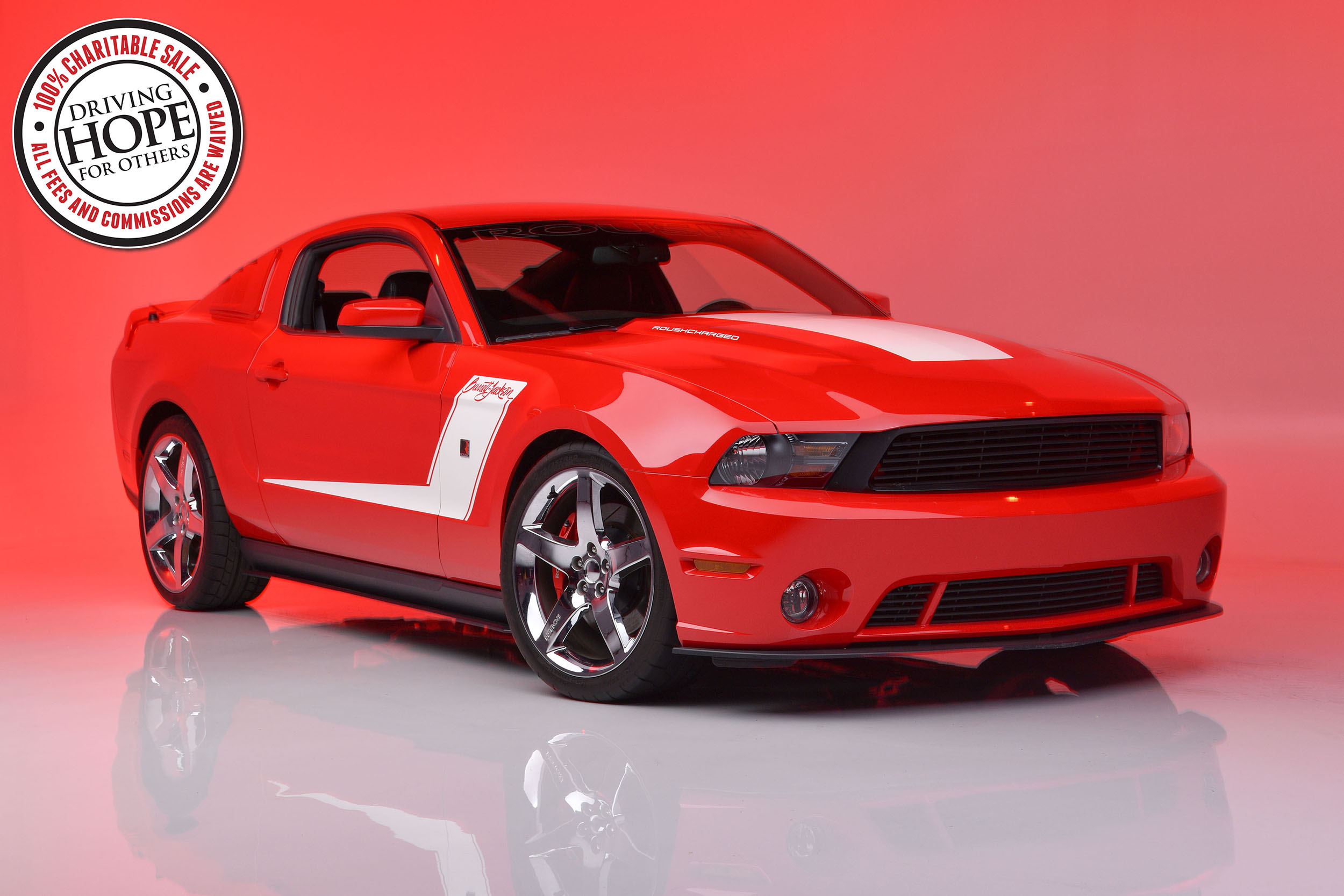 If you are looking for rare machines, look no further than the auction block. You will see cars you didn’t know existed and those you have heard of but never seen, because they built so few.

One such rare Mustang, is the 2010 Ford Roush Barrett-Jackson Edition. Created more than a decade ago, only 25 examples of these S197s were created. This year at its namesake auction, the first example built goes under the hammer to benefit an Olympic gold medal winner’s charity.

“We were honored to host Olympian Michael Phelps at Barrett-Jackson in the past, and we are very much looking forward to welcoming him and his wife Nicole to our March event for the auction of the very first Barrett-Jackson Edition Roush Mustang ever built,” said Craig Jackson, chairman and CEO of Barrett-Jackson. “Their commitment to promoting healthy, active lives through their important work with the Michael Phelps Foundation is admirable, and we are glad we can help their efforts through this sale.”

Donated by Chris Connor, retired Chairman and CEO of The Sherwin-Williams Company this machine features a Roush R2300 TVS-supercharged Three-Valve 4.6-liter engine cranking out 540 horsepower. Sprayed in Planet Color’s Red Hot Chili Pepper paint with Snow White graphics, it wears a number of special touches signifying its special lineage including a Barrett-Jackson logo in the side stripe.

Thus far, Barrett-Jackson’s charitable efforts generated $127 million for more than 130 local and national charitable organizations and this rare Roush will add to that tally while helping the Michael Phelps Foundation in fostering a new generation of athletes.

“Michael Phelps inspired us all during the course of his decorated swimming career,” said Steve Davis, president of Barrett-Jackson. “Translating his passion for swimming into helping youth and adults live more active lifestyles is just as inspiring. It will be exciting to see this incredible Barrett-Jackson edition Roush Mustang cross the block knowing that 100-percent of the hammer price will benefit his foundation and possibly inspire a new generation of Olympic swimmers.”

If you want to bid on this rare Roush, it crosses the block at the Barrett-Jackson auction in Scottsdale, Arizona, in March.