PROJECT REDEMPTION My dream Mustang, and it is a piece of junk.

My dream Mustang, and it is a piece of junk. 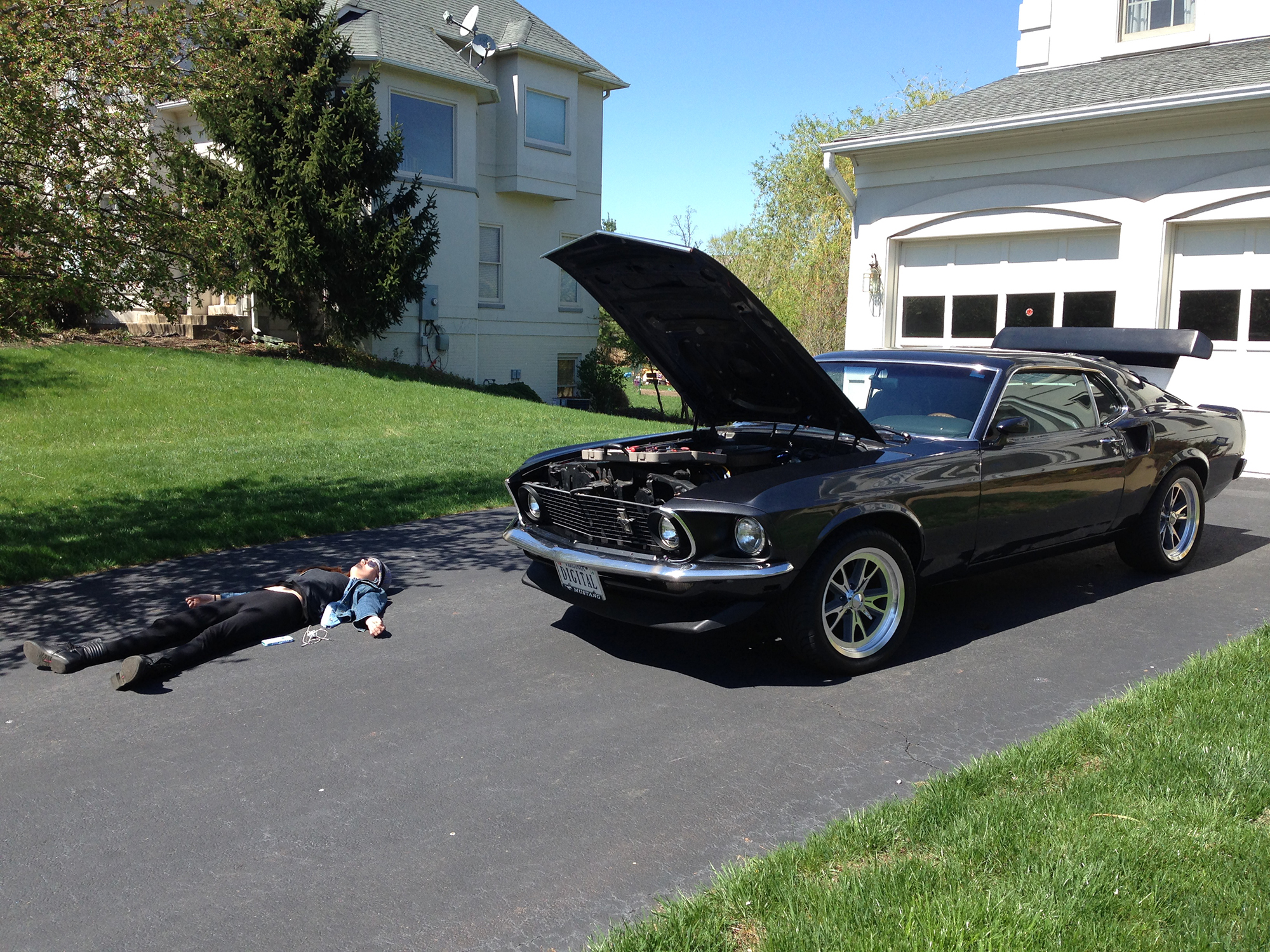 I am on the side of the road. My throttle pedal is stuck. Carbon monoxide fumes fill the passenger compartment. The radiator is smoking beneath the hood of my beautiful 1969 Mach 1 clone. It wasn’t until this moment that I realized I have truly done it. I have purchased my dream car, and it is a piece of junk.

Let’s start from the beginning. Nearly 20 years ago I picked up my first car—a red, automatic, 289-powered 1966 Mustang convertible with a bench seat and power top. I was 16 at the time. Yes, I was a lucky kid and I got into a lot of trouble with that car (only the best kind of trouble, of course). That Mustang taught me many life lessons about the freedom of the open road, responsibility, basic maintenance, adventure, love, and the relationship a young man can have with his car. It was not a show car by any means. It was often spewing out some sort of fluid from somewhere, but it never stranded me. She always made it home, even if the water pump decided to destroy itself or brake fluid sprayed everywhere. As you can tell, I loved this car. Loved it

When I graduated photography school in 2004, I realized it was too expensive to keep the pony running while trying to start a cost-intensive business. Other than putting my favorite Boxer, Winston, down, selling that car was the hardest thing I’d ever done, although her loss would not go unappreciated. That car paid for my first high-end camera system and studio lighting, which would later go on tour with me as I took pictures for magazines like Rolling Stone, Time, National Geographic, and Billboard. I promised myself, though, that I would save and one day buy another Mustang that I could keep forever and build and modify to my driving style.

It took about ten years of scraping money together (when I wasn’t reinvesting it in my growing business) before I had enough money to buy a new pony. I thought long and hard about what year and model I would be putting my blood sweat and tears into. I knew I wanted a hard top because I wanted something with a bit more performance that I could eventually take out on track days without worrying about body flex. I did love my classic ’66 Mustang, but I was always infatuated with 1967-69 models. I first considered a 1967-’68 Fastback, but those were already shooting up in value and it seemed like everyone had one. I eventually concluded that the 1969 was year for me. With its evil quad headlights, shark-like nose, and chin spoiler, I was in love with the lines of the 1969 Fastback. Plus, there seemed to be a lot of deals to be had in the marketplace.

It all started when I began to browse the pages of EbayMotors between long hours of photo editing. I started drooling over some great 1969s, and saw some pretty good values for under $30k. I found one near my old hometown of Washington, D.C. that was a clean-looking home restoration with a mid 1990’s 5.0L engine and a 4-speed transmission. I didn’t mind that it was not all original because I planned on doing an engine swap to a Coyote somewhere down the road.

I ended up hiring a friend-of-a-friend mechanic to check the car out before I saw it in person. He gave me the thumbs-up and reported that, aside from needing some parts here and there, it was a solid car to modify and build-upon. Unfortunately, I didn’t think to have him put it on a rack or spend serious time with it. I later discovered he gave it only a cursory look, which is not what I paid him to do. When I went to go see the car myself, I immediately feel in love. It had shiny new pewter paint, a clean interior, and the 5.0L roared through the three-inch exhaust.

Correction...it wasn’t love, it was lust.

I barely put up a fight in the negotiations, which is shameful considering I am normally quite shrewd in that department considering my day job as a video producer. Infatuation drove my purchase, not common sense. It didn’t even bother me that I paid the price of a comparable car that had a nice but older restoration. As I drove away from the owner’s house, tears in his eyes as he said goodbye his baby, I felt triumphant. I had my new baby and project car. If only I had known beforehand what a project this would turn into…

It didn’t take long for the serious issues to start popping up. Simple things like needing to replace all of the locks to installing weatherstripping in the doors since… well...there was no weatherstripping in the doors. Then the car started to make me high every time I drove it. The carb was too big for the engine, causing carbon monoxide to dump into the passenger compartment. Next, the transmission seized and needed a complete rebuild. Eventually, we discovered bad rust on the floorboards, crossmember, rear frame rails, and shock towers. At this point, I realized that I was in deep trouble.

You look at the car now and you say to yourself, “Man, that is beautiful. How could anything be wrong with that thing?” Funny. I said the same thing about a college girlfriend right before she joined a cult. But I digress. I knew then that I was at a crucial moment . Either I had to face the situation and fix it or sell it at a huge loss.

Selling it would be the easiest solution, but I would take an immediate $15k hit based on the purchase price and the money already invested in repairs. I could try to find another sucker that would fall for her looks and sexy exhaust note, but it’s not in my nature to mislead someone. The only real option before me was to tap every connection and friend I had in the car world and get the Mustang to a safe, but fun-to-drive condition. I am by no means a rich guy. I run a successful company and my bills are paid, but I am not someone who can afford to pay an extra $100k to have my car rebuilt for me. This was going to be a long-term process if I was going to do it right.

My decision was made; she was going to have to come apart piece by piece. I understand that I am not the first person to be in this situation—to fall in love with a car only to find out it needs WAY more than you originally planned. So, I am here to show you that you do not have to leave your bad decision in a rough part of town, unlocked, with the keys in it. Rather, with some patience and determination, you may be able to salvage your car and get it to a place you will enjoy.

My goal is to create a sexy, yet reasonably reliable driver with a coil-over suspension, modern steering, new engine and transmission, and various other modern parts to make owning a classic more fun, but absolutely keeping budget in mind. I will be regularly writing for Mustang Driver and posting videos on the website of my build process for those of you looking to have the best parts for the best value. Let my mistakes be your lessons.

The first step? Install an amazing self-programming electronic fuel injection system that will not only save me from carbon monoxide poisoning, but ensure that I have an engine that starts and runs efficiently every time.