PONIES IN THE PLAZA 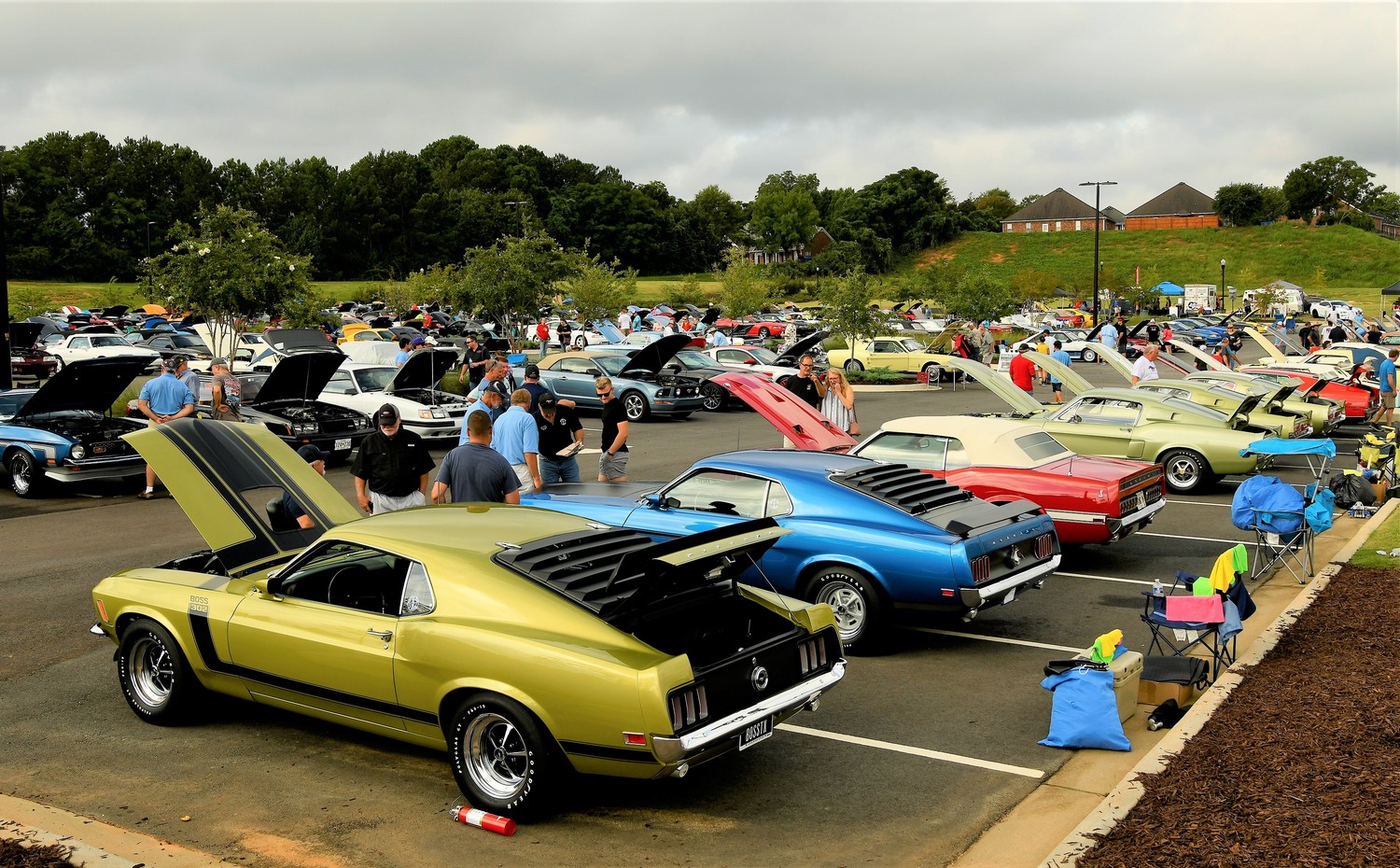 Over 350 Mustangs and Ford vehicles from 1964 and a half Mustangs to the latest 2022 Shelby GT500 crowded the show field for “Ponies in the Plaza”.

Friday saw showers off and on most of the day between periods of bright sunshine.  But it didn’t dampen the spirits of the loyal Mustang owner’s as they toweled dried their prized vehicles several times to prepare them for the judging.  Saturday and Sunday saw the Sun shine brightly on the well-prepared show field.

The CSRA Mustang and Ford Club of Augusta Georgia was the responsible for hosting the show and did an awesome job and sent home many happy Mustang owners with trophies.