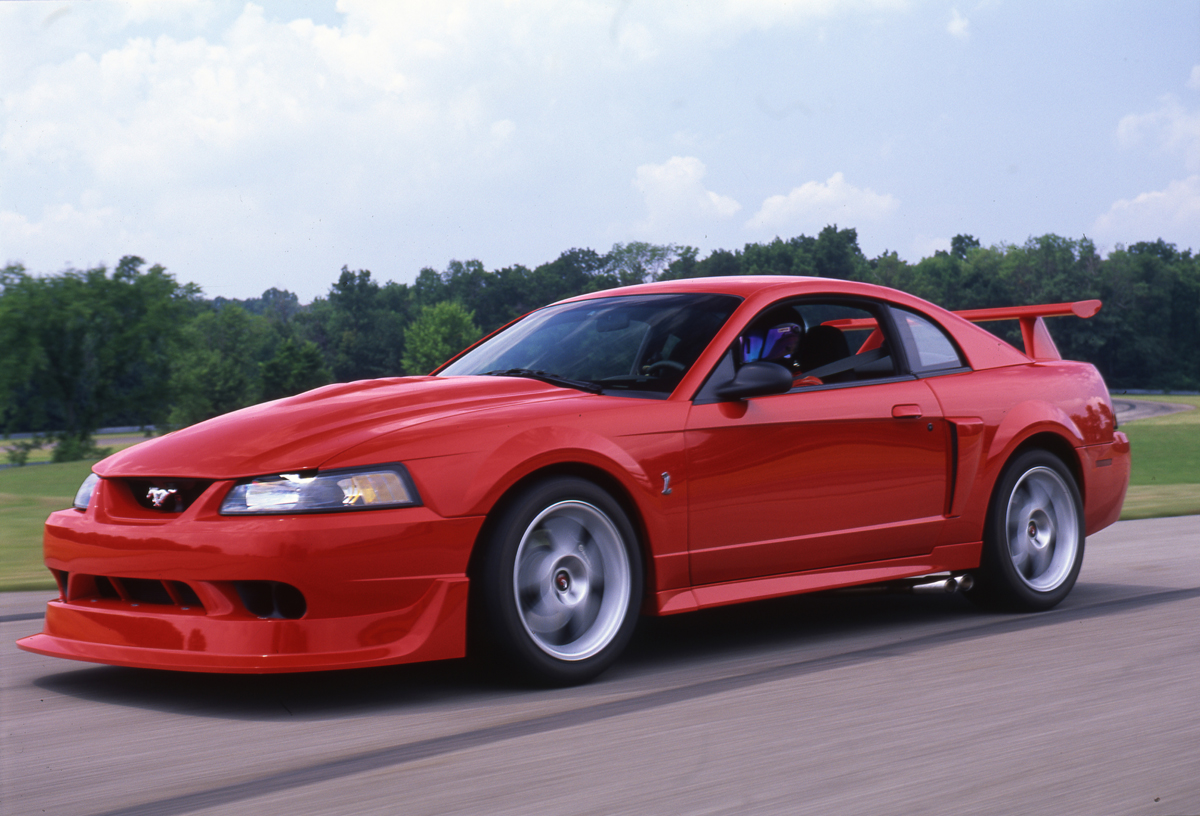 During the height of the Modular era, Paul Svinicki of Paul’s High Performance worked closely with Ford on a number of projects, including the development of the 2000 Cobra R.

That connection eventually led to the acquisition of one of the 13 prototypes used during that process. (He also owns a real, street-legal ’00 R fitted with prototype parts that we took for a spin back in 2017.)

Svinicki turned that chassis into a drag racing machine. With a spray-bore 5.0-liter modular topped by Four-Valve heads and a prototype FR500 intake manifold under its hood, the car ran in the NMRA’s high-revving, naturally-aspirated class, Hot Street. That category is no longer run, so the car sat covered on a lift in his shop.

That changed when Svinicki got his hands on a few of the new 7.3-liter engines offered in the latest Super Duty pickups, Paul had the idea to return to another of his favorite pastimes — standing-mile competition. He has several friends that currently run these events so he wanted to join the party.

I’d like to do 200 in the standing mile. I think it’s achievable, maybe.

Previously Svinicki worked with Danny Thompson, who was pursuing a legacy begun by his father Mickey Thompson, and Brent Hajek to field a reconfigured FR500 road racer at Bonneville. Powered by an E85-burning, Ford GT 5.4-liter engine topped by a big Whipple blower, it ran faster than 250 mph.

“I’d like to do 200 in the standing mile,” he said. “I think it’s achievable, maybe. That would be my goal. It takes a lot of power to get there. These 7.3s with Whipples and minimal boost —  I’m saying under 20 psi — they have been getting 1,100 to 1,200 horsepower out of them. That is, of course, with camshafts, forged rods, forged pistons, and head work.”

While the target is to drop the hammer next year, Svinicki is already formulating a plan that includes shifting the Godzilla power with a Liberty clutchless transmission and planting the power with the car’s existing 9-inch rearend filled with Strange Engineering internals. The car is likely to roll on wheels other than the signature gold Welds it used during its Hot Street run, and the front suspension is slated for an upgrade to robust Maximum Motorsports K-member and supporting hardware.

Stay tuned to see what happens when an iconic prototype rises from the past with Godzilla propulsion under the hood. This should be one road-going rocket, worthy of building on its R-model legacy.