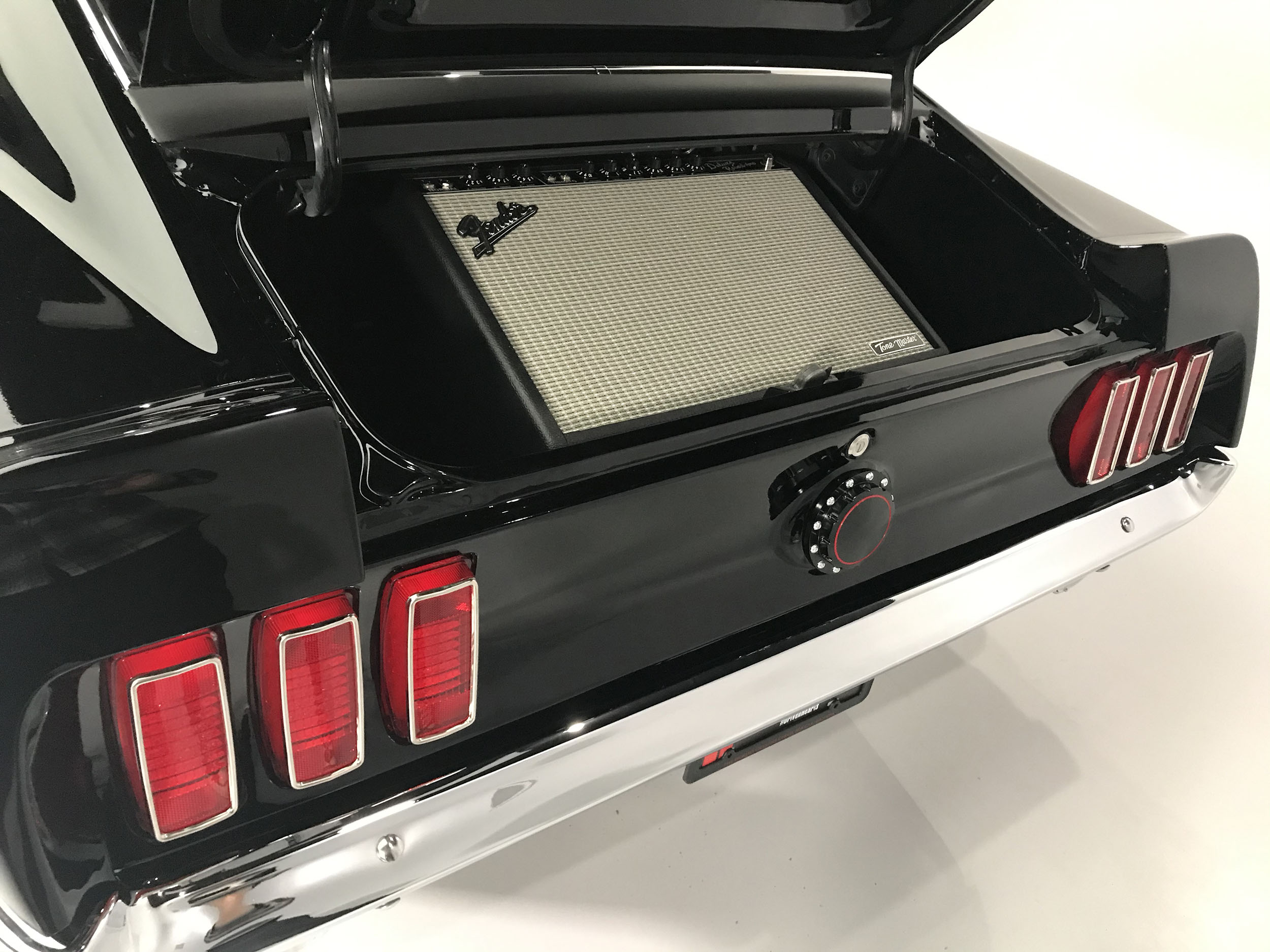 For years, music and automobiles have intertwined. Be it on film or on the local boulevard, there is nothing like cruising in a hot rod with the tunes pumping.

Like Ford’s Mustang, Fender’s Stratocaster is an icon in its world. These guitars are part of rock ’n roll history and thanks to a collaboration with Barrett-Jackson, the company’s custom shop helped create a guitar and car combo that is set to make a little noise of its own at this year’s Scottsdale auction.

“If the Fender Stratocaster was a car, it would be a Mustang Fastback,” said Mike Lewis, VP of Product Development at the Fender Custom Shop. “Fender guitars are no stranger to the automotive industry, as there is much to be appreciated by both guitar lovers and automotive enthusiasts alike. Our collaboration with Barrett-Jackson showcases the pinnacle of Fender Custom Shop craftsmanship and creativity. The Shop is home to the best guitar builders in the world who continue to push the limits of what’s possible. That’s why we’re called ‘The Dream Factory.’ Barrett-Jackson builds dream cars, and we build dream guitars.”

To that end, the two companies partnered to build a pair of restomods — guitar and car — which share a bit of styling DNA from each other. Fusing Mustang with the guitar, Ron Thorn, Principal Master Builder at the Fender Custom Shop, crafted a one-off guitar that wears pickup covers made from 1969 Mustang side marker lights, switch gear modeled after the Mustang’s factory radio, and “MUSTANG” lettering inlaid on the fret board. Of course, it also wears stripes and a pony that match those on its Mustang companion.

“This collaboration combines my top two passions in life — Fender guitars and high-performance cars,” Thorn said. “Stratocasters and fastbacks have long been two iconic symbols of high performance. They are loud, but also classic icons with beautiful lines.”

Like the guitar, the matching ’69 Mustang, which is part of a 10-part Barrett-Jackson Builds video series, features a host of upgrades, which in this case come from a who’s who of aftermarket suppliers. However, it is the styling (and the Fender Tone Master Deluxe Reverb guitar amp in the trunk) that really syncs up the stallion with the Stratocaster. Some of those cues include a custom Boss 429-inspired scoop and custom Fender badging and lettering from Billet Badges.

“We’re excited to begin this project with Fender,” said Craig Jackson, chairman and CEO of Barrett-Jackson. “For years, Fender guitars and muscle cars were the soundtrack of American culture, and this project presents a wonderful opportunity to pay homage to that time and showcase the spectacular skills of the Fender Custom Shop and the Barrett-Jackson Builds team.”

If you want to get in on the bidding action, the matched set of Mustang, Stratocaster, and amplifier hit the block with no reserve at the company’s auction held from March 20-27, 2021, at WestWorld of Scottsdale.