Would you spend nearly four times its sticker price for a 200-mile Fox Cobra? 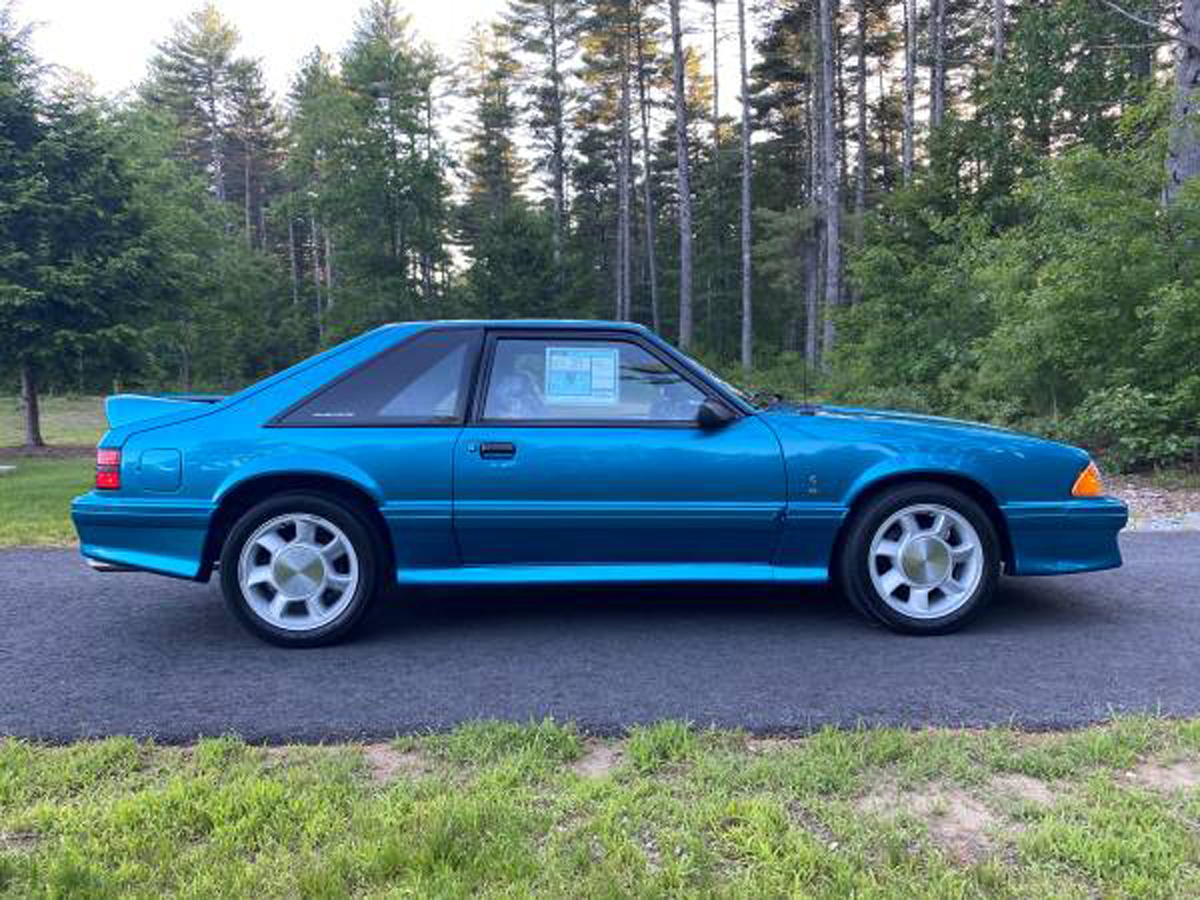 For many, a 1993 SVT Mustang Cobra represents the pinnacle of Fox Mustang lineage. With 235 horsepower under the hood, a tuned suspension, and unique appearance upgrades, these cars truly stood out at the time. That was in part because of their rarity, as the Special Vehicle Team followed the mantra of delivering “Performance, Substance, Exclusivity and Value.”

As such, only 4,993 examples of the first SVT Mustang were created during the 1993 model year and only 1,355 of those were sprayed in Teal Metallic Clearcoat. One of those machines recently hit Craiglist with a firm, yet staggering asking price of $75,000.

To put that in perspective, the base price of a Cobra when it was released, started at $18,505. Sure it could go higher with options like the leather seats in this example, but either way this seller is asking for nearly four times the original purchase price.