HOT STUFF Which Is Hotter, the Mustang Mach-E Or Its Hot Sauce?

Which Is Hotter, the Mustang Mach-E Or Its Hot Sauce? 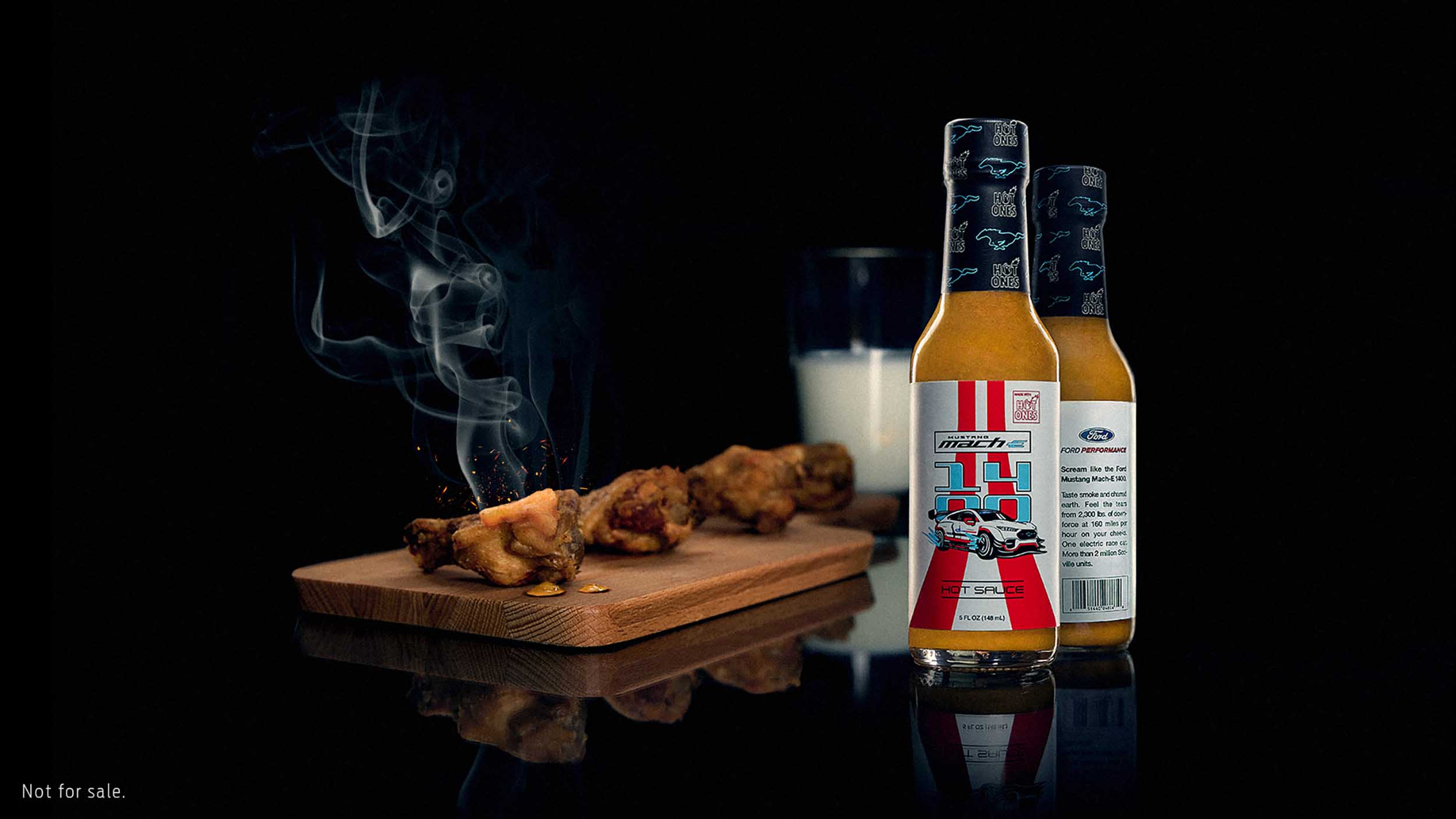 What if you squeezed 1,400 all-electric horsepower into a tire-shredding, four-door machine ready for slideways thrill-rides? That Fun-Having machine is called the Mustang Mach-E 1400. However, what if you put that hot-fire performance in a bottle? That’s just what Ford did when it created a promotional run of Mach-E 1,400 hot sauce.

To put both the sauce — which the company describes as having “notes of smoke, charred earth, and plenty of insanely hot peppers” — and its namesake, tire-shredding machine to the test, Ford Performance enlisted Sean Evans, host of Hot Ones, the online hot-wing interview show, and the co-creator of the Mustang Mach-E 1400, Vaughn Gittin Jr.

‍“We turned the feeling of riding in the all-electric Mustang Mach-E 1400 into a hot sauce,” Gittin said.  “And you can tell by my face that it’s… really hot.”

Gittin, the two-time Formula Drift champion experienced the sauce, while chatting with Sean, but the real fun-having happened when Evans strapped in for a shotgun ride as Vaughn really heated up the tires in the Mach-E 1400. “It was like the most insane roller-coaster ride ever,” Evans said. “I didn’t want it to end, I didn’t want it to stop.”

While the sauce isn’t for sale, Ford used the video to highlight you can order a Mach-E GT to get a little of that flavor for yourself.