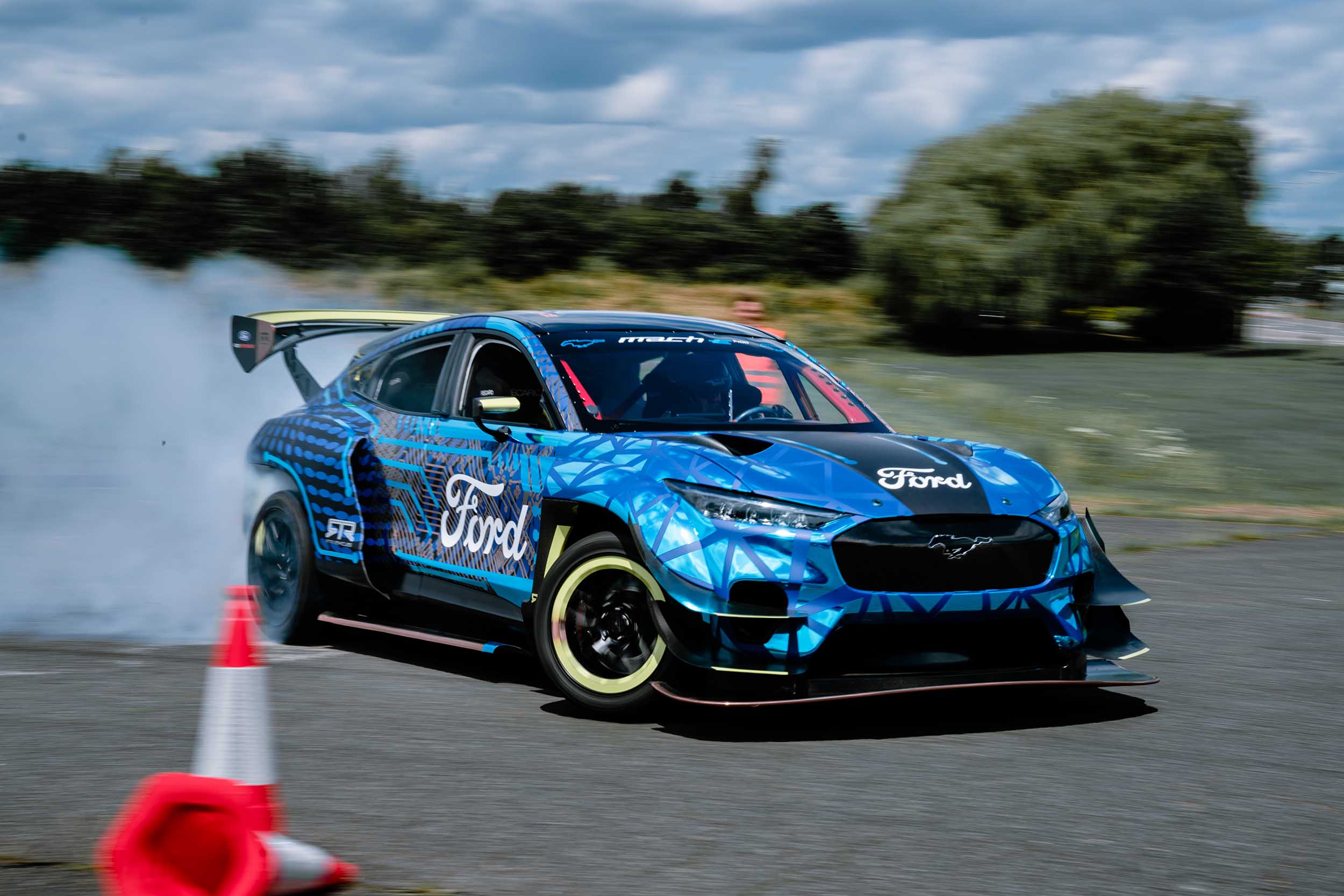 Described as “mind-blowing” by the man who helped bring it to life, Vaughn Gittin Jr., the Mach-E 1400 is an all-around performer designed to showcase the outer limits of Ford’s electrification strategy.

This year the 1,400-horsepower four-door took another trip across the pond to ascend the storied hill at the Goodwood Festival of Speed. Wearing a new livery, the seven-motor wonder featured a new driver behind the wheel for this year’s climb. Driver Richard Westbrook piloted the seven-motor electric pony up the hill for the timed shootout, and after the fact, this accomplished driver shared what it was like.

“It has blown my mind to be honest,” Richard said. “People have told me how much I’d love it, but I had no idea so many people came here. And this isn’t at capacity. It’s absolutely incredible and a really special event. From an industry point of view, it’s exactly as a car show should be. Seeing the cars driven in anger. The Shootout that I’m involved in is just nuts. It’s really, really cool.”

With a victory at the Daytona 24 and several podium finishes at the 24 Hours of Le Mans under his belt, Westbrook definitely knows a thing or two about driving fast cars, but this electric machine was a pleasant surprise.

“People may criticize me for this, but I’m starting to like the whistling sound, especially when it is driven in anger. It’s a very distinctive sound. It has changed my view of it. There is absolutely performance there in this technology,” he added. “For me, I’d love a combination of EV and combustion. People in cities using EV, and then when you have more space or a longer journey, use combustion. But as someone who lives in a city center, the idea of eradicating pollution completely is an amazing prospect.”

For more on what he had to say, check out the full story on the Goodwood site HERE.