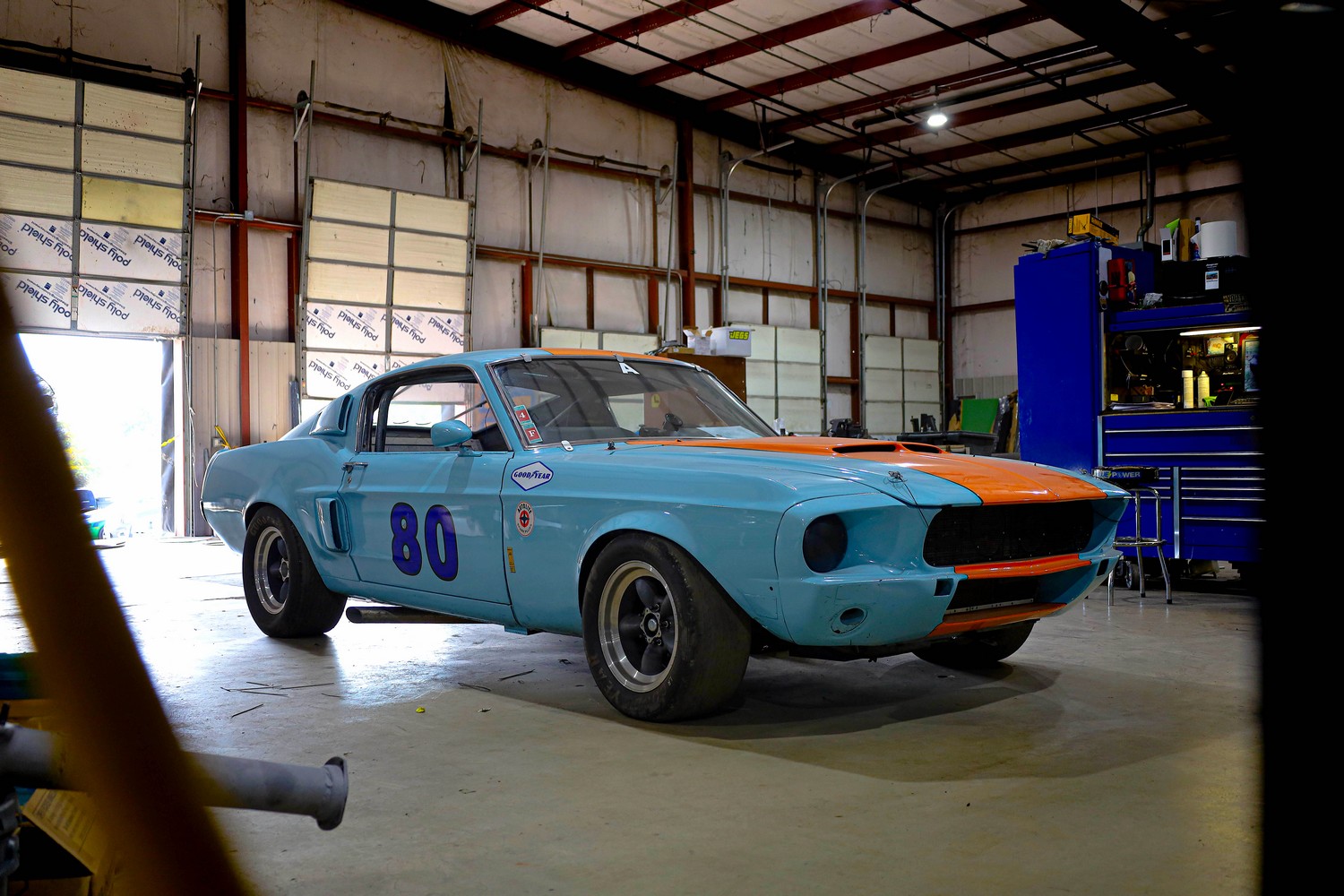 After founding and selling a successful medical technology company, Seth Burgett set out on a sabbatical that included a cross-country trip in a vintage Bronco. That journey not only produced life-long memories for Burgett and his son, but it served as the inspiration for another burst of entrepreneurism.

After seeking a Coyote-powered Bronco and being quoted build times as long as three years, he decided to put his Executive MBA from Washington University’s Olin Business School, an Executive Certificate in Strategy and Innovation from MIT, an Executive Certificate in Finance from Stanford, and an undergraduate degree from Missouri Science & Technology to good use. He founded Gateway Bronco, which now mass-produces custom vintage Broncos (and a few pickups)powered by modern Ford engines in a much more palatable time frame.

With the company creating as many as 18 Broncos per quarter, Gateway Bronco is undoubtedly another viable business launch. Even with that success, Burgett is always active outside the business, enjoying pastimes as far-ranging as triathlons and bare-foot water skiing. A more recent hobby is racing a classic Shelby in SportscarVintage Racing Association competition.

Built on March 14, this 1967 Shelby GT500 was configured with a 428 underhood and Dark Moss Green paint with a black interior. Carrying Shelby production numbe r1,132, it was first documented as a race car in 1969 and ran at the Florida International 12 Hours of Endurance at Sebring International Raceway in 1971. From that point on it raced in every decade since even running with a Boss 302 engine swap from ’77-’83.

After freshening the car and outfitting it with a small-block engine, Burgett worked his way up with open-track events and driver training before jumping into vintage racing.

“I’ve really kind of trained for a couple of years on open track events where you point people by in a safe learning environment, going to Skip Barber Racing School and then hired a couple of coaches,” Burgett explained. “One of those being Billy Johnson, who has been great to work with, and then our first real effort together was at Sebring. So my first race was an SVRA event, and I was freshly licensed just the week before, then I did the Sebring event in February.”

He entered the event with realistic goals and a modest combination. However, after excelling in qualifying, he gained confidence. The idea of finishing on the podium didn’t seem far-fetched.

“I said,‘You know, I’ll be happy if we're middle of the pack and we go out we do well,we’ll just stay safe, stay away from the other drivers and I’ll be fine with a middle-of-the-pack car and build and that meets my budget,” he recalled. “So that’s the car they built for me. I sad, ‘Let’s maybe go to the next level upon the transmission,’ so we went with a Jerico and did some things to make it a little bit faster car, but went with a middle-of-the-road type of engine…”

On race day, the heat of battle took over. He started pushing hard from the get-go. Alittle too hard, in fact. Though he has experience building off-road machines, going off-road in the Shelby was not the kind of start to the race he had envisioned.

“I was battling out with a ’63 Corvette split-window and I felt like you know I can out-brake him…” Burgett recalled. “…I roll on the brakes and I just keep on going I go straight off the track and there's grass flying everywhere. You can see it on the camera and in the cockpit there’s grass on and it’s a mess.”

Undaunted by the inauspicious start, he came back pushing harder. However, this was a case where the driver was better prepared than his hardware. He kept the car on the track and moved to the front, but sustaining that lead proved challenging.

“So, I have my work cut out for me. It’s on the second lap. So I caught up with them all battle it out, did my thing, worked really hard, and got to first place. So we’re first place in class, we're on the second to last lap, and pulling away from that second-place position. Then it starts cutting out a little bit coming on the straightaway and then we got a little worse and worse,” he said. “…I’m in third place and I didn’t think it was gonna make it to the finish line. The engine overheated because it wasn’t built for running it that hard, it was built for the middle of the pack, so we ended up going across the finish line at 55 miles an hour, and leaving smoke trails so bad that we don't think there are any more mosquitoes in Sebring, Florida.”

It wasn’t quite the storybook finish that Burgett had hoped for, but he hasn’t given up. The early success inspired him to build his next engine as a front-runner so it won’t suffer the same fate. Of course, when we spoke to him during the Barrett-Jackson auction in West Palm Beach, Florida, in April, he was still constrained by supply chain issues, with crankshaft wait times exceeding 22weeks. He hopes to have the Shelby back in action this fall at Road Atlanta.

While he enjoys racing his pony car as an escape, don’t look for Gateway Bronco to start building Mustangs anytime soon. Burgett’s company is focused on delivering on its original mission, and the launch of the modern Bronco has only stoked the fires of interest for those wanting a modernized version of the classic 4x4.