Tribute Mustang fir for the king 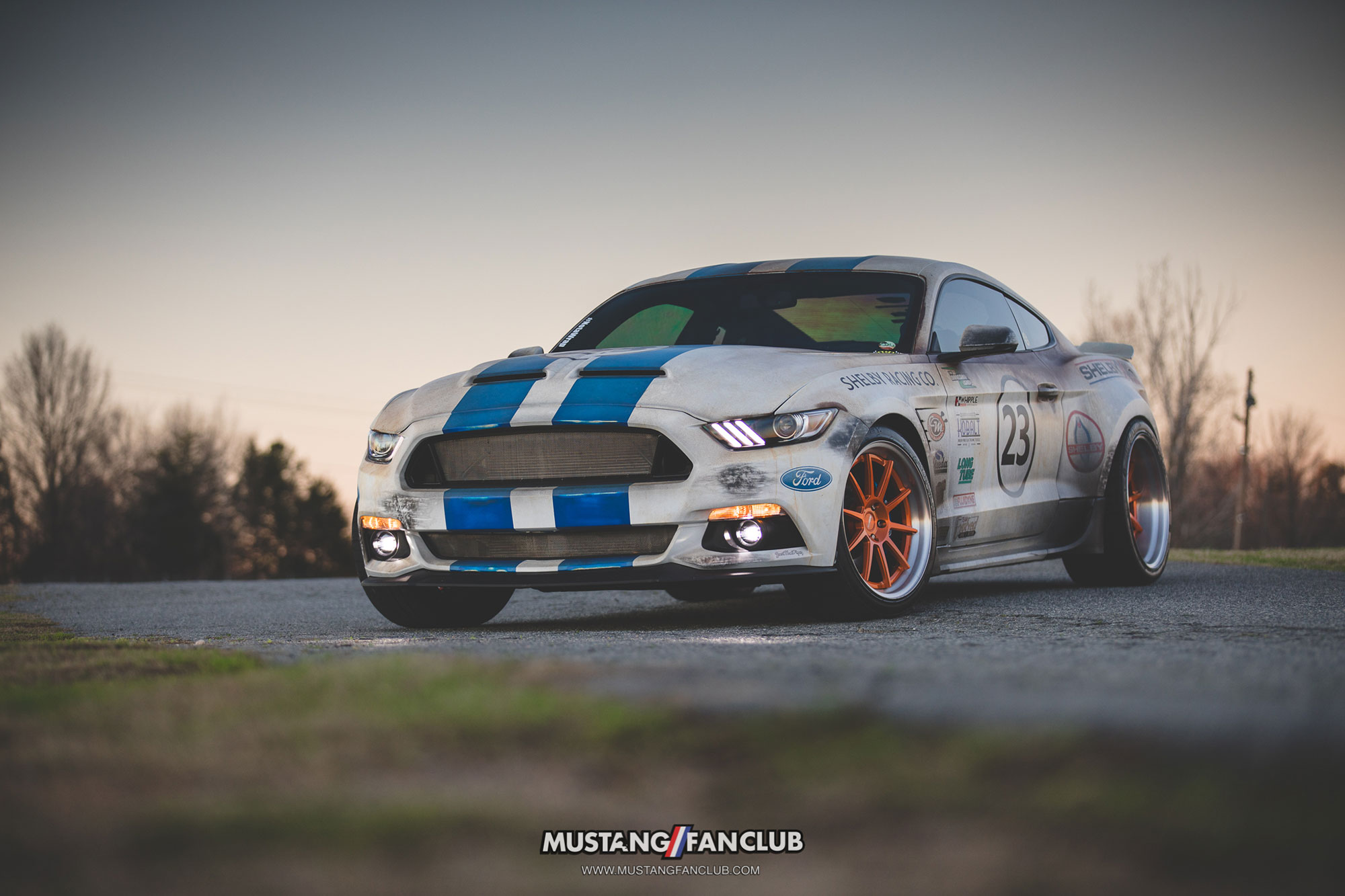 We all know about Carroll Shelby, but most of you may not know of Jonathan Nerren. Jonathan was born and raised in Concord, North Carolina. That area of North Carolina is very automotive-centric, thanks to NASCAR. While growing up, he was always around cars. When chatting with Jonathan about his earliest car-related memory, he mentioned the day he got his license. On that same day, he also did his first donut!

Let’s fast forward a few years to the first time Nerren was exposed to drifting. While serving our nation in the United States Navy, he was stationed in Yokosuka, Japan. There he met Toshihiko Kubota, who painted the cars for the movie Fast and Furious Tokyo Drift and was involved with the local drift scene. Jonathan was fascinated by the types of cars from the Fast and Furious movie that Toshi was repairing in his shop. He eventually started shadowing Toshi to learn the ins and outs of the drift scene. Today, Jonathan Nerren has earned his Formula Drift Pro 1 license and will be competing in the 2020 Formula Drift Season with his Shelby SuperSnake competition Mustang.
‍

Shelby is arguably one of the most iconic names in the automotive and motorsports world. Nerren had the idea of paying homage to the late, great Carroll Shelby on a ride home from the West Coast with his crew chief, Nic Snyder. They needed a second car for the SEMA Show in Las Vegas back in 2018. Jonathan and his team had recently finished his Shelby Super Snake competition Mustang at Throttle Junkie Tuning, which was planned to go to SEMA.
‍

Jonathan tells us that the Ingot Silver, 2017 Mustang GT was intentionally purchased to be his daily driver. That didn’t last long! With the SEMA crunch in full swing, Justin Tambasco had a two-week timeline in which to finish the full SuperSnake wide body conversion on the Mustang.

Jonathan had this idea of creating a “weathered” race livery on the Shelby Tribute Mustang. “We wanted the new model Shelby Mustang to look like Carroll had been racing the car, kicking Ferrari’s ass of course,” says Nerren. “Then he parked it in a field to sit for the last 50 years.”  Jonathan reached out to a close friend of his, Jason Brozak who owns Just the Dipz, to put their idea in motion. Jason has been applying Plasti-Dip to his personal Mustang and several client’s vehicles for years.
‍

Jonathan tells us that the Ingot Silver, 2017 Mustang GT was intentionally purchased to be his daily driver. That didn’t last long! With the SEMA crunch in full swing, Justin Tambasco had a two-week timeline in which to finish the full SuperSnake wide body conversion on the Mustang. That timeline quickly got shortened to just six days! After the wide body had been installed, Jason from Just the Dipz worked his magic and added the Plasti-Dip livery to the Mustang. While the Plasti-Dip was still wet, Nerren and his team got to work installing all the modifications to make this Mustang a real monster on the track!

For the 2020 season, Jonathan Nerren and his teammate Tyler Nelson will be traveling nationwide as the Shelby American Drift Team in the Pro 1 Series of Formula Drift. Their first event was scheduled to be in Long Beach, California April 10th and 11th, but was canceled due to the Coronavirus. Once things get back to normal, in addition to their Formula D schedule you can find them at events like Holley Ford Fest, Gridlife Midwest, Mustang Week, CJ Pony Parts drift demo, zMAX Dragway for NHRA 4-Wide Nationals, Street Car Takeover and SEMA. You can keep up with all of their action and schedule on social media:
‍
‍Instagram: @JonathanNerren, @Drift_Nelco
Facebook: Jonathan Nerren Racing, Tyler Nelson Motorsports
YouTube: Jonathan Nerren Racing, Tyler Nelson
Website: jnerrenracing.com