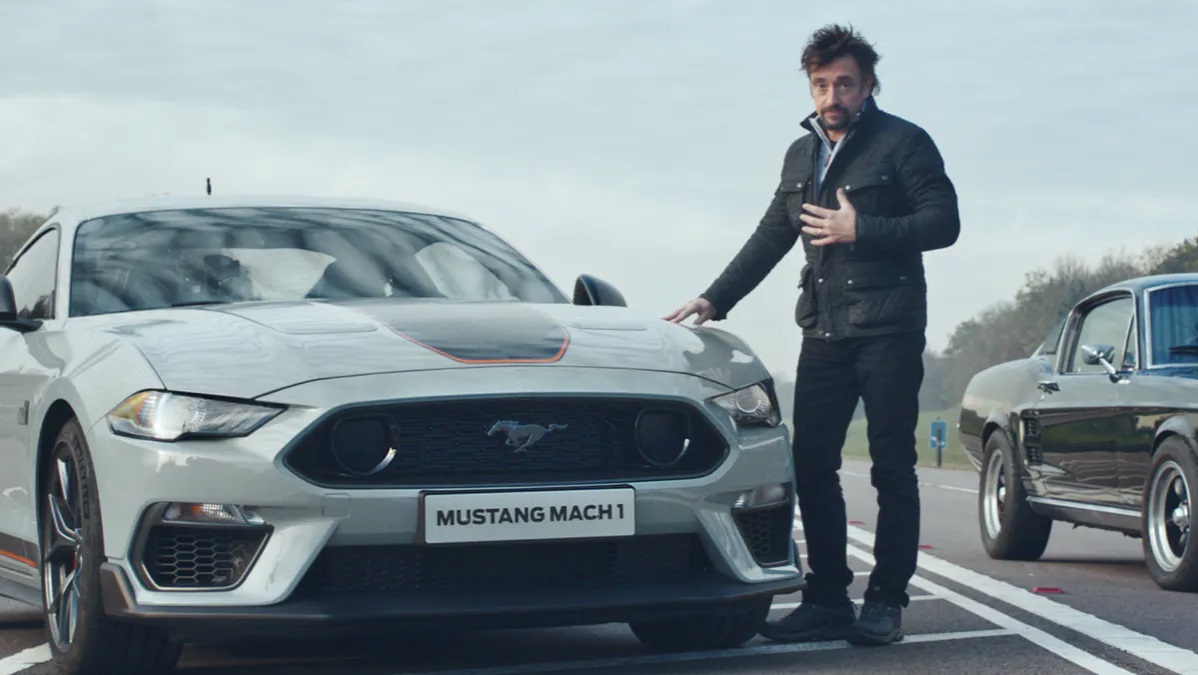 Fans of Richard Hammond’s exploits on Top Gear and The Grand Tour, know the Hamster is a fan of the Ford Mustang. As such, the Blue Oval teamed up with him to answer a few questions about the 2021 Mustang Mach 1 that were submitted online — and he became one of the first people outside Ford to drive the forthcoming retro performance pony.

While Ford will offer a right-hand drive version in the UK, Hammond wheeled a left-hand drive version familiar to those of us in North America at Ford’s Dunton Campus facility in Dunton Wayletts, Laindon, Essex, United Kingdom. There, he navigated the big track and quite enjoyed the Mach 1’s thrust. “Of course it’s fast. It’s got a massive V8!,” Hammond laughed.

To put its true handling to the test, he put the car through its paces on a figure-eight he dubbed, “Hammond’s Loop.” His antics there created some time smoke and kicked up a few rocks before he answered the most important question of them all. Does it deserve to be called a Mach 1?

“It’s a faster, better-handling version of a standard Mustang, so in that sense, yeah it does. More deeply it’s a lot more complicated than the original, but so is everything these days,” Hammond concluded. “And, it manages to be faster and handle better without making a terrible fuss about it. It retains the sense of simplicity, of clarity, of purpose, so it retains the spirit of the original. So, yeah, it does deserve to be called a Mach 1.”

We certainly can’t wait until next year to find out for ourselves if his analysis is correct.