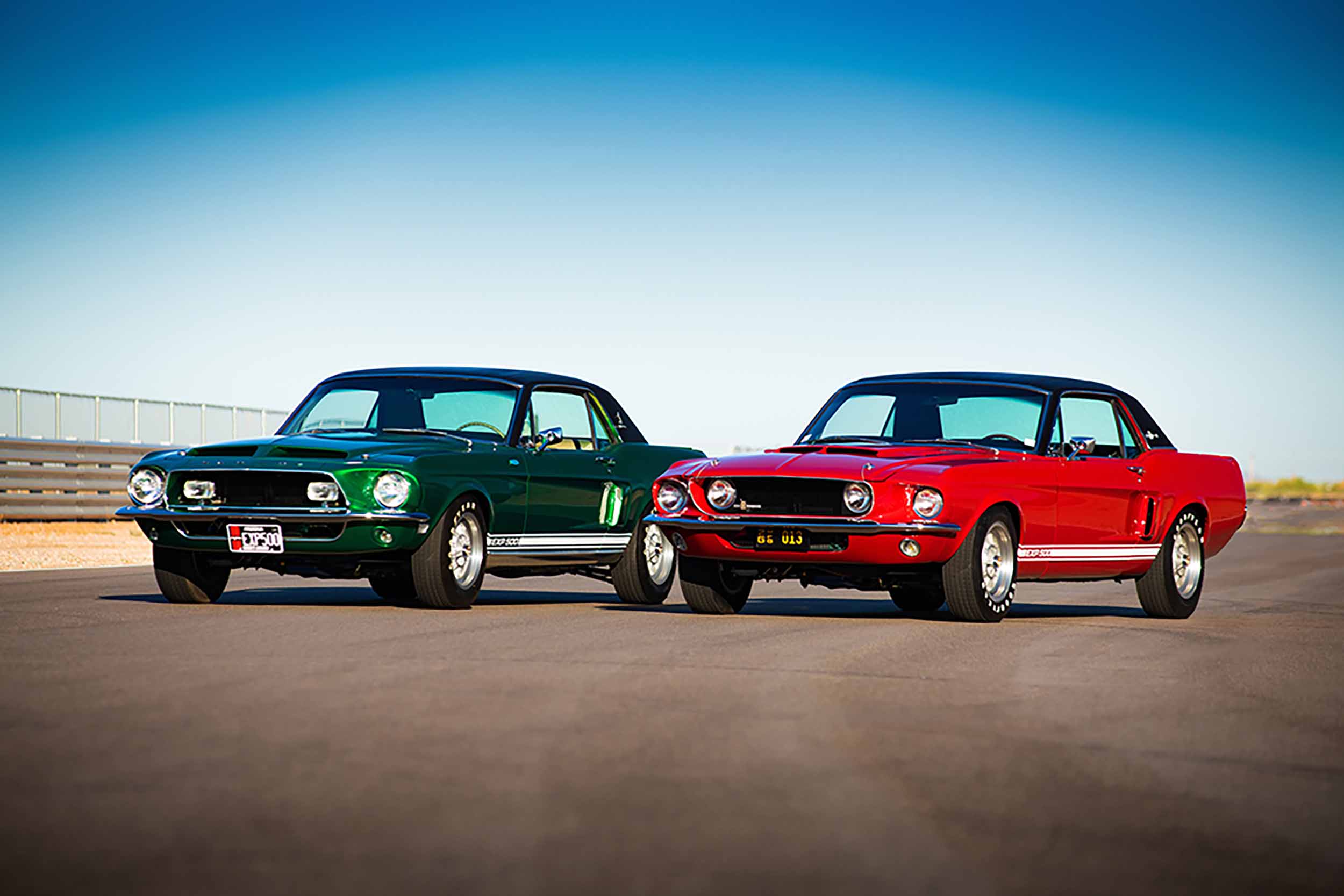 In January of 2020, two significant Shelby Mustangs were reintroduced to the world at the Barrett-Jackson auction in Scottsdale, Arizona. The 1967 Ford Shelby EXP 500 prototype known as “Little Red” and the 1968 Shelby EXP 500 known as the “Green Hornet” are the only coupes to wear the Shelby nameplate. The cars were tracked down and restored and the effort is now detailed in two documentaries.

“Every collector and historian dreams of making such an incredible find,” said Craig Jackson, chairman and CEO of Barrett-Jackson. “We rewrote history throughout this process of locating, purchasing and restoring Little Red, a car long-believed lost, and bringing The Green Hornet meticulously back to its Shelby Automotive prototype form. Along the way, we fundamentally changed the way that collectible cars are documented by effectively crowd sourcing information about each of these historically significant vehicles. I couldn’t be more grateful to the incredible team who made this happen, including the visionaries at Shell/Pennzoil, who supported the projects from the very start.”

Filmed over two years, “The Hunt for Little Red” and “The Legend of the Green Hornet” films were produced by Z Media. These documentaries, narrated by Carroll Shelby’s grandson Aaron Shelby, detail the location and restoration of the two legendary machines.

“This Shelby prototype was one of the most sought-after and elusive vehicles in postwar history,” Jackson said. “For decades, everyone claimed the car was crushed, wrecked or stolen, making Little Red the holy grail of missing cars. Since many experts swore that it no longer existed, we carefully documented every step. As this story evolved, it felt a lot like a Hollywood blockbuster. Through our documentaries and website, collectors and enthusiasts can relive every moment of the adventure.”

“Ford and Shelby were riding high in the mid-1960s, having beaten Ferrari on the international racing stage,” Steve Davis, president of Barrett-Jackson and the past owner of the Green Hornet, added. “They wanted to transfer that success to the street, so Green Hornet and Little Red became key parts of their advanced engineering programs. From superchargers and electronic fuel injection to four-wheel disc brakes and independent rear suspension, these Shelbys were platforms to pioneer advanced technologies in use today.

The Green Hornet quietly passed between a couple of owners including myself before its restoration, but most were convinced that Little Red was forever gone. Through meticulous documentation, those myths were replaced with stories that are even more fantastic.”

The two hour-long documentaries aired on A&E Networks’ FYI channel March 18th and on the History Channel on March 21. The films are now on the Barrett-Jackson YouTube channel.