MotorWeek Looks Back At A Rare Shelby Fox Mustang 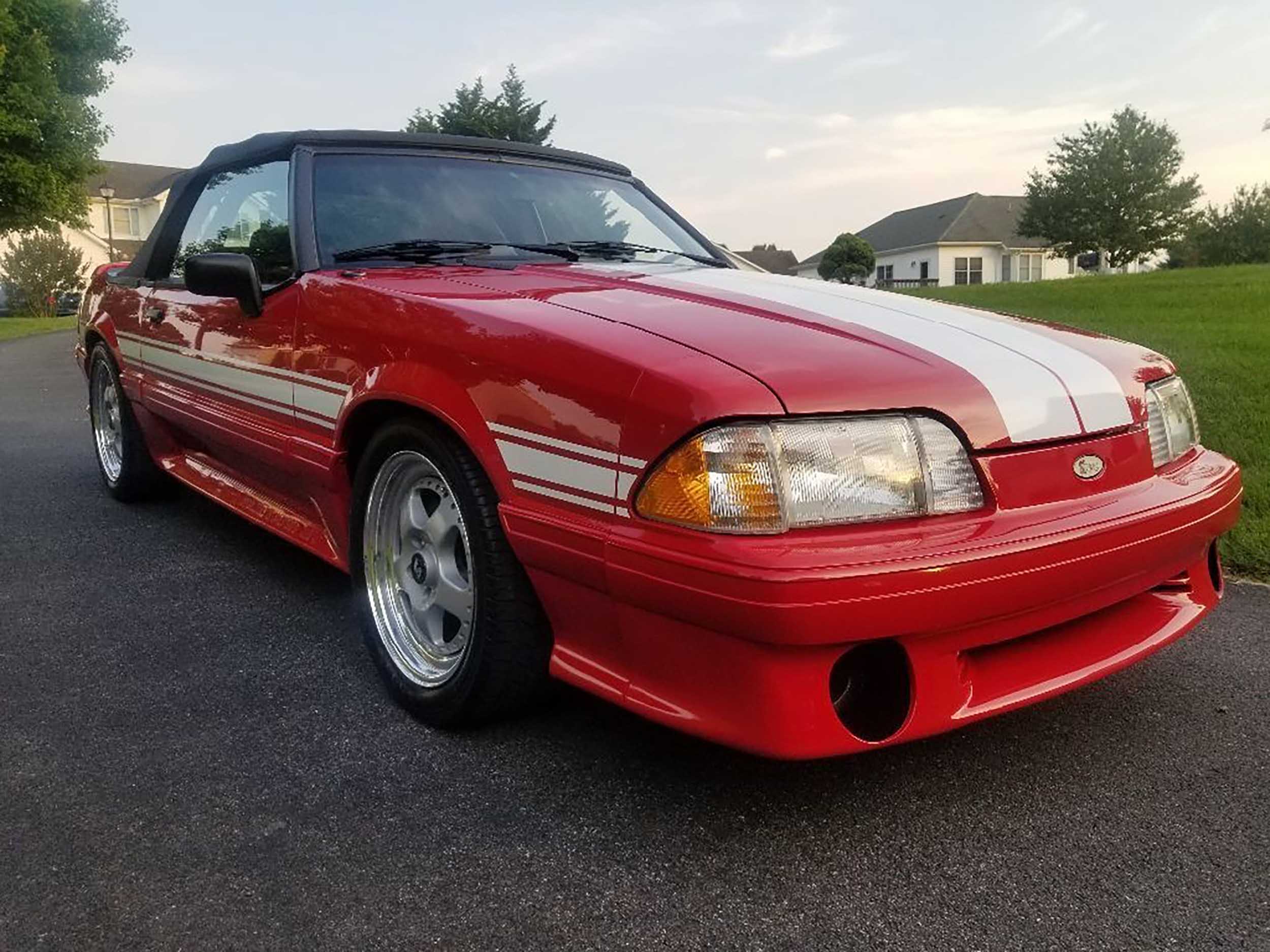 Old-school Fox fans know, there was a run of Shelby-authorized Foxes created by the Shelby American Auto Club from 1991-1993.

Recently, the internet got worked up about Chip Foose sketching what he thought Carroll Shelby might have done with a Fox Mustang. MotorWeek recently posted a Retro Review video featuring a ’92 SAAC Mk II convertible.

“Many performance car enthusiasts wish they could bring back the old muscle cars of the ’60s and ’70s. The Shelby American Automobile Club has done the next best thing,” MotorWeek host Lisa Barrow explained. “This is the SAAC Mark II convertible, a modified 1992 Ford Mustang designed to recapture the spirit of the original Shelby Mustangs while offering modern convenience and economy. In addition to the obvious roll bar and graphics modifications include beefier brakes, an upgraded suspension and new wheels and tires.”

If you aren’t familiar with these cars, they are, in many ways, the table-setter for the vaunted 1993 SVT Mustang Cobra, as they used the Ford Motorsport upgrades of the day — 65mm throttle body, GT-40 cylinder heads, and GT-40 intake manifold — which were eventually adapted to the Cobra, with the intake design becoming a more affordable cast version for the Cobra.

“It’s the engine, though, that makes this Mustang break away from the pack with a new intake, heads, throttle body and low restriction exhaust system. It packs quite a punch! Its 295 horsepower and 326 pound-feet of torque allow it to run from 0-60 in a claimed 5.2 seconds while the quarter-mile flashes by in 13.6 seconds at 102 miles per hour. Top speed is estimated at 150 miles per hour,” Barrow added. “The Mark II is legal in all states but don't expect to see too many of them production is limited to 250 and each car will bear its number on a special dash plaque and also on the convertible roll bar. This kind of nostalgia is not cheap. A coupe version of the Mark II will set you back about $42,000, while a convertible goes for $49,000.”

So, while you might marvel at the cost of a clean Fox Mustang these days, the SAAC Mk II convertible definitely commanded a premium price back in the day. For more on these cars, you can check out the forum on the SAAC web site HERE.