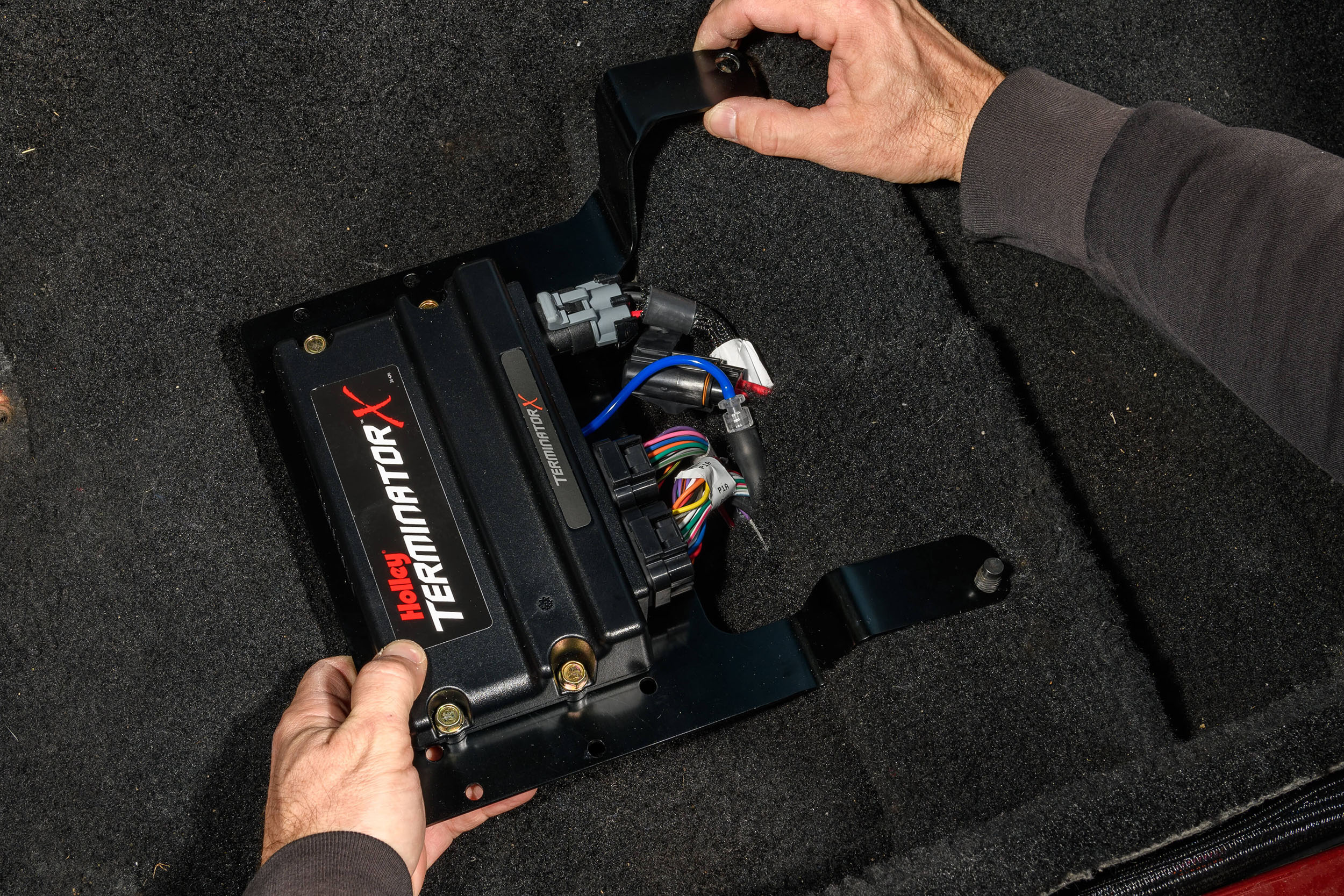 Fuel injection has ingrained itself into our automotive realm. Thanks to companies like Holley Performance Products, affordable EFI systems rival the OEM’s offerings and surpass many in capability. Benefits such as wide-band oxygen sensors, real-time adjustability, and power-adder controls are just the tip of the iceberg for reasons why an upgrade is a good idea.

Earlier ECUs required burning information to a “chip” that would then use the updated information to try and control an engine’s air and fuel, as well as spark, drivability controls, and various other aspects of operation. The OEM “narrow-band” oxygen sensors were somewhat effective at keeping your engine’s tune close to an EPA-approved “stoichiometric” air/fuel ratio while at cruise, but fell off quickly during other areas of operation— and forget about getting any assistance from them at wide-open-throttle.

Today’s wide-band sensors have a much broader (wide) air/fuel spectrum they can effectively “see,” which makes them an excellent reason for an upgrade by themselves. They are able to interpret air/fuel ratios within the entire scope of engine operation ranging from idle to WOT in boosted applications. This ability means today’s newer aftermarket ECUs, such as Holley’s Terminator X and Terminator X Max will not only give you optimum fuel control for clean operation, but also can be set for maximum power throughout the engine’s entire range of operation.

Holley has not only created a highly-capable controller, but they have invested resources to tailor-fit several different systems for specific applications. The company offers Terminator X and Terminator X Max systems for Fords that will control both four, and two-valve Mod Motors, Coyotes (including Ti-VCT), and the venerable Foxbody’s MPFI 5.0-liter. Kits feature plug and play ignition capability with Dual Sync and HyperSpark Distributors (adapter 558-323 required for HyperSpark Distributors). Holley also offers universal kits if your specific application is not already addressed.

Installation with one of Holley’s Terminator X systems is simply a matter of following a few steps to integrate the system into the car’s current build. Check out this blog Holley did on installing a Terminator X into a Foxbody Mustang. And you Foxbody Mustang owners will appreciate that Holley even supplies a custom mount for your new Terminator X ECU under the passenger’s seat!

Once the system is installed, setting up the Terminator X or Terminator X Max can be accomplished by answering basic questions about the engine and drivetrain and then the Terminator X’s self-tuning capabilities can take it from there. Terminator X comes fully loaded with base maps for common V8 engine combinations. The 3.5" touch-screen LCD contains an easy-to-use calibration wizard as well as tuning and gauge display functions. Complete setup for most applications can be completed through Holley’s 3.5-inch touch-screen LCD, but a larger (7-inch) Digital Dash and an oh-so-cool 12.3-inch Pro-Dash is available to receive the most information as possible during operation.

Whether upgrading your engine to late-model specs or simply adding EFI to your vintage Ford, Holley has opened up many cutting-edge benefits to those embracing Electronic Fuel Injection. In many ways, it has surpassed factory offerings and with either a hand-held device or software download for laptops, the ease of optimizing an engine has never been easier.