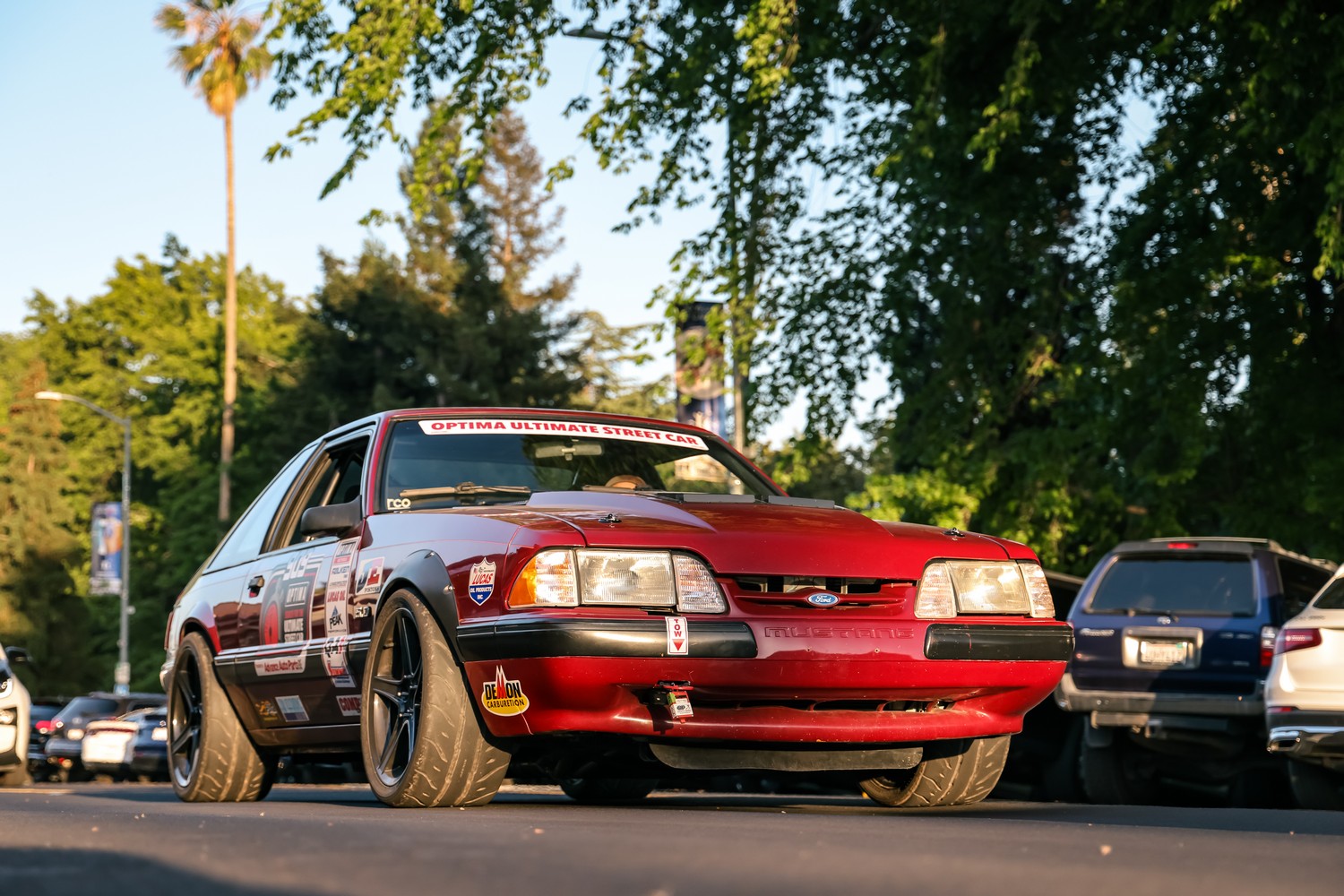 I purchased my 1989 Ford Mustang LX from a corner lot in Washington state eleven years ago. It was clear this car was once a desperate attempt at creating an awesome ride that just didn’t happen.

My original vision was to restore all the original features. I did a great job at this and started by disassembling the entire car not leaving one nut or bolt untouched. Frame rail and floor pan rust was repaired. On reassembly I made sure everything worked including the map light, rear window defrost, power windows, mirrors, seats, and performed extensive surgery to make the cruise control work again. On top of that, all upholstery was redone. I freshened up the Powertrain with a mild 347,a Tremec TKO600, an aluminum driveshaft, and a set of 3.55’s in the rear. Under the car received a host of mods from Maximum Motorsports. Toping it off, I installed a new R-134 air conditioning system. It was a sick ride.

However, with a background in road course racing, there was always an itch to go racing. I slowly began modifying the car to work better on track. It was like Jekyll and Hyde had taken over the build and eventually Hyde took over completely. Creature comforts I had worked on so hard were removed. Items removed included power seats, air conditioning, and cruise control. The car now spends more time on the track while remaining street legal. A host of safety items are now installed in the car like FIA approved Seats, 5-point harnesses, and a roll bar. Wildwood calipers and 14-inch rotors now sit behind a set of Falkentires. I have managed to fit 315/30R18’s on the rear with285/30R18’s on the front. A strange engineering full floater on the 8.8 rear end solves a few problems associated with an 8.8 being used in the track environment. The front struts have been removed and replaced with SLA. All four corners are also supported by coil overs. I swapped out the engine; staying true to the platform I had another Small Block Windsor built as a more aggressive 347.

While the fox remains street legal, in some states, the car has now competed in two events with the Optima Search for the Ultimate Street Car Challenge. Those two events revealed many issues still present. As I write, the car is now receiving a Torsen differential and a shock upgrade to solve a push on mid to corner exit. There is still much room for improvement. Many more modifications are planned, and I can’t wait to see how they affect lap times. I would like to thank my sponsors for their support they have given, including:

You can also have your car featured in MustangDriver.com.   Just send a brief description and history of your vehicle along with pics to: jnichols@mustangdriver.com

Also, send some information about yourself and your interests in Mustangs.

No items found.
Text Link
Image Gallery
more cool stuff
ROAD TRIP READY The 2021 Mustang Mach-E Is EPA-certified for up to 300 miles
GRIP & RIP What’s It Like To Drive The Mach-E 1400 At Goodwood
ONE COOL GT500
SVE SUPER STALLION 1991 Ford enthusiasts had something to roar about.