Tangier Orange '87 in Honor of a Father 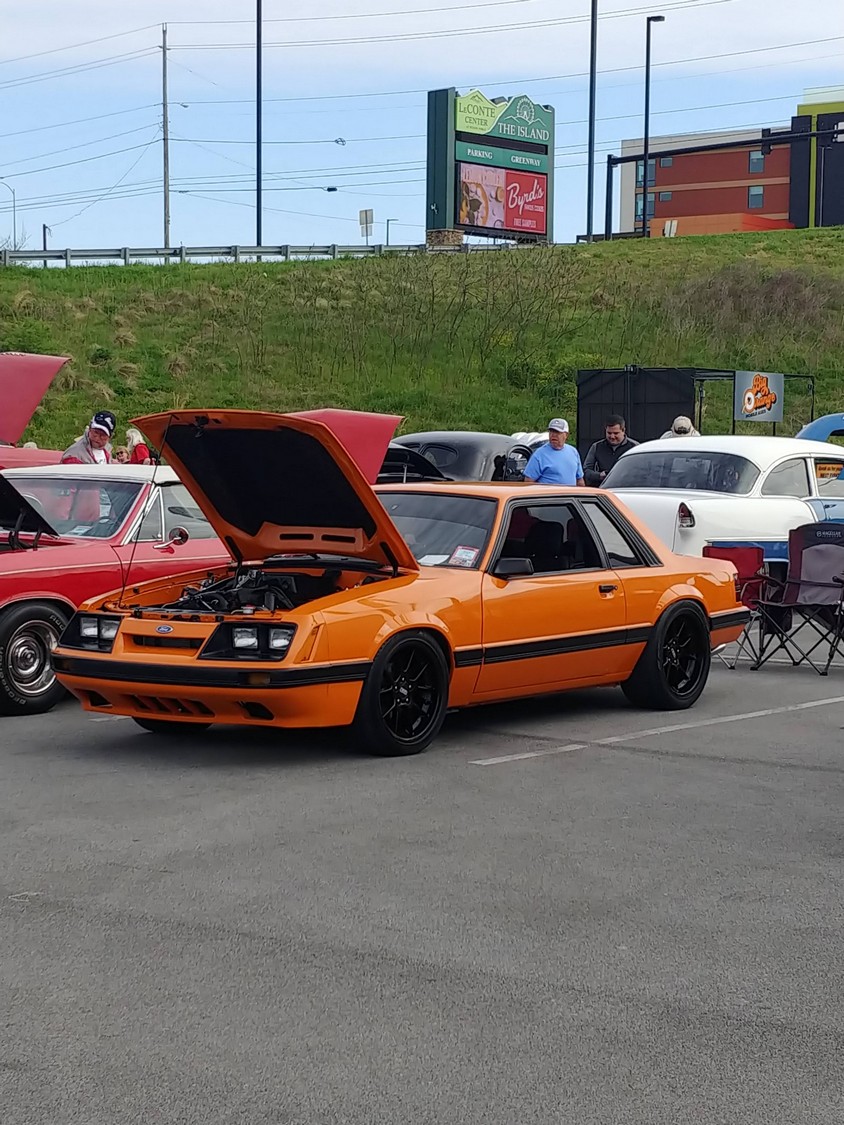 I want to introduce you to John Brooks' 1987 Mustang 'Dale". Before I talked to John in detail, I had always heard of the car referred to as Dale, but the story behind the name is excellent.

The vehicle was named Dale in honor of Jason Sarratt's dad, Dale Sarratt. Unfortunately, Dale was diagnosed with terminal cancer around the first of August 2020. Shortly after his diagnosis Dale Sarratt passed away and John asked for permission to name the Mustang after him. With the popularity of the orange Mustang, when his son Jason asks other foxbody owners do they know Dale,most of them do and that makes him feel pretty good. This Mustang started its second life as a $300 shell with no title. After owning the car for a few months, John noticed a name on the windshield in some pictures he had taken of the Mustang and looked them up on Facebook. Luckily they still had the title andJohn was able to secure it and get the project going full force.

When John started the build, his goal was to have Dale hear it run because he had purchased the motor from him, but sadly that didn't happen, and another reason the car's name is special.

I remember the first time I saw Dale & the beautiful Tangier Orange paint and BBS wheels draw you in. But once you start looking the car over, you notice the seats are from a newer S550 Mustang. From talking to John, this was not a simple drop-in and required a lot of fabrication. However, as a four-eyed fan, I love that John converted this car over to the older style front end,something I had thought about myself when I was hunting for a nice 82 GT.

Dale has been the star display car for Stifflers at events like Mustang Week, Foxtober & recently, the PRI tradeshow. So if you are at one of the large rMustang/Ford shows, look for Dale & say hello.