BY BILL HAMILTON PHOTOGRAPHY BY THE AUTHOR 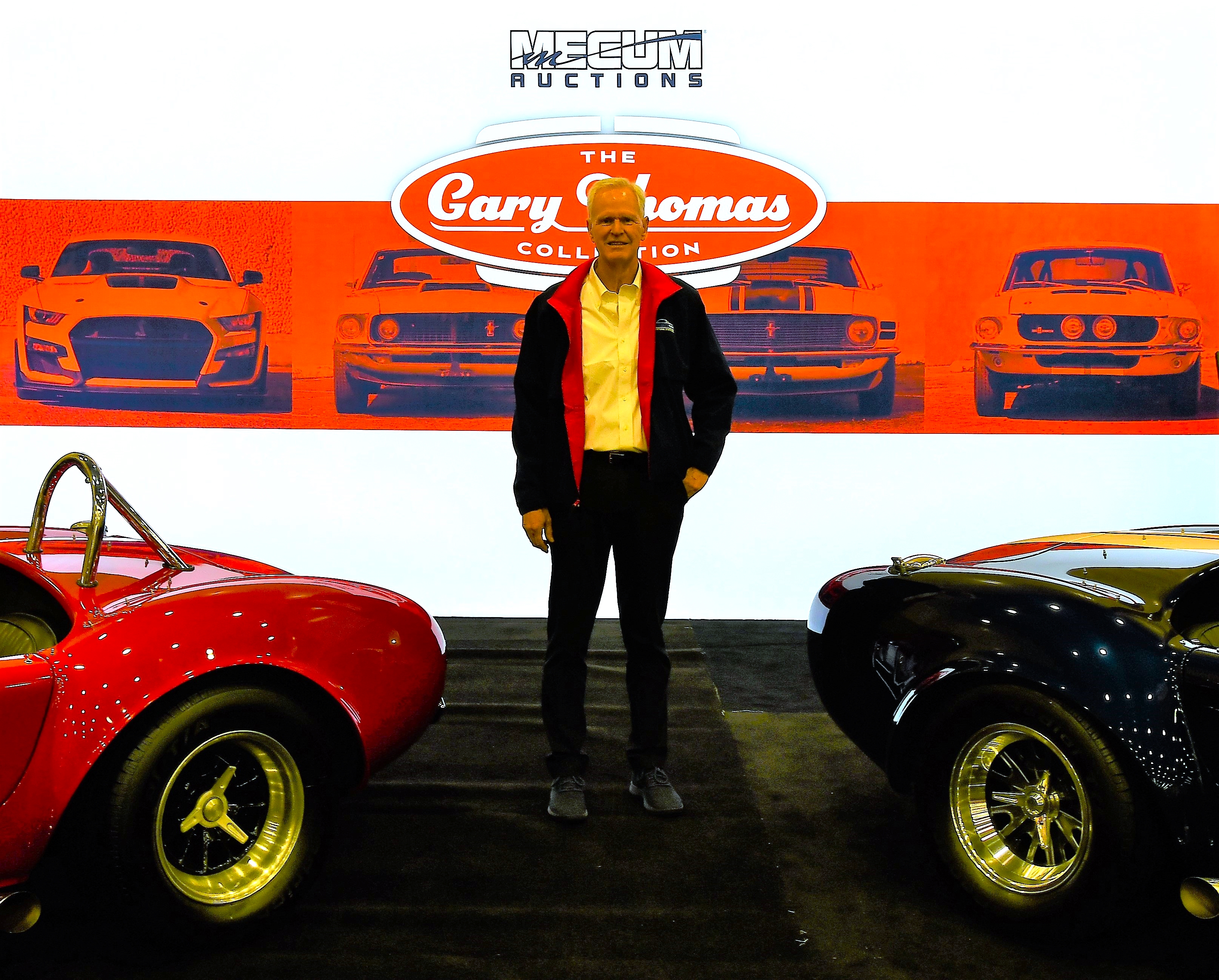 This year’s Mecum 2022 Auction was a record setting year in both total number of sales and the amount of money spent on the sales. There are usually individuals who are selling either all or a part of their personal collections. This year one of our favorite collections going across the blocks was that of the Gary Thomas.

Gary Thomas of Houston, Texas is a long tall soft-spoken Texan with a private collection of over 300 vehicles. This year he decided to test the waters and maybe thin down his herd just a little bit.  Gary's cars were beautiful.  He says classic rides should only be restored one time and he wants to be the one who does it.  Some might say his vehicles are over restored.  They lack the factory imperfections we accepted from the factory 50 plus years ago.  However, we prefer to say when he restores a car, it's basically blue-printed.  The paint is perfect, the seams are perfect and they have the wheels and options we would have wanted back in the day

He brought thirty-three of his Ford powered vehicles to the event. Inlooking over his collection, it’s not difficult to see that red is his favorite color as 27 of the cars he brought were red.  Twenty-four were Mustangs or Shelby’s. By the end of the day his small herd of 33 vehicles had brought in over $5.76 million dollars in sales

This 1965 Superformance Shelby Cobra Replica was featured in therecent movie, "Ford v Ferrari". It was powered by a Roush 427 CID/510 horsepower V-8.  The movie poster in the backgroundautographed by all the stars of the movie was included with the sale of thiscar.  The final bid was $209,000 with theproceeds going to one of Gary Thomas' favorite charities.

The 2022 Mecum Auction was the most successful Auction to date and Gary Thomas' beautiful collection of Mustangs, Shelby’s, and other Ford powered vehicles helped make it a banner year.