FORD's Mustang Mach-E Rewriting Mustang’s legacy, the question is, who is reading it?

Rewriting Mustang’s legacy, the question is, who is reading it?

By The Mustang Driver Staff 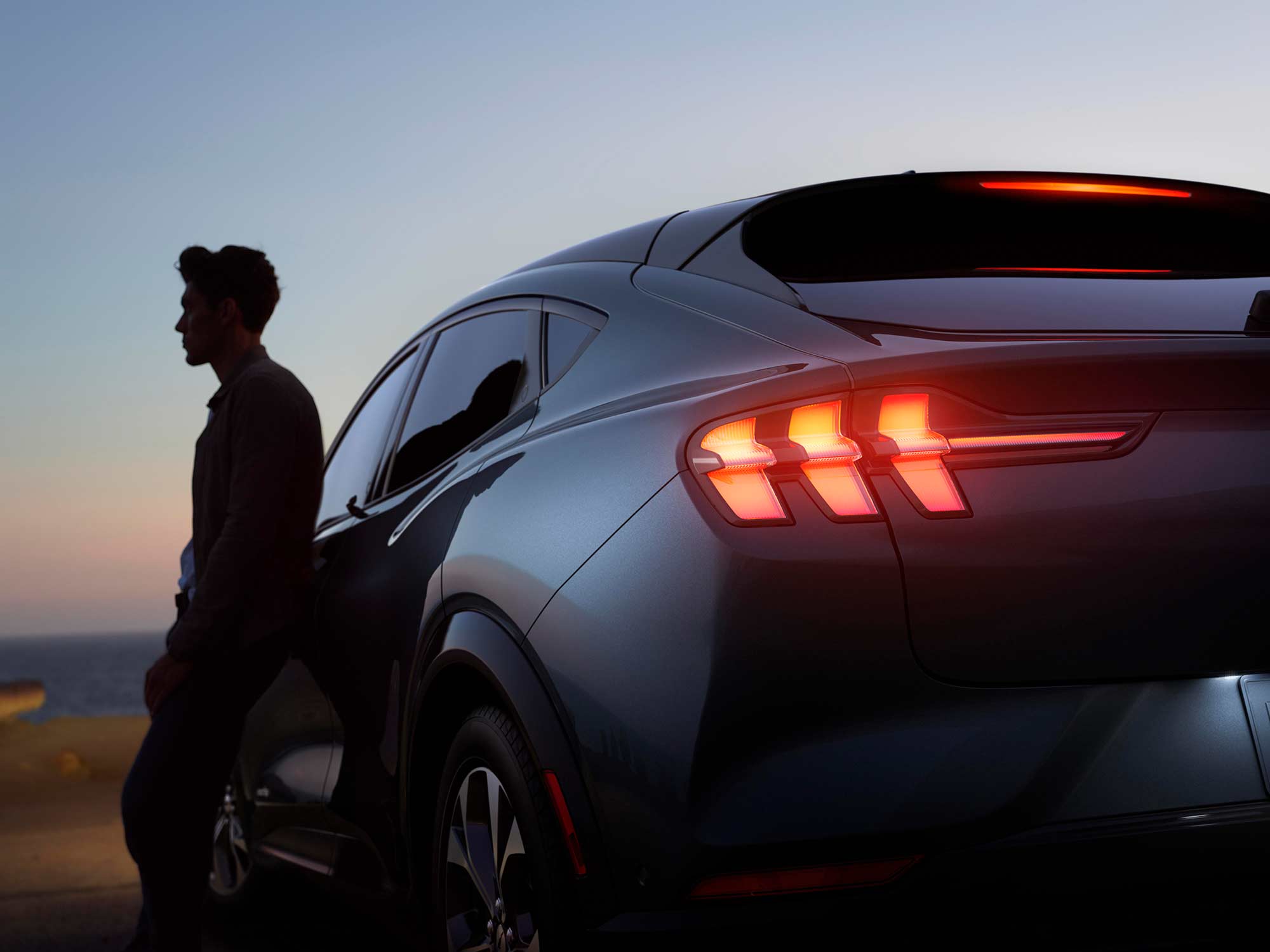 There is no doubting that Ford took a bold, new step when it slapped the galloping horse on the snout of its all-new, all-electric Mustang Mach-E. The internet went abuzz with both admirers and those who wouldn’t have ever imagined Mustang as an SUV. To say that the landscape is drastically changing would be an understatement, but is it a sign that the customers are changing as well?

It has been said, not since the baby-boomers began burning up fuel and rubber, have the OEMs been so concerned about the youth market when it comes to car design and styling. A quick look inside any new vehicle will clearly prove, “This isn’t your father’s Olds, Chrysler, Chevy or FORD!” Charging ports no longer resemble the pop-out cigarette-lighter power outlets, and today’s version also serves as USB-style data transfer points both to and from our connected devices. Touch screens have replaced the tactile feel of knobs and levers and voice commands take it one step further, superseding both forms of laborious control. Back in the day, securing a vehicle simply meant using the door lock. Today’s vehicles are becoming more prone to digital hackers and malware and the systems that bring us so much power, performance and economy must also have several layers of encryption to keep us, and our information safe.

It is in the midst of this changing tide that Ma Ford is seeking to lead, not follow the market, and the question arises, how far ahead can you go and still have followers? The all-electric Mustang Mach-E seeks to find the answer to that question.

Something Old, Something New?

Progress is inevitable, especially when it comes to cars. Many folks are already looking forward to full-on electric cars while others are tolerant of the idea but uninterested. Hitting this issue head-on, Ford created their own Team Edison, a company within a company focusing on electrifying tomorrow’s mobility. Ford even introduced its new all-electric Mustang at this year’s SEMA event in Las Vegas. Check out our news section for more information on that modern, yet more conventional Mustang.

By far, the largest rumblings amid the Mustang faithful has been Ford’s placing the Mustang moniker on a four-door, all-electric prototype. There is even a petition  to separate the steed’s namesake from the electrified SUV. Conversely, Ford has recently released a video explaining how the technology was birthed, and how the Mustang heritage and legacy shaped and dictated what the car was to become.

Being the ONLY vehicle model in constant production with well over half a century of history, Ford was well aware of the formula that has kept them out in front of the pony wars. When Mustang was first introduced, it was an instant success, setting records that still hold to this day. As Mustang’s designers and engineers created each new generation of the pony car, they would infuse the car’s production numbers with a boost over the outgoing model.

While each new iteration would still enjoy six-figure production for a year or two, sales would repeatedly, over time, reach below 100,000 units. At that point, the car manufacturer (and those tasked with moving the metal) have some serious questions to answer. When it comes to selling future generations of buyers and what part electrification will play in the market, all manufacturers are asking the same questions and hoping for better answers than their competitors.

The all-electric SUV started out directly addressing tomorrow’s buyers and environmental concerns, but the car’s functionality had no form, no soul to connect with its owners. On the other side of the coin, Mustang enjoys a passionate group of enthusiasts and has matured into a high-performing car in its own right. Ford’s marketing group was tasked with twining these two entities together, successfully infusing the Mustang fun into the four-door, while also ensuring future generations of Mustangs in a broad, and changing market. Three versions of the Mach-E are planned, the First Edition (of which, all reservations are currently sold out), a Premium Edition, and a GT, for those who still enjoy a horse that can gallop.

Just as the interiors of today’s cars have become comfortable to those accustomed to connectivity, Ford is betting that the styling and engineering of the new Mach-E will also find endearment with a customer base that doesn’t remember ever using a CD and thinks that a supercharger regenerates their cell phone in record time. They are NOT us.

What Do They Want?

Many folks oversimplify the answer by simply assuming that electric cars are the goal of tomorrow’s buyers. I don’t think they really care what powers their car. They’re more interested in the benefits of each form of propulsion. For them and their devices, having the entire car speak the same language just makes sense. The fact that it isn’t noisy and they don’t have to fuss with pesky shifters simply adds more nails to the internal combustion engine’s coffin. Their world comes to them through a screen, and the Mach-E’s designers made sure they had one in their vehicle. A BIG one!

Communicating with their car in much the same way they communicate with each other means more to them than horsepower and torque numbers, or the sound of a sweet dual exhaust. They’ll enjoy the performance, and Ford was wise to ensure that the Mach-E met certain performance criteria. But, as those who know how to tune a carburetor fade into the dark night, connectivity will likely overrule corner-carving for the masses.

Another thing this new generation of buyer wants is something we’ve all wanted for thousands of years— babies! The most important component of future buyers is having buyers in the future! That said, they’ve got to haul all the accompanying stuff for said babies, such as strollers, diapers, and whatnot. Today’s Mustangs’ hauling capacity is measured in miles-per-hour, not by the square foot.

While Ford is touting 0-60 times for their new SUV, that likely speaks to the old guard more than it does to today’s Tweens, Teens, and Millennials. Ford even released a video of Ken Block, King of the Hoonigans, test driving the new Mach-E before its official reveal. Ken’s persistent asking to “hoon it” is quite entertaining, if not disturbing to those trying to politely reel him in.

Some feel that Ford “sold out” to those who have been faithful to the brand for so long. Ford assures them they have not, but are simply looking ahead to not only wrap themselves around the purse strings of tomorrow’s buyers but also adapt to the increasingly, ever-changing market. If you were to ask the parents of those who were buying up all the big-blocks and multi-carb’d monsters back in the sixties, what they thought about those new cars, they’d likely feel as disconnected as Dana Carvey’s Church Lady in the middle of Comic-Con.

Looking back, many of us revere that time as the golden age of hot-rodding. Many of those belching behemoths have become prized items of our youth. We have yet to see how far-reaching concepts such as the Mach-E will play into the automotive landscape, but just like when engineers and designers first tried to convince the higher-ups that shoe-horning a big engine into a little car was a good idea, perhaps Ford’s team is onto something. Time will tell, and if the Mach-E has any say about it, we’ll have both a front- and a rear-seat to view it from.