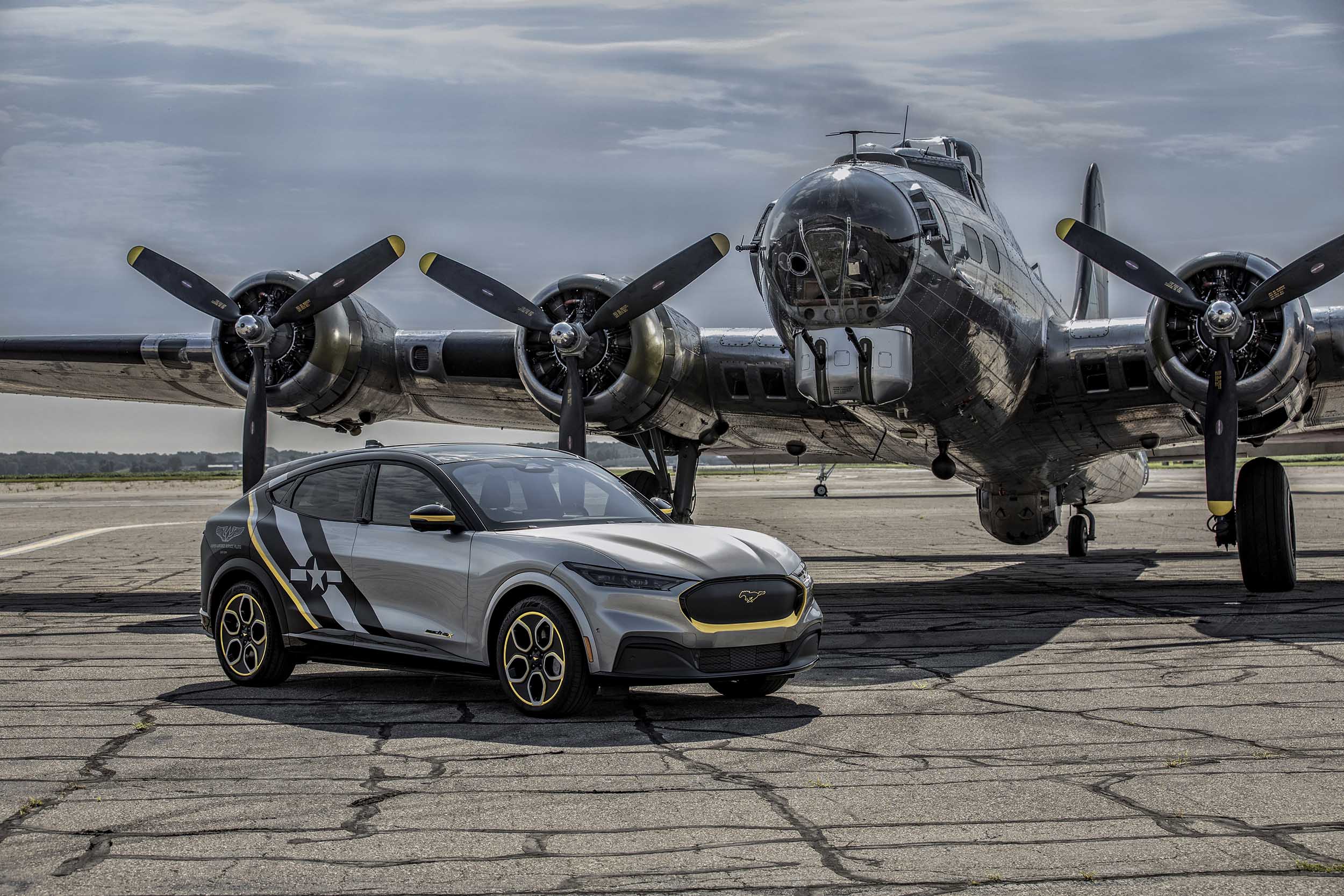 For more than a decade, Ford supported the Experimental Aircraft Association’s educational programs by donating customized vehicles for charity auctions. Those auctions take place during the Thursday evening program of the organization’s annual Air Venture event, dubbed The Gathering.

“Ford is helping build the next generation of aviation through their support of EAA, AirVenture and The Gathering,” said Jack J. Pelton, EAA CEO and Chairman of the Board. “This project was a highlight of The Gathering and its impact will help EAA reach young adults who are pursuing their own dreams of flight.”

In a break from tradition, this year’s example was not a gas-burning, high-performance machine. Instead, Ford designed a custom version of the 2021 Mustang Mach-E, intended to honor the Women Airforce Service Pilots who transported war planes to U.S. Army bases across the globe. These brave women flew more than 60 million miles during World War II, but were not recognized as active military until 1977.

“It was hard not to get a little teary-eyed as we put the finishing touches on this vehicle,” said Kristen Keenan, Ford designer who worked on the project. “I have never worked on a memorial project before. Commemorating this group of women through the vehicle design was an honor.”

The Gathering raised a total of $1.7 million over the course of the night. One of the features of the evening is always the customized Ford offering, which sold for $180,000. As another connection to the history of these brave women, this WASP-themed Mach-E also came with a recorded message from 100-year-old WASP Nell Bright.