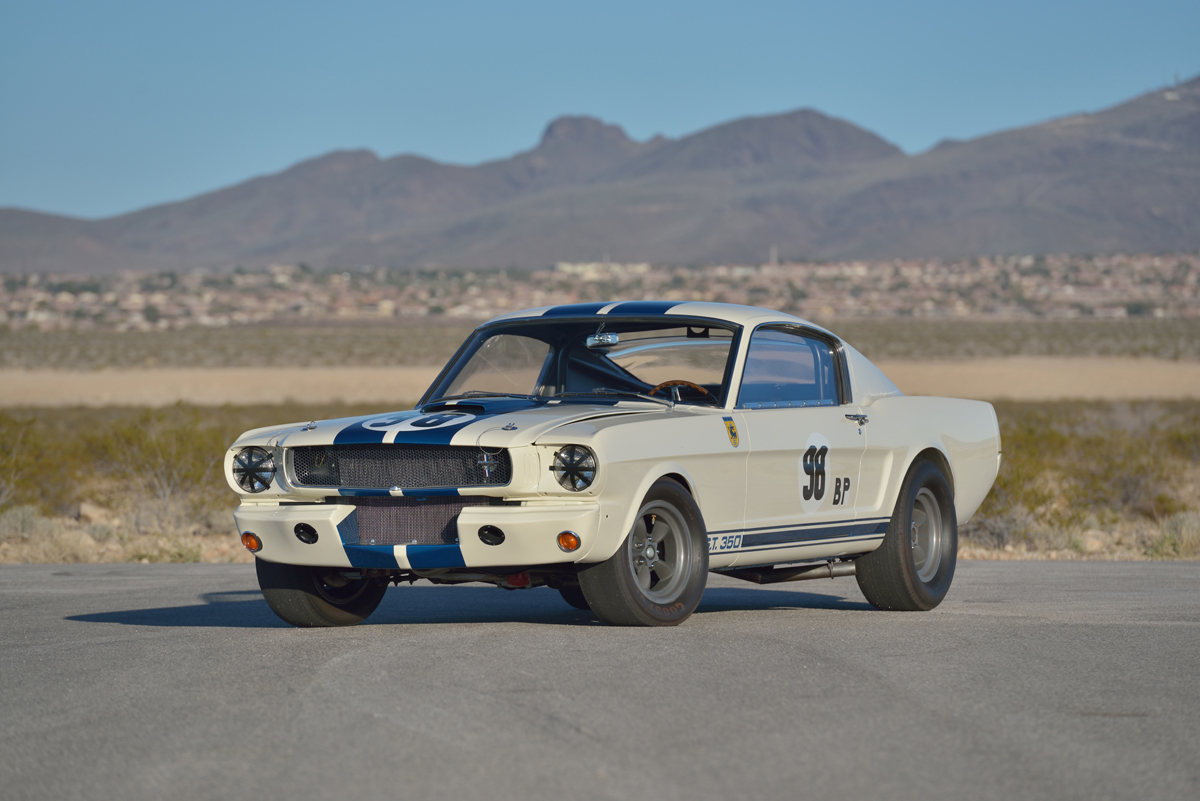 For viewers of Ford v Ferrari, it was hard not to get swept up in the story of Shelby driver Ken Miles. He was integral to the development and racing success of the early Shelby Mustangs, including the GT350R prototype, carrying serial number 5R002. With Miles behind the wheel, it earned the name the Flying Mustang, thanks to its gravity-defying antics during a Valentine’s Day race in 1965 at Green Valley Raceway near Dallas, Texas.

When it was announced that this car would hit the Mecum Auctions block in Indianapolis on July 17, 2020 as part of the John Atzbach Collection, enthusiasts began to wonder. Could Miles’ Mustang outmuscle McQueen’s machine on the auction block? Could the first Shelby R-model sell for more than the original Bullitt’s $3.74 million sale at Mecum Kissimmee on January 10, 2020.

While it didn’t quite ‘fly’ past the Bullitt, the R-model prototype did edge that number and etch its name in the history books — at least for now.

“The 1965 Shelby GT350R Prototype sells for $3.85 million at Mecum Indy 2020 and claims title as the world’s most valuable Mustang in history,” said Mecum. “The final hammer price on the block reached $3.5 million resulting in a final sale price of $3.85 million including the buyer’s premium.”

Since it was just months ago the Bullitt set the standard, which the Miles Mustang quickly broke, is there another Mustang out there that can reset the record in the near future?