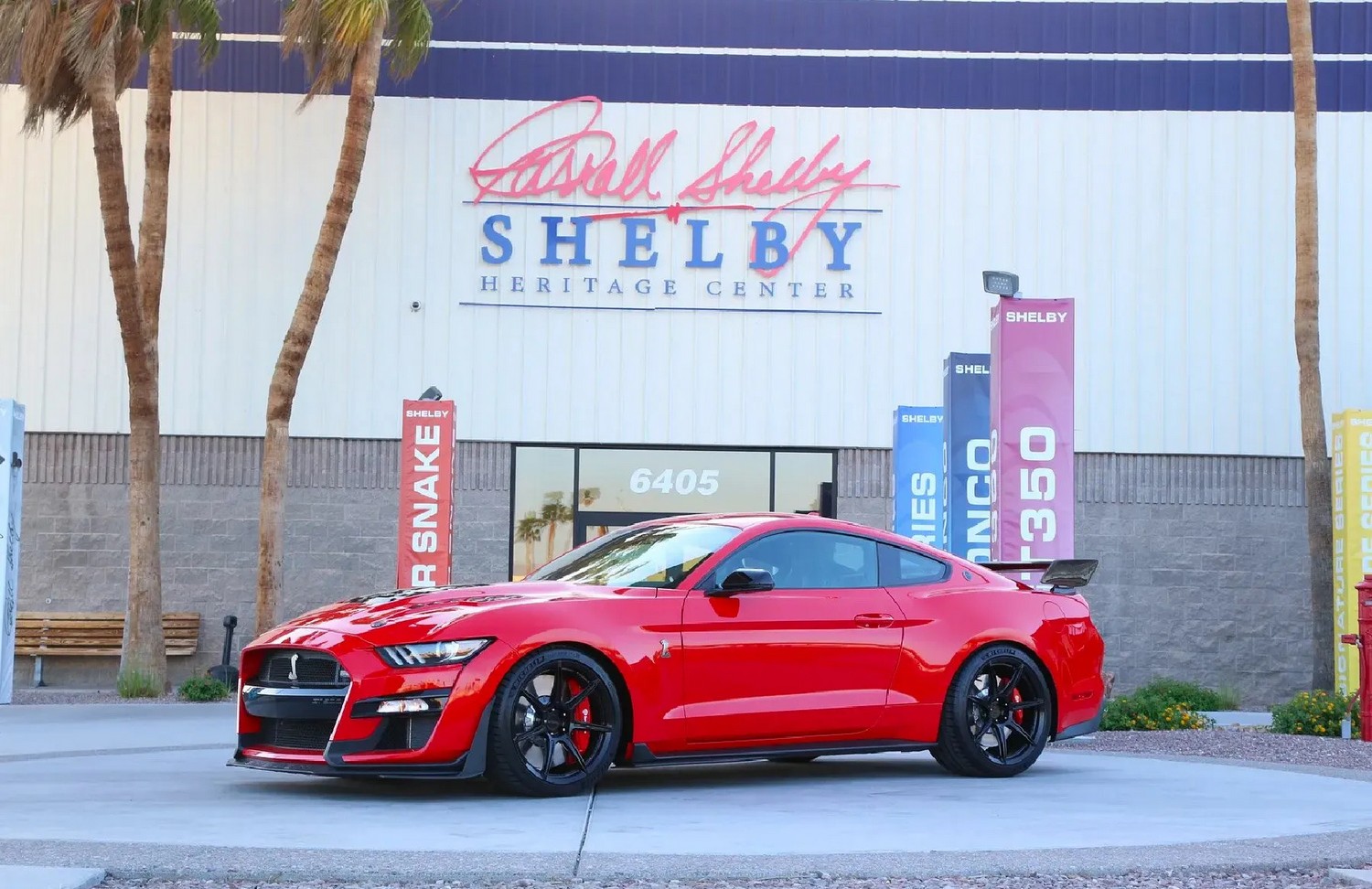 There are few more daunting feats in motorsports than competing in the Pikes Peak International Hill Climb. It mandates blasting through a 12.42-mile course that includes 156 turns and climbs 4,725 feet in elevation to the peak of 14,111 feet above sea level. Running flat out on this challenging course requires a machine that is up to the task, and experienced driver Robert Prilika is set to take on the challenge in a Shelby GT500SE.

“With a new pulley and coolers, the V8 can makeover 800 horsepower,” said Jason Anucinski, General Sales Manager of Pierre Ford. “Shelby American lowers the car with more track-focused springs that match a new aggressive suspension tune. Then they slice 30 pounds off the top of thecar with the ultra-light dry carbon fiber hood, which is also much stronger and lighter. Competing at Pikes Peak with this amazing car demonstrates our commitment to the serious enthusiast.”

Plenty of all-out race cars climb to the peak,so putting a street-friendly Shelby on the course requires a pilot with skill and experience. It doesn’t hurt that just such a driver happens to be a Shelby dealer.

“Carroll Shelby established Shelby American in 1962 after retiring as a Le Mans-winning driver, so the company was truly founded with a competitive spirit,” said Gary Patterson, president of Shelby American. “We’re honored that Shelby dealer Pierre Ford and Tuscany West Coast placed Robert Prilika, one of the most accomplished racers to race up the mountain, into a new Shelby GT500SE for the100th running of the Hill Climb. We encourage enthusiasts to join the Team Shelby Pikes Peak Adventure with our chief test driver Vince LaViolette and Executive Vice President Tracey Smith to cheer on the Pierre Ford/Tuscany West Coast Shelby.”

Impressively,Prilika experienced the stock Shelby GT500 in the same way as many potential buyers — as part of Ford’s series of Track Tour events. That gave him a baseline from which to compare the stock Shelby to the upgraded Signature Edition.

“Our team is excited to compete in a new Shelby GT500SE as we represent the Shelby American and Pierre Ford banners at the Pikes Peak International Hill Climb,”said Robert Prilika. “I was extremely impressed when I drove a stock Shelby GT500 during Ford’s North American Track Tour in Sonoma. Based on my raceexperience and given the enhancements that Shelby American makes to the car with their Signature Edition package, I’m confident that we should do very well at the Hill Climb this year.”

“As a former NASCAR West driver, I was very impressed with Robert’s racing record,” Vince LaViolette, Shelby American Vice President of Operations, Chief Test Driver, and Chief Designer, added. “His career includes competing and winning in a remarkable array of classes while contributing substantiallyto the careers of many fellow competitors and race teams. As a former class champion at Pikes Peak, Robert is the perfect driver for the Pierre Ford Shelby GT500SE.”