A glimpse of Mustang Mach-E 1400 development 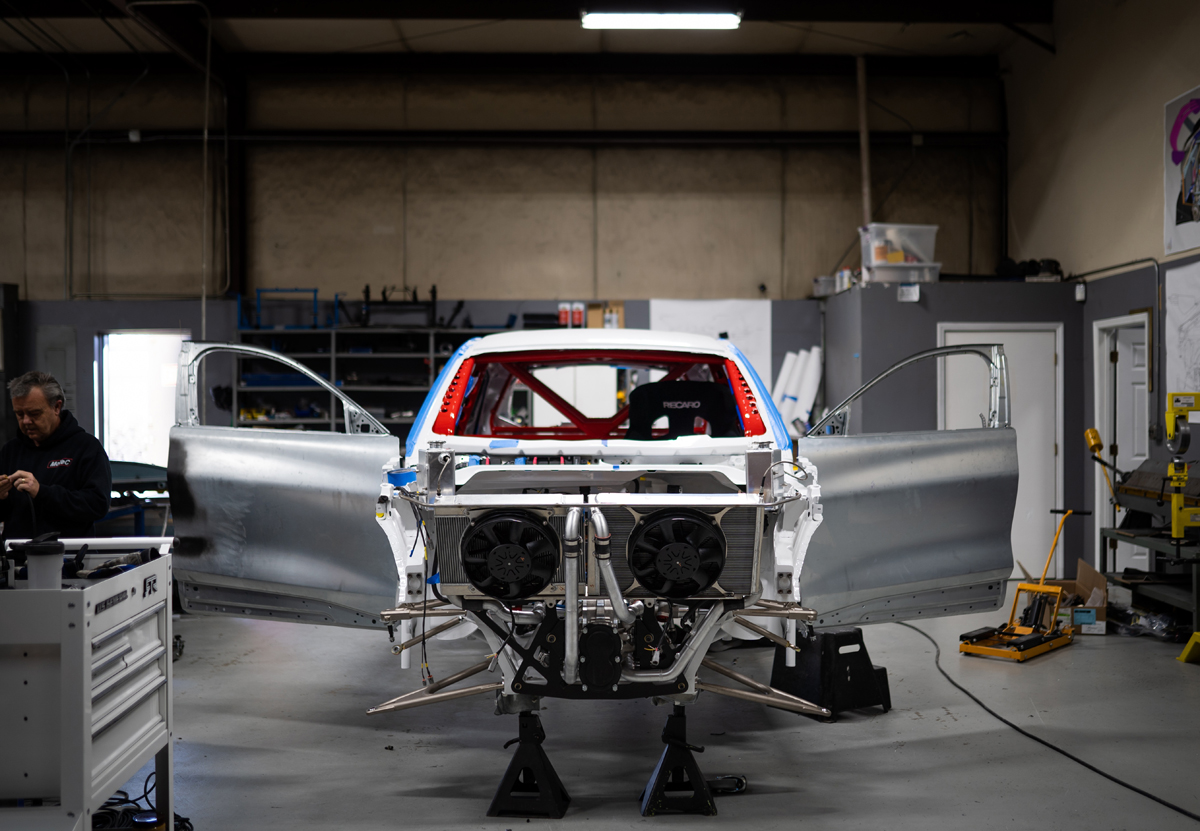 By now you are well aware of Ford Performance’s groundbreaking Mustang Mach-E 1400 prototype. Designed to go straight, carve corners, and get sideways in a hurry with a few passengers in tow, this all-electric performer had an even more important mission — making electrified performance cool. To help make that happen, the Blue Oval’s hot-rodding division partnered with Vaughn Gittin Jr.’s RTR Vehicles.

“I’ve followed the progress of electric vehicles for a few years now and I knew it was time for my RTR Vehicles’ team and I to develop something special with Ford,” Vaughn enthused. “With the game-changing Mustang Mach-E coming to market, I dreamed of a fun project that could be used to showcase the potential of electric vehicles to the masses. Fortunately, for us, Ford Performance had a similar vision and we teamed up to create an electric Swiss Army Knife in the form of the all-electric Mustang Mach-E 1400 and I think we’ve succeeded in a really fun and unique way!”

As a result of this process, the RTR Vehicles lab and Ford Performance birthed a seven-motor machine cranking out 1,400-horsepower and applying it to the pavement with a whopping 2,300 pounds of downforce. Now the Fun-Haver and his team offer a look behind the curtain that shrouded this special machine’s development and testing.

“It’s hard to imagine a better outcome than what we achieved with the Mustang Mach-E 1400,” Vaughn added. “When I initially dreamed it up, it was a long-shot, and I knew it would be a journey. But with a positive mindset, incredible talent and drive from Ford Performance and the RTR Vehicles teams, what we’ve developed is something that I cannot wait for more people to experience and I am beyond ecstatic of the initial response to the project!”

For a full behind-the-scenes look at the development of this fantastic four-door, check out the video documentary above.