A surprise ride in a European Mach-E taxi offers a glimpse of the future. 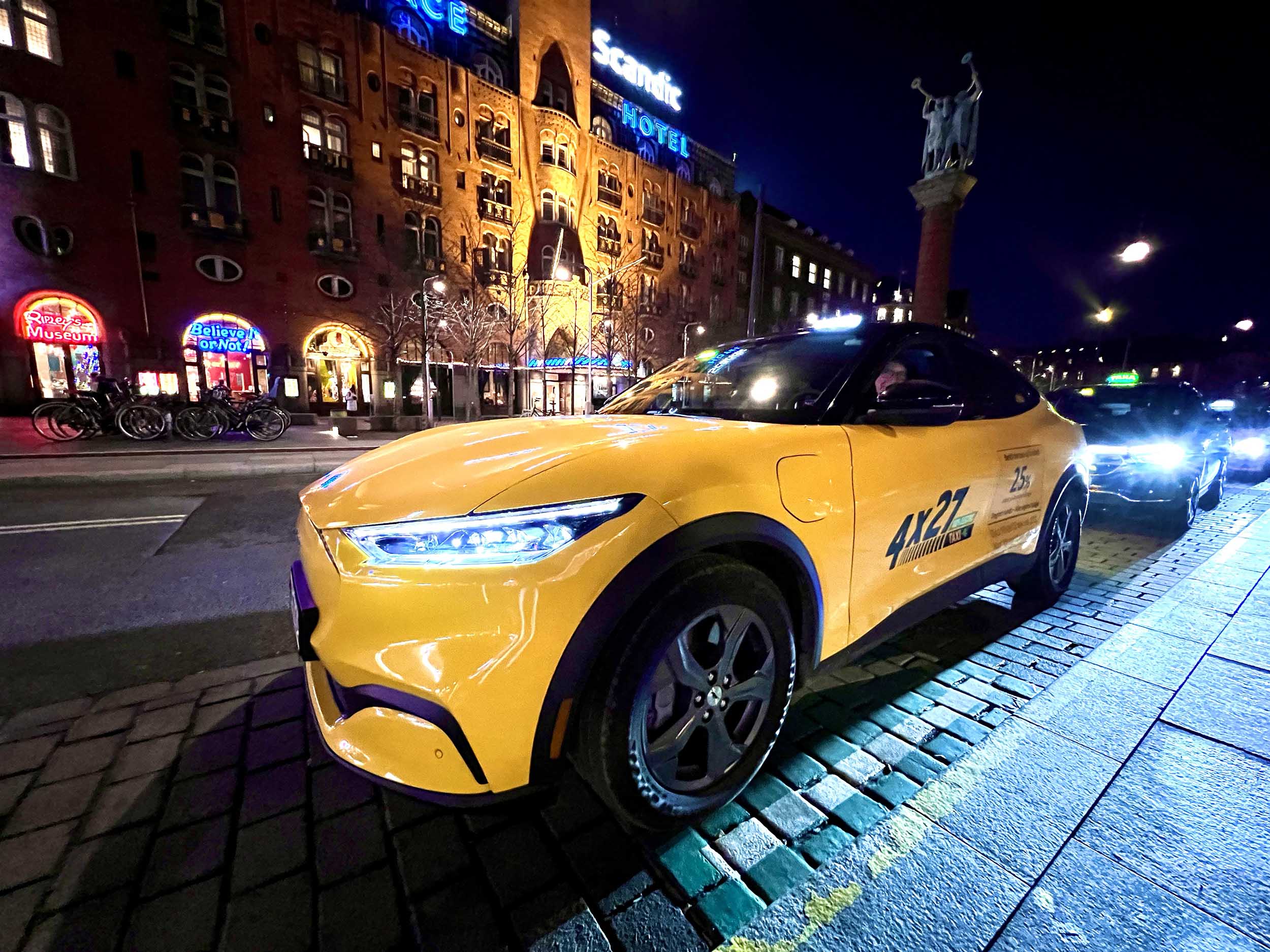 When the Mustang Mach-E debuted, it was not without controversy because Ford made a double pivot to an all-electric vehicle carrying the Mustang branding. Since its reveal back in 2019, the electric pony has become quite a success, with Ford increasing production capacity and the car popping up in unexpected places.

For example, the Mach-E is not only becoming a taxi in New York City, but the Mach-E GT is joining the police fleet there. Once these things are announced, they make a lot of sense, but they weren’t part of the initial expectation of the first electric Mustang.

When it comes to a Mustang Mach-E taxi, your scribe was fortunate to get an early preview during a quick European getaway. In some places, ride-sharing is limited and taxis are still the move. That is the case in Copenhagen, Denmark, where I was lucky enough to score a ride in the only Mustang Mach-E in the 4x27 taxi fleet.

After some sightseeing, it was time to head back to the hotel. After walking toward a row of nearby taxi cabs, it appeared like a vision. ‘Is that a Mustang Mach-E taxi?’ I asked myself. Sure enough, it was. Talk about a competitive advantage. I didn’t even consider riding in another cab. I had to ride in the Mustang.

As it turned out, the cab driver was quite pleased with his steed. He said that he preferred it to a Tesla and that its price was more affordable. I asked him a few questions during our ride, and he answered enthusiastically. His model was a rear-wheel-drive Select with the extended-range battery, which typically might only need charging once a day for its people-moving duty.