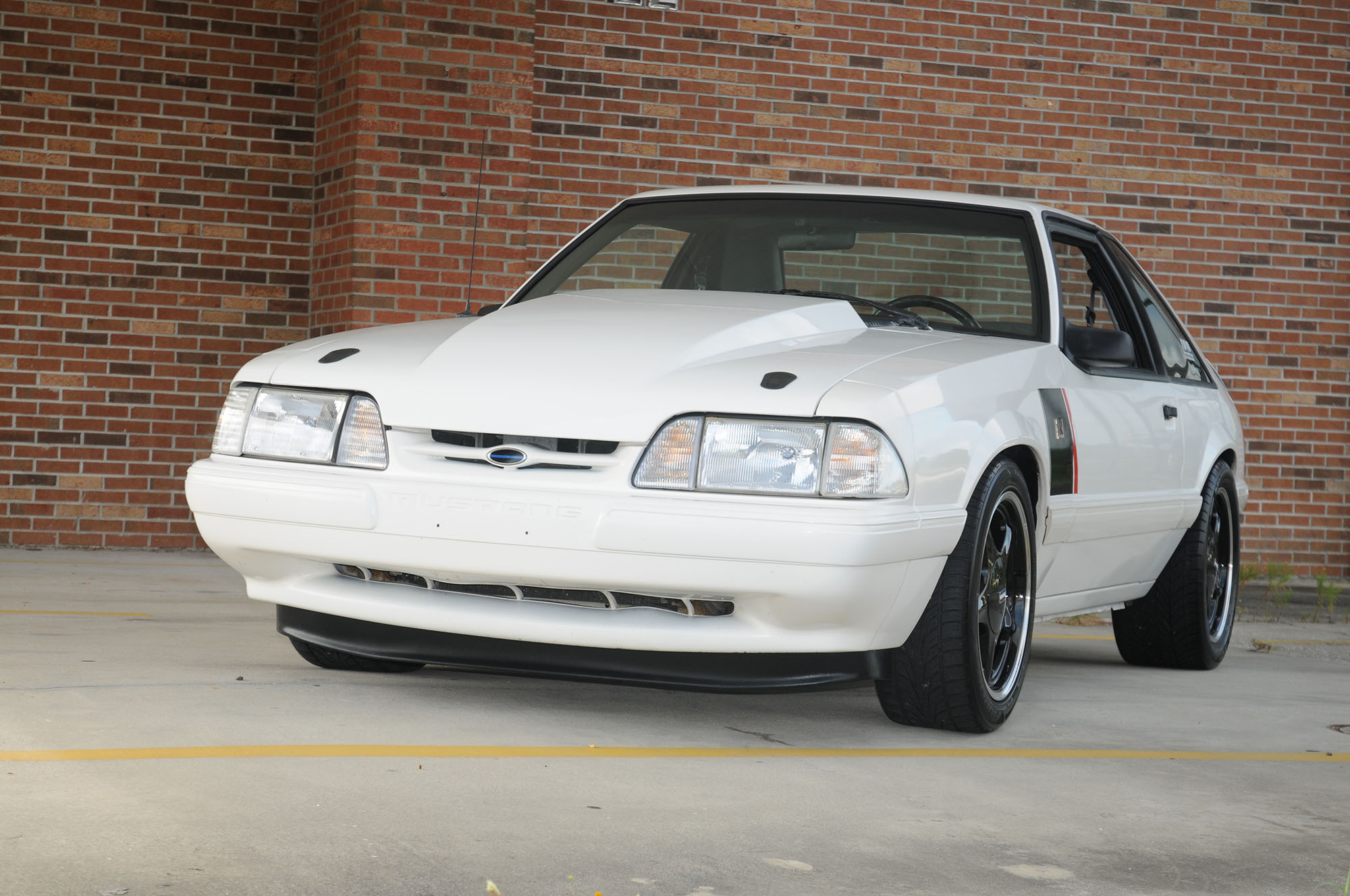 One of the Mustang’s dirty little secrets is that, in the late 1980s, Ford got the bright idea to turn the Mustang into a front-wheel-drive econo-box based on a Mazda platform and powered by a Mazda engine. The model-year debut for this new Mustang was, coincidentally, the Mustangs 25th birthday,1989. Thank longtime Mustang fans and a guy named Donald Farr for keeping the Mustang alive. They mounted a letter-writing campaign that convinced Ford to leave the Mustang alone. That Mazda Mustang, which became the Ford Probe, didn’t last ten years. So much for that bright idea.

All that energy in keeping the Mustang alive and on a rear-wheel-drive chassis with a V-8 under the hood inspired Jack Roush and Ford to brainstorm and develop a 25th Anniversary Mustang powered by a 351 Windsor making 400 horsepower. While the Probe made it to the showroom floor, the Roush package never made it past the bean counters. Ford “splurged” on the 25th Anniversary Mustang by placing a tiny running horse emblem to the passenger side of the dash. Later, in 1995, Roush Performance finally introduced its own Mustang; the prototype had a unique intake manifold that drew air from a cowl induction hood.

The Roush-inspired Fox pays tribute to what could have been the first Roush Mustang with a paint scheme that mimics the Roush stripe behind the front wheels and, in the place of the “5.0” emblem, genuine Roush fender badges.

The last year of Fox Mustang production was 1993 and this is where Jamie Marsh’s Mustang story begins. That year when he and his best friend, Isaac Rushing, graduated from high school, Isaac was given a Mustang as a present from his parents. Jamie went along to the dealership with his friend to pick up the new Mustang. Years later, in 2008, Jamie bought the Mustang from his friend, then sold it back in 2010. Finally, in 2013, it landed in Jamie’s garage for good.
‍

Remember that cowl-induction Roush intake we told you about? Roush produced and sold 100 or so of the intakes and even numbered them. Jamie heard that one of those rare pieces was for sale and decided that his Fox would be good place to show it off. From there, he got the idea of building the car that could have been—a Roush Fox Mustang.
‍

The Roush-inspired Fox pays tribute to what could have been the first Roush Mustang with a paint scheme that mimics the Roush stripe behind the front wheels and, in the place of the “5.0” emblem, genuine Roush fender badges. Under the rare cowl-induction intake is another part that came from the still-born 25th Anniversary package—GT40 cylinder heads. The hard-to-miss both visually and audibly Vortech SQ supercharger along with 42-pound injectors and a BBK 65mm throttle body help put 419 horsepower and 401 lb. ft. of torque to the tires. Long-tube Mac headers and X-pipe connect to a set of Gibson BMF mufflers.

Jamie wants to thank his best friend and Snowflakes’ original purchaser Isaac Rushing, Billy White, and Rick White for working wrenches, East Coast Mustang’s Mustang Mike for sourcing the hard-to-find parts, Kannapolis Engine Service for work on the heads, and Rob at Powercurve Motorsports for an excellent tune.  Jamie also appreciates the support and friendship of Southeastern Foxbodies and the Roush community for welcoming him and his tribute Roush.