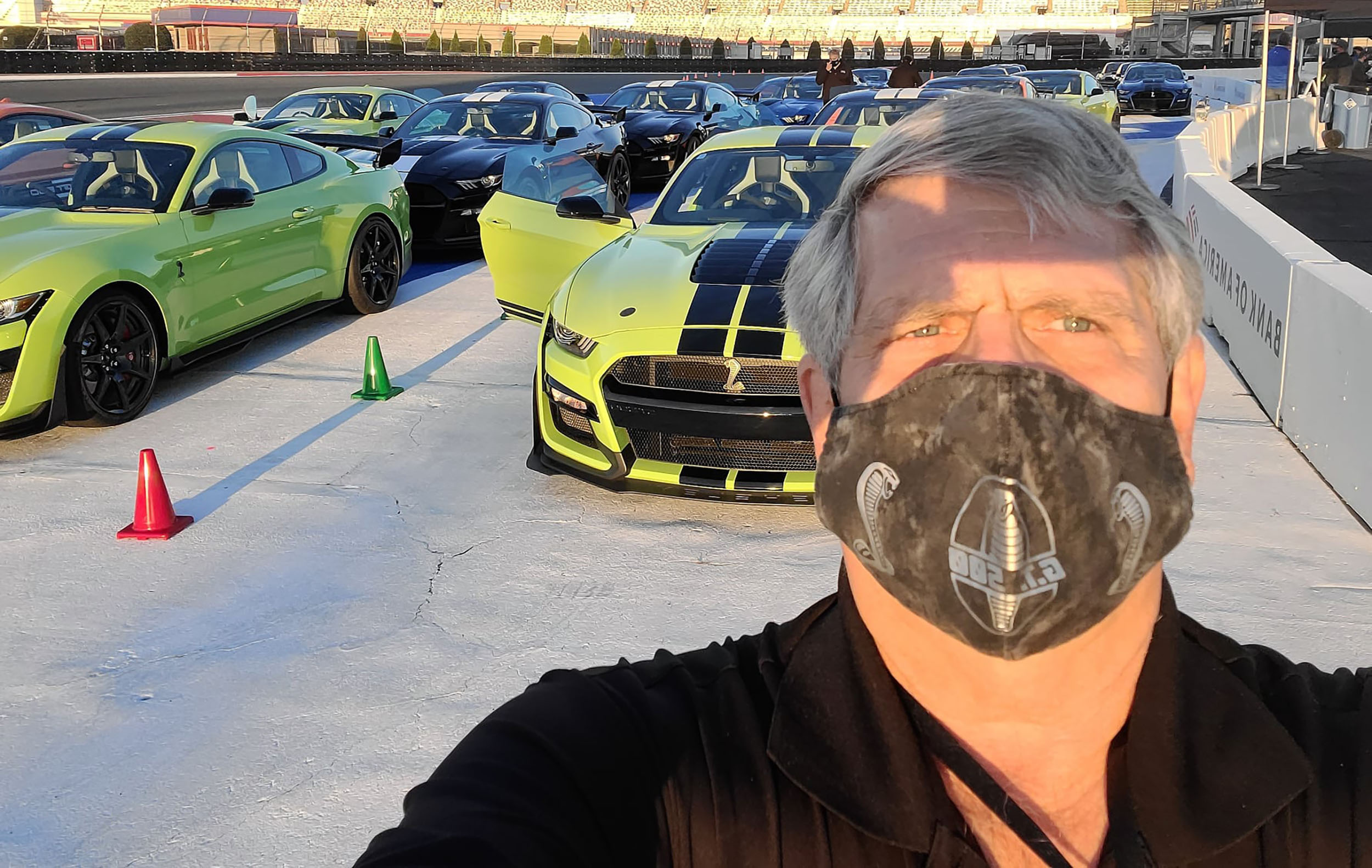 I’ve owned several of the later-model Shelby GT500’s and each was better than the previous.

I finally accomplished my dream about 40 years later with a 2011 Shelby GT500. Man, was it fast! A pulley and tune just made it even faster. I was perfectly content to own it the rest of my life, my Shelby GT500 ownership dream had been realized.

When the 2014’s were announced as the final the year for GT500, I remembered back to 1970 and missing out then. I decided to sell my 2011 (it’s now in New Zealand) and purchased a new 2014 GT500. The 2014 from day one felt it would run off and hide from my modded 2011. It was truly a quantum leap in performance and is still stock. On a trip to the Shelby American factory in Las Vegas later that year, then Shelby American V.P., Gary Patterson told me something I took to heart. He said Ford might build another GT500 one day, but there will never be another big-block Shelby GT500.

Early in 2020 before the COVID-19 shutdowns took full effect, I had received an invitation from Ford to attend the Shelby GT500 North American Track Tour at the Charlotte Motor Speedway in Concord, North Carolina. As we all suffered through the cancelled shows and events through the spring and early summer, this event was put on hold also. Finally, I received an email saying it was back on, but with strict COVID-19 protocols in place in late-October.

I wanted to see if the new 2020 Shelby GT500 was as good as the hype we keep reading and hearing. It is, hands down, no doubt. We first rode two laps with an instructor who really let it all hang out as we were within inches of the top wall at close to 150 mph. Then they let us experience it for ourselves. We were in a formation of five cars with an instructor leading the way and our pod of four in trail. We did five laps on the “roval”, which let you experience the tight road course and the big high-speed oval.

It was amazing. The way it handled made me wish I was wearing a G-Suit from my old Air Force flying days. I was actually doing the “grunt” breathing and stomach tightening I learned years ago while pulling G’s in the corners. The vehicle stops on a dime and gives you nine and a half cents change. They held our speed back slightly at around 130 mph on the shorter road course. But still, it was exhilarating and an adrenalin rush.

Then we took a short trip to the zMax quarter-mile drag strip across the street. Only this time was a ride along in the passenger’s seat. The new Shelby GT500 accelerated like a minimum fueled, catapulted, zero external storage F-18 from an aircraft carrier. With a bad launch and passenger, we ran an 11.2 at 133 mph in the quarter mile. I almost felt the need to check my eyeballs for broken blood vessels from the acceleration. It was epic and breathtaking. This is a 10-second street car any day of the week.

Ford does a fantastic job with the Track Attack/Track Tours. I have heard nothing but praise from my friends with Boss 302’s and Shelby GT350’s from the events they attended. This was my first and I feel the same way. Ford truly puts on a First-Class Event with a 5-Star rating.

My two previous GT500’s were bought new, straight off the dealership showrooms. My first drive in each was leaving the dealerships. They each still had the “lot tune” till I reached the 5-mile mark. I learned the capabilities of each vehicle through driving it on the street, little by little. I still have never reached 100%. The GT500 North American Track Tour experience shows the new owner what the vehicle is capable of and gives them a chance to experience it without committing a felony. I loved it.

Thank you, Ford, for allowing me to have the initial experience! And, it is making me think harder about which of my present three Mustangs may have to go to make room for a new GT500 in my 3-car garage. I still love my “Last of the Big-block” 2014 Shelby GT500, but if you want the latest and greatest Mustang/Shelby ever built, there is no better time than the present.