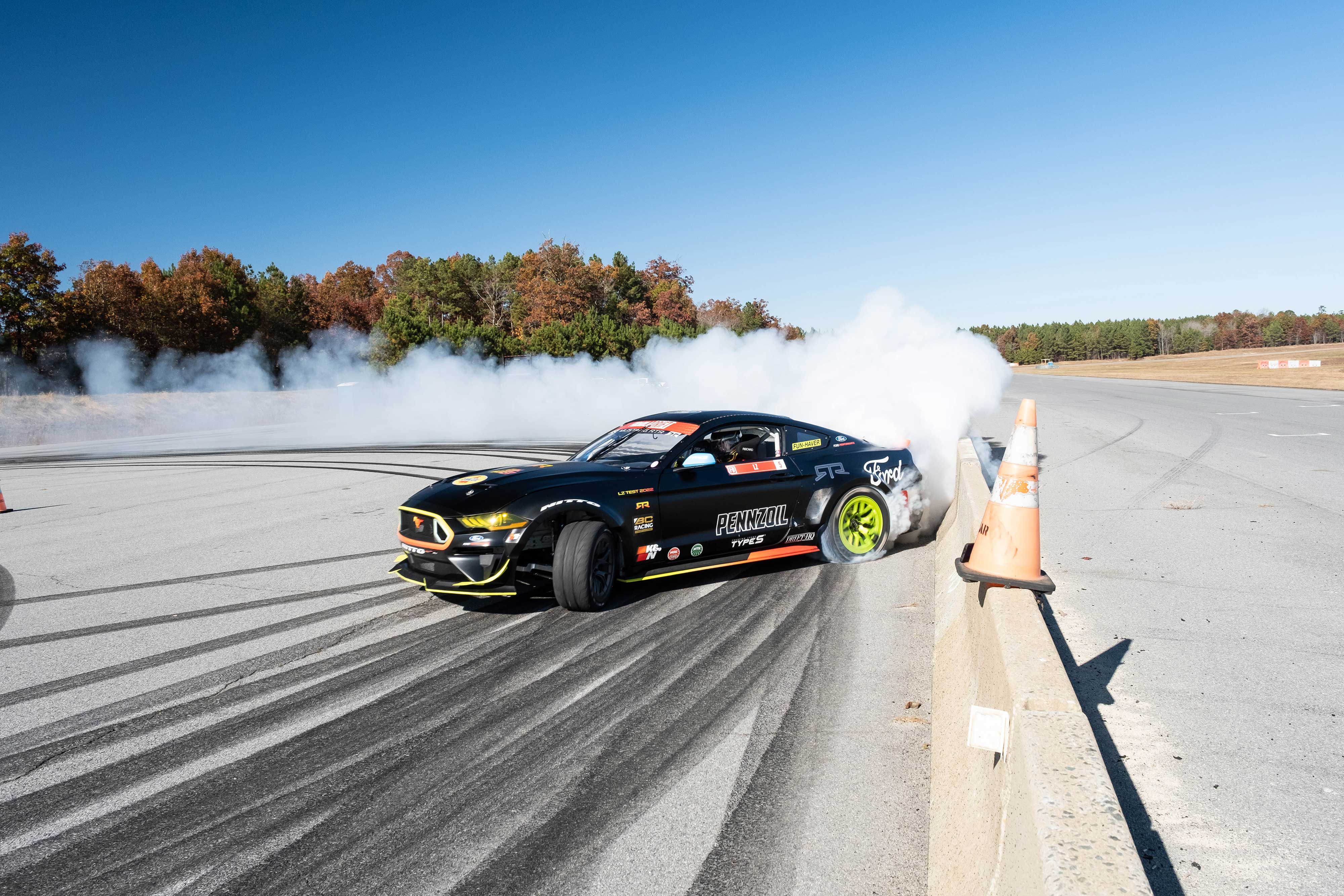 While many were taken aback that Vaughn Gittin Jr. opted to take a break from Formula Drift competition, it’s a move he planned to make for a while.

Part of his plan, however, is to remain the team owner with two drivers slaying tires under the RTR banner. Chelsea Denofa, who already has a championship under his belt, will become the lead driver. The question of who would join him initially remained a mystery.

The team revealed a fellow pro drifter with a strong social media following of his own would take over the driving duties in Vaughn’s championship-winning, 1,200 horsepower Ford Mustang RTR Spec 5D. That driver is Adam LZ, who worked his way up from a BMX YouTuber to a full-fledged Formula Drift driver in his mid-20s.

“I saw Adam’s talent behind the wheel very early on,” Vaughn said. “That talent mixed with his big dreams and passion for drifting and automotive Fun-Having makes him a perfect fit for our team. I am pumped to have the opportunity to bring on another awesome human and talent to the RTR family. I look forward to helping Adam achieve his goals and most importantly having fun together while we do it!”

Adam is stoked, calling it the opportunity of a lifetime to join this storied organization to pilot a 1,200-horsepower Mustang.

“I’m beyond excited to drive with, what I consider to be, the highest-level drift team on the planet!” Adam said. He continued, “It’s an honor to be teammates with Chelsea [DeNofa]—a friend of mine that I’ve looked up to since I started drifting. With his knowledge and ability, Vaughn’s vision, and the best cars on the planet, we’ll be a force to be reckoned with.”

To earn more championships for the RTR team, he and Denofa will present a formidable pairing on the Formula Drift circuit.

“I’m excited to continue helping RTR build and maintain what I believe to be the strongest FD team to date,” Chelsea said. “It’s unreal what this awesome group of Fun-Havers can achieve. Adam has already met and exceeded our expectations on track, and I can’t wait to help dial him in at each round this year.”

You can catch this dynamic new duo in action at the Formula Drift season opener at the Streets of Long Beach in Long Beach, California, on April 1-2, 2022.