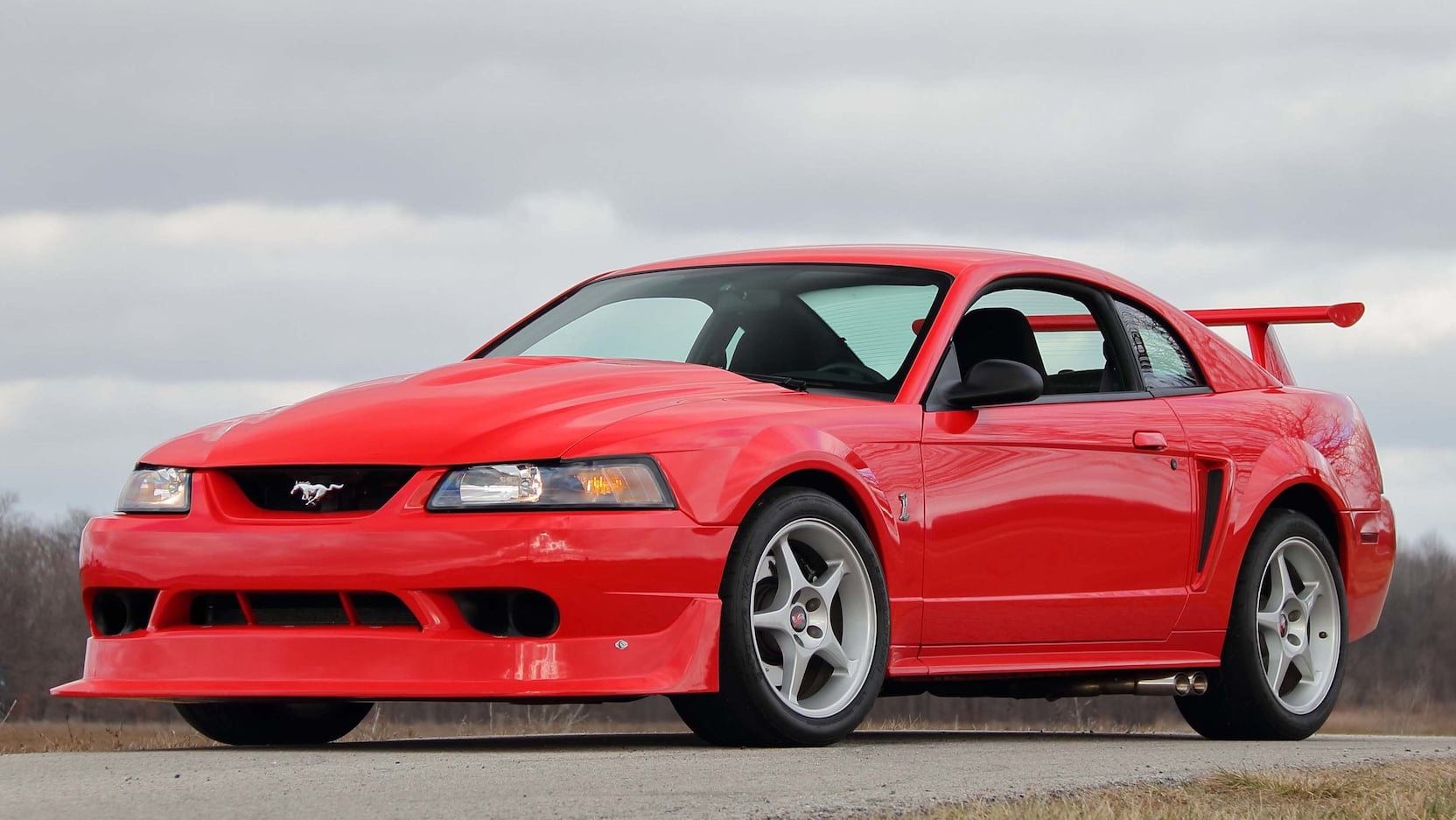 Blasting through the Arizona desert, it seemed like a good idea to find out if the 2000 Cobra R could live up to its highly-touted top speed. Ford’s Special Vehicle Team engineers designed this R-model to hit 170 mph. It turns out, as your scribe witnessed, this ultra-limited rocket was up to the task and it did some with ease and stability.

As with all 2000 Cobra Rs, this example is painted in Performance Red and features a Spartan interior highlighted by Recaro seats. It rides on a highly-tuned suspension, upgraded with Bilstein monotube dampers, Eibach springs, and more. Big Brembo brakes slow its roll, while BFGoodrich tires plant the 385 horsepower from its 7,000-rpm powerplant.

These cars were the precursor of the modern performance Mustangs, and with only 480 miles on the clock, this example is a time capsule from a pivotal point in the progression of Mustang performance. To learn more, check out the Mecum Auction site.