By Steve Turner Photos by the author 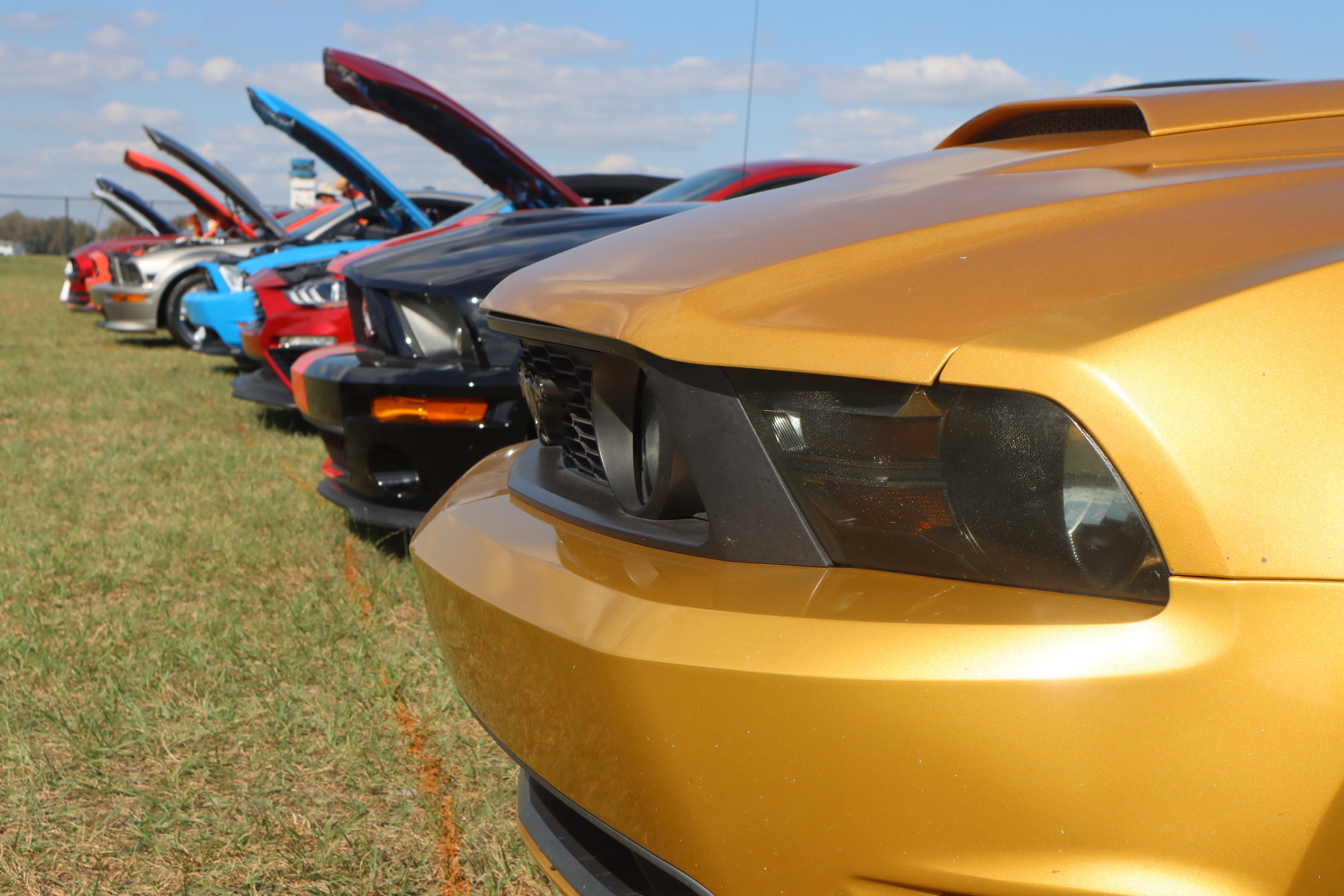 For nearly a quarter-century, the Imperial Mustangs of Polk County served as the host of a show that brings the original pony car together with its namesake airplane. In recent years, acquiring a plane became challenging, so the 24th Mustangs & Mustangs...Legends Havin' Fun 2022 held on February 26, 2022, went without a plane for photo opportunities.

That said, a wide range of Blue Oval machines still showed out at the Lakeland Linder Regional Airport, site of the famed Sun ’N Fun Fly-In. The spacious environment still hummed with the sound of airplanes and in the distance, Carlisle Auctions held its Lakeland Fall/Winter Collector Car Auction for those who wanted to take in a wider range of automotive eye candy.

While the Mustangs & Mustangs show attracts largely, well, Mustangs and some Fords from a wide range of model years, the show only judges 2019 and earlier Fords that preregistered for the show, with the first 150 registered cars receiving dash plaques. Same-day registrations were judged via popular vote.

Of course, we combed through the aisles to finda few favorites of our own, but for more beautiful machines from the show,check out the full gallery below.

This scribe has a soft spot for the Fox era, and few Foxes are more special than thevaunted 1989 Saleen SSC. Jack Redeker brought out his #12 example to the showand it gleamed in the Florida sun with all those Miami Vice-era vibes.

For some reason, ’68 coupes were standing out at this year’s show. Painted in a striking turquoise hue, Lisa Gourley’s 1968 Mustang coupe looked like the perfect ride to cruise into the burger stand and look for a race back in the day.

A man who knows a thing or two about Fox Mustangs is Matt Heimer. He owns several and operates a business, Horseplay Auto, focused on fixing them up. He brought out his daily driver, a 1979 Mustang Ghia that blends just the right mix of retro cool and restomod performance. On the outside, Penny is all original, but underneath it benefits from a laundry list of upgrades from the aftermarket and newer Mustangs.

Another standout classic at the show belongs to Rick Nelson. His two-owner 1965 Mustang GT survived Hurricane Sandy to become a fully restored stunner that still sports a number-matching 289 backed by a Toploader four-speed

Anothereye-catching coupe belongs to Lee Easley. His 1968 Mustang looks the part of aclassic but is motivated by a 347 stroker to the tune of 415 horsepower thanks to a supporting cast that includes aluminum heads, 650-cfm carb, and an Air Gap intake all from Edelbrock. A COMP Cams roller cam makes the magic happen and he bangs gears with a T-5 five-speed manual sending power back to a Currie 9-inchrear. This one must be a blast to drive.

Believe it or not, this group was not organized in advance. The show drew a wide rangeof rare Hertz Mustangs, which gathered for an impromptu photo. It is rare to see these cars in the wild, but his grouping included everything from the original to the last example of the famed Rent-A-Racer.

No items found.
Text Link
Image Gallery
more cool stuff
JLT PERFORMANCE 2020 Shelby GT500 Master Cylinder Cover
VADER MUSTANG 1969 Fastback on the Dark Side!
BLASTING OFF Watch A 2020 Shelby GT500 Run Over 180 MPH
BACK FOR MORE The Mach 1 Is Back!