Be King Of The Course With A Shelby Golf Cart 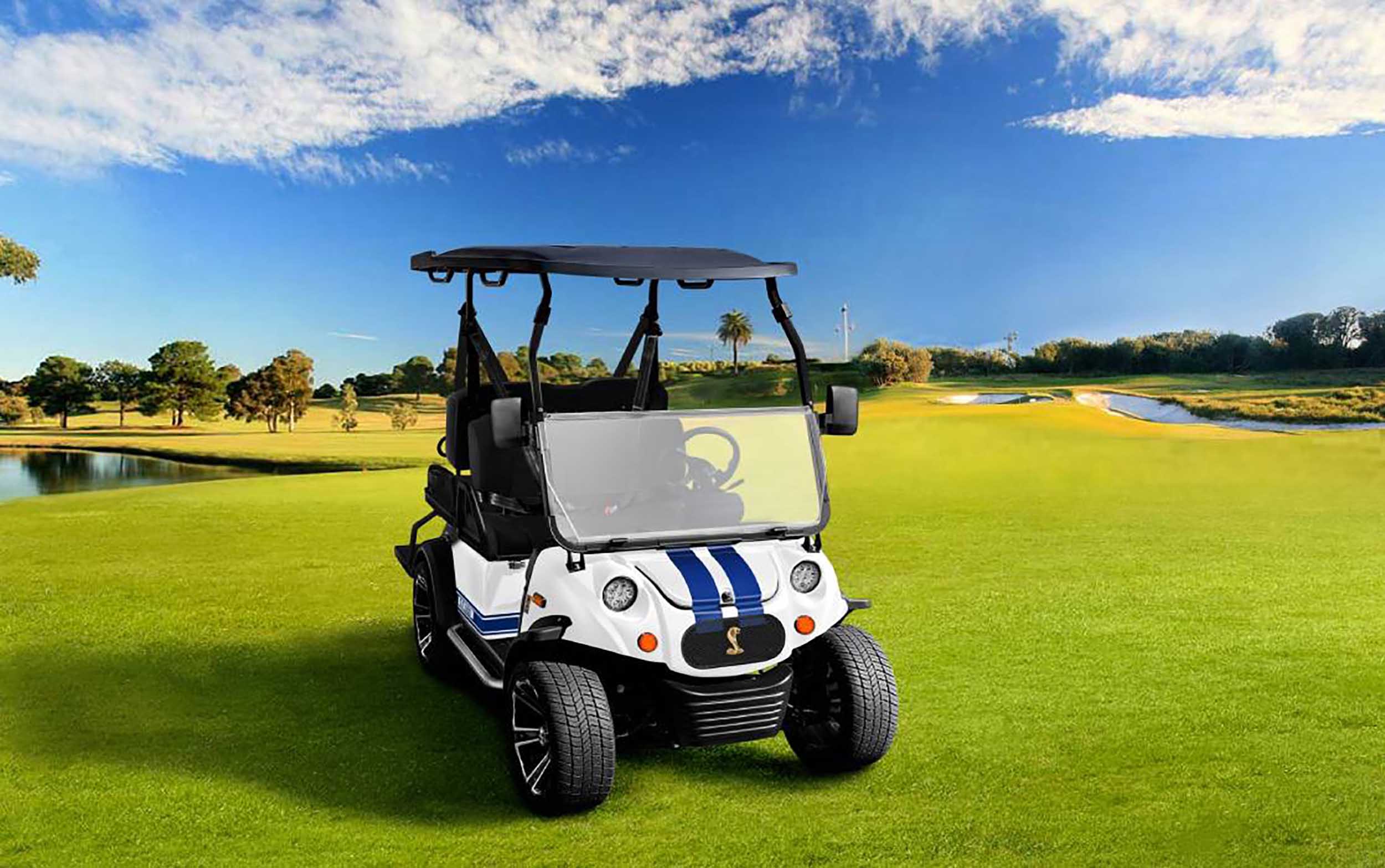 While there is much buzz about the latest all-electric Mustangs, there is another electric vehicle that might just get you excited. If you live in a community where a golf car is the preferred form of local travel, there is a way to cruise the neighborhood in Shelby style.

“Shelby’s legendary design features and style have become iconic in the auto industry and are now poised to stir fresh excitement in the golf cart world,” said Robert Silzer, CEO of DSG Global. “We believe this line is poised to shake up the North American golf cart market, distinctive transport vehicle in gated communities and the revolution will get underway on January 24.”

Officially debuting during the PGA Trade Show in Orlando, Florida, this series of Shelby golf carts from DSG will include two- and four-seat models that resemble the Shelby Cobra, Shelby GT350, and Shelby GT500. The Cobra and GT500 models even feature a selectable performance mode that allows toggling between a low-speed mode, tuned specifically for golf course operation, and a higher performance model.