By Steve Turner | Photos courtesy of Barrett-Jackson and Ford 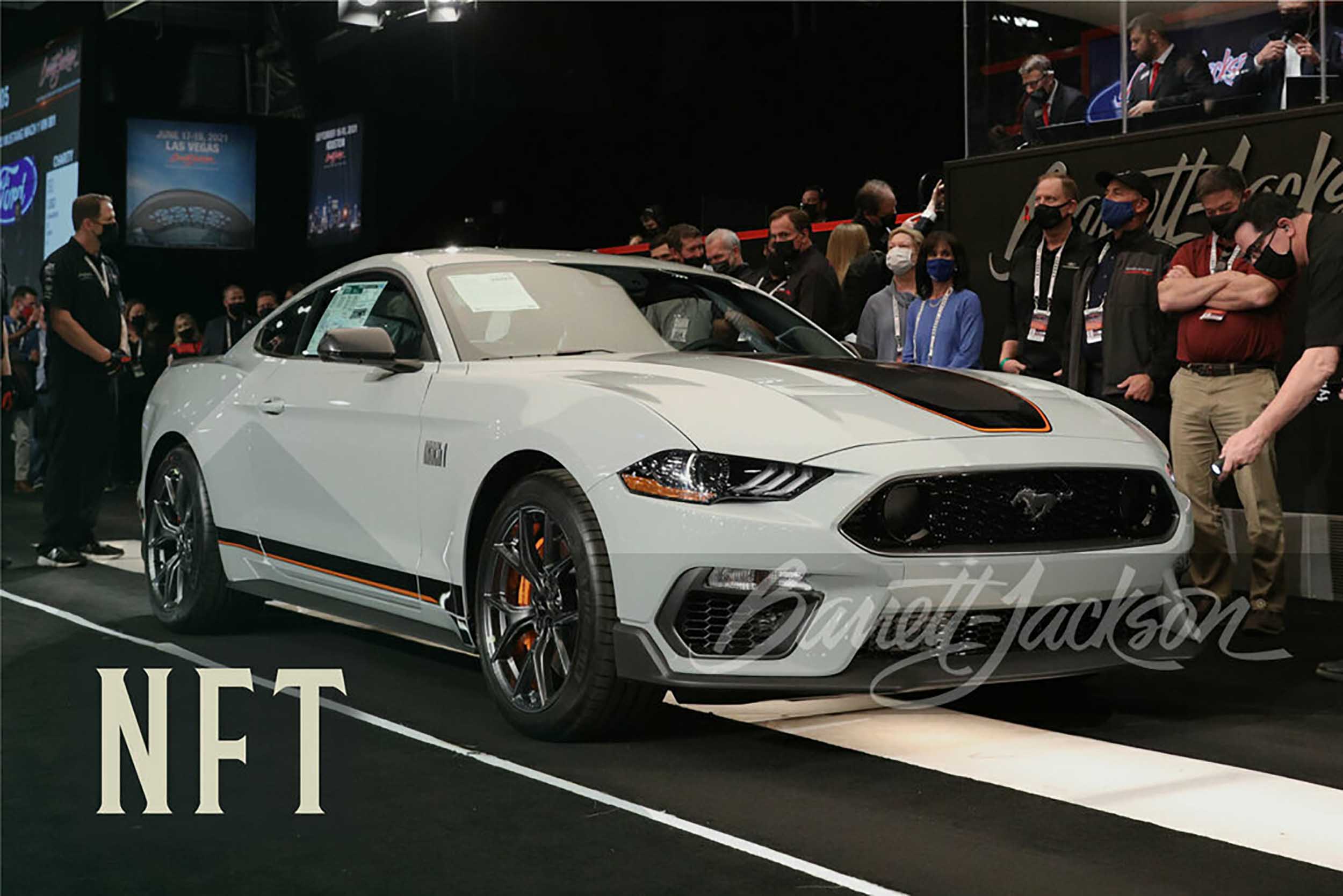 Collectors love exclusivity. Barrett-Jackson has done well selling a multitude of VIN 001 automobiles at its auctions. However, the company is branching out into the digital space offering NFT versions of several VIN 001 models, including the 2021 Mustang Mach 1.

We’ll forgive you if you aren’t fully up to speed on NFTs, but in short, they use the same blockchain technology that powers the Ethereum cryptocurrency to authenticate ownership of a unique photo, video, audio clip, or other digital file format.

In this case, Barrett-Jackson partnered with Motoclub to auctioning off NFTs of four VIN 001 models, including the aforementioned Mach 1 and the 021 Ford Bronco two-door.

“Barrett-Jackson sees some of the finest, most desirable, automobiles pass through its auctions every year, and Motoclub is positioned to offer the same high-end experience to car enthusiasts in a digital form,” Cameron Chell, Chairman of CurrencyWorks, added. “I’m really excited about the possibilities NFTs offer to the collector market and having the first auction feature such an exclusive set of cars is testament to the high-bar Motoclub is setting.”

If you want to get in on the cutting-edge action, you can check out the auction and bid right HERE.