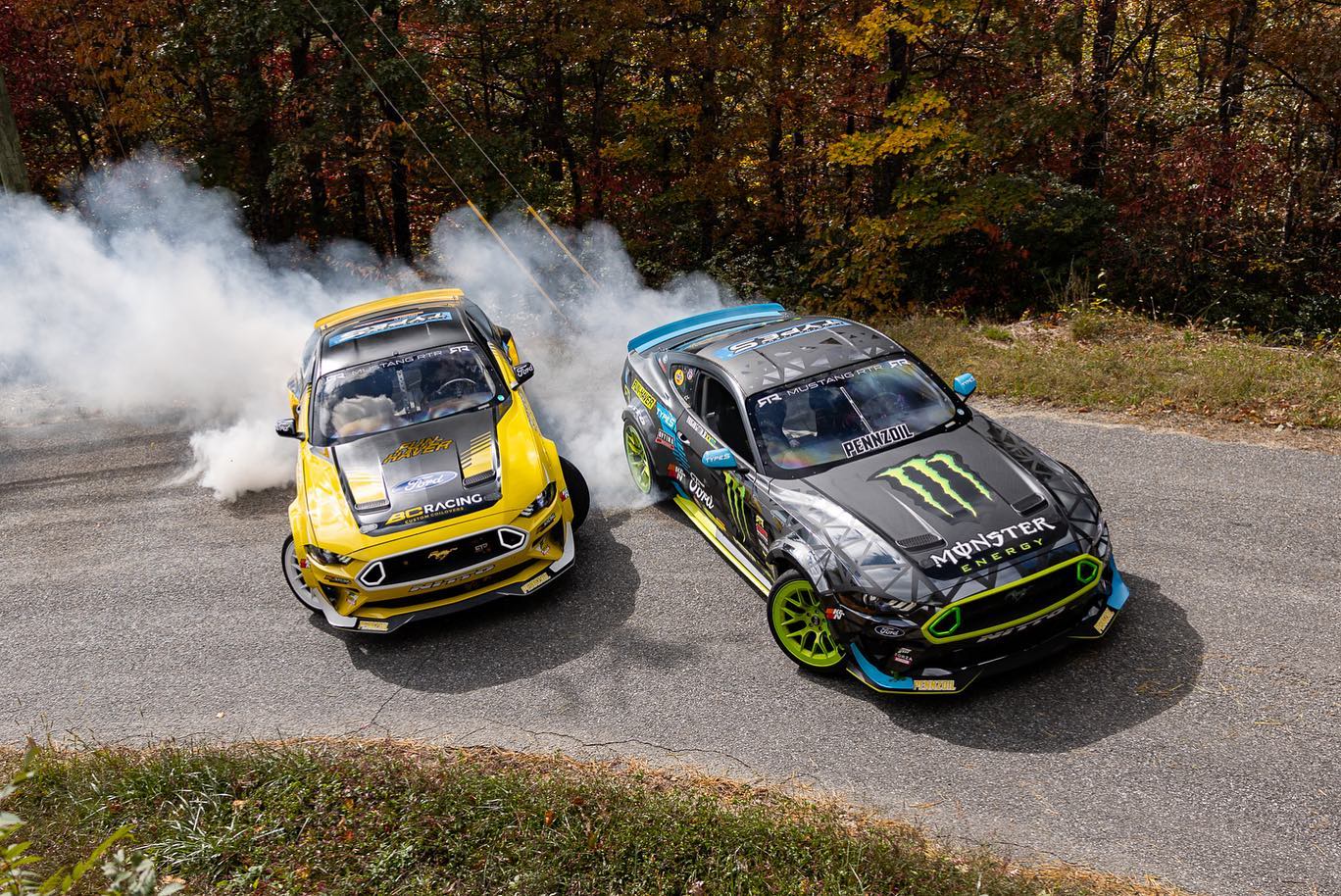 In Japanese, “Touge” means pass. Effectively it describes carving the curvy canyon roads. It is often used as a venue for drifting and street racing in Japan, and driving Touge is considered a true test of driver skill. With that in mind, Funhavers Vaughn Gittin Jr. and Chelsea Denofa decided to give it a try stateside.

“My man Chelsea Denofa and I took some inspiration from Japan to go head-to-head with his Pennzoil BC Racing Ford Mustang RTR Spec5-D and me in the Monster Energy Ford Mustang RTR Spec 5-D!” Gittin said. “Who do you think best conquered the backroads of Wilkesboro, North Carolina?”

While you would be hard-pressed to pick a favorite between these two tire-shredding titans doing their thing on the scenic roads of the Tar Heel State. However, perhaps even more impressive is the lead camera car — which had to stay ahead of these two — was none other than a Mustang Mach-E GT

“This shoot was a dream come true for me,” Denofa enthused. “My favorite type of driving/drifting is on mountain roads and to be able to go out and shred this real-deal, narrow, crowned, drop-off, no-guardrail-having road with my boy Vaughn Gittin Jr. really checks all the boxes in dreamland...”

The video looks amazing, and it truly showcases the two drivers’ car control, but more so it shows that the duo truly live that Funhaver mantra.